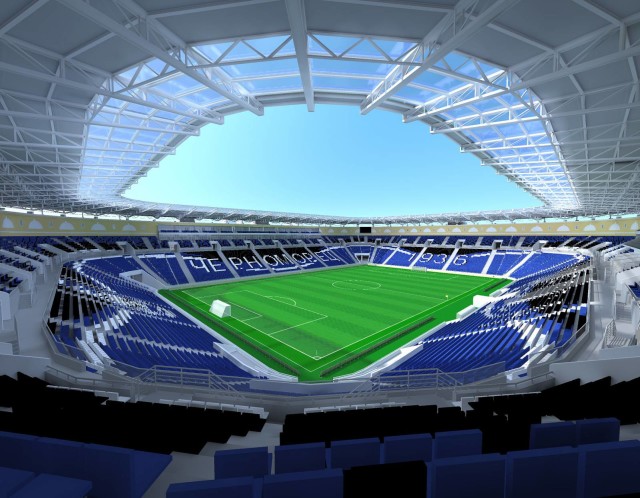 Odessa’s Ukrainian Premier League football club Chernomorets is facing a financial headache connected to a loan taken from a Russian bank in 2011 to finance the renovation of the club’s Black Sea coastline stadium. Sberbank of Russia have securing a court ruling in their favour over the Chernomorets management in connection with the multimillion-dollar loan, but the Odessa club has vowed to appeal and called for a compromise solution. Chernomorets CEO Sergey Kernitsky has commented that one possible outcome would be to declare the stadium bankrupt. Odessa’s football stadium was redeveloped as part of efforts to gain host city status for the Euro 2012 European Championships – a bid that ultimately failed. Nevertheless, it remains one of the most impressive stadiums in the entire Black Sea region.