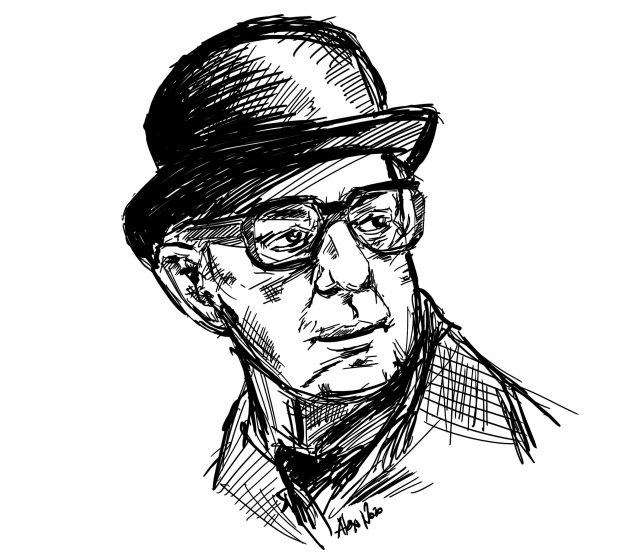 “Odessa is the Levant. It’s the Black Sea. Italian Garibaldists, captains and port labourers, the influence of France, the bandits who value wit above all else, Italian opera, memories of Pushkin, acacias, yellow bricks, love of jokes, and extreme curiosity about every detail. All this is Odessa”. — Konstantin Paustovsky.

The Soviet Russian writer Paustovky’s vision of the historical city of Odessa was perhaps too romantic, but it is one that is still very much alive among the city’s residents.

But what happens when such a romantic vision held by large swathes of the population intersects with architectural policy? Of course, it must be considered in regard to individual constructions, but also — on a larger scale, in city planning itself — where policy and the associated politics be-come involved.

The objective of urban planning is to create and define a well-thought-through and humane space within the urban environment. As such, the politics and policies of city planning can enrich or destroy, construct or diminish a city’s socio-cultural, historical and political identities.

Such policies are, in actuality, design and architecture written on a grand scale.

Perhaps Mark Twain summed up such local feelings best when describing Odessa in his travel journals:

“I have not felt so much at home for a long time as I did when I “raised the hill” and stood in Odessa for the first time. It looked just like an American city; fine, broad streets, and straight as well; low houses, (two or three stories,) wide, neat, and free from any quaintness of architectural ornamentation; locust trees bordering the sidewalks (they call them acacias); a stirring, business-look about the streets and the stores; fast walkers; a familiar new look about the houses and everything; yea, and a driving and smothering cloud of dust that was so like a message from our own dear native land that we could hardly refrain from shedding a few grateful tears and execrations in the old time-honored American way. Look up the street or down the street, this way or that way, we saw only America! There was not one thing to remind us that we were in Russia. We walked for some little distance, reveling in this home vision, and then we came upon a church and a hack-driver, and presto! The illusion vanished! The church had a slender-spired dome that rounded inward at its base, and looked like a turnip turned upside down, and the hackman seemed to be dressed in a long petticoat without any hoops. These things were essentially foreign, and so were the carriages — but everybody knows about these things, and there is no occasion for my describing them.

“We were only to stay here a day and a night and take in coal; we consulted the guide-books and were rejoiced to know that there were no sights in Odessa to see; and so we had one good, untrammeled holiday on our hands, with nothing to do but idle about the city and enjoy ourselves. We sauntered through the markets and criticized the fearful and wonderful costumes from the back country; examined the populace as far as eyes could do it; and closed the entertainment with an ice-cream debauch. We do not get ice-cream everywhere, and so, when we do, we are apt to dissipate to excess. We never cared anything about ice-cream at home, but we look upon it with a sort of idolatry now that it is so scarce in these red-hot climates of the East.

“We only found two pieces of statuary, and this was another blessing. One was a bronze image of the Duc de Richelieu, grand-nephew of the splendid Cardinal. It stood in a spacious, handsome promenade, overlooking the sea, and from its base a vast flight of stone steps led down to the harbor—two hundred of them, fifty feet long, and a wide landing at the bottom of every twenty.

“It is a noble staircase, and from a distance the people toiling up it looked like insects. I mention this statue and this stairway because they have their story. Richelieu founded Odessa — watched over it with paternal care — labored with a fertile brain and a wise understanding for its best interests — spent his fortune freely to the same end — endowed it with a sound prosperity, and one which will yet make it one of the great cities of the Old World”.

Those sentiments certainly remain true, but today the city is expanding, ever outward and upward — and architectural design is now very much an eclectic and individual affair without the consistency of design to be found in either the classical aesthetics of the imperial age or the practical dullness of the Soviets. Private capital now shapes the city rather than the wealth of the French aristocracy or the practical virtues of the Soviet central planners. Yet no building is an island in and of itself. Every structure is enmeshed with every man-made and natural object that is around it.

How in that case should the city attempt to preserve Paustovsky’s Levant, France and Italy? Or for that matter Twain’s America? How should the city attempt to retain whatever it can of Odessan Old World charm and ambience? What needs to be done beyond regulating zoning and robustly defending the historical city center from the ever increasing attempts to encroach upon it? Those attempts, after all, are nothing short of architectural and historical vandalism. And the final question: how can the city prevent the sorts of projects that irreversibly scar not only what is visible and tangible, but also the heart and soul of the city and its residents?

The key to doing so must be to embrace variation without letting it run amok. Spontaneity should be encouraged, but a Monet should not be hung next to a Warhol. There are both modern demands and the needs of future generations to consider. There are also international environmental and efficiency standards which Ukraine has obliged itself to meet. Which means there are two likely futures for Odessa’s urban landscape.

The first option would be to promote a fairly low density concentration populace with a high level of commuting and traffic. The second choice would be a high density populace reducing the need for commuters — but with associated increases in crime arising from a more “static” system. On the other hand, this would make the city more walkable. Publicly encouraging people to abandon the usage of their cars in favor of public transportation via architectural nudging and city planning is a worthy goal.

However, to ensure that these designs don’t run roughshod over their city’s native charm, Odessa citizens must engage with the City Planner. This engagement must be proactive if the resulting plans for design and architecture are to meet the requirements of the next generation without also offending its sensibilities or diminishing the social, historical and political identities that define Odessa. The city and her citizenry would do well to think of urban planning less as the bureaucratic work of talentless civil servants and more as the critical work of creative architects which will shape the city atmosphere for years to come.