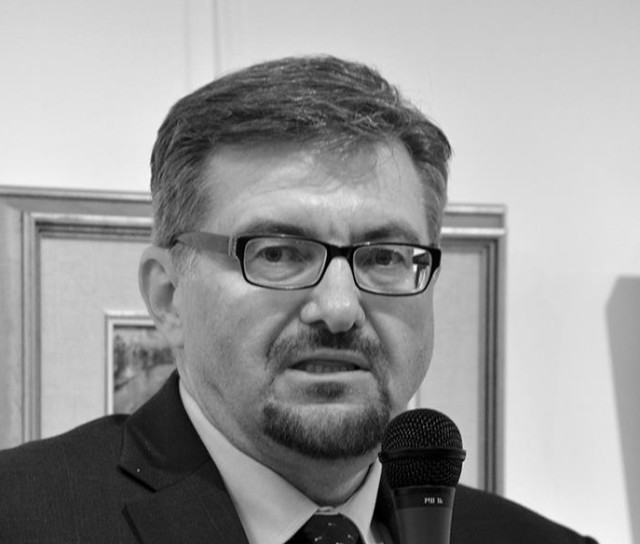 Serhii Plokhii is one of the most prominent contemporary historians specializing in the history of Ukraine across the English speaking world. Plokhii is the Mykhailo Hrushevsky Professor of Ukrainian History at Harvard University, and also serves as the director of the Ukrainian Research Institute. Over the last decade and a half he has emerged as one of the premiere explainers of Ukrainian History to Anglophone readers, for which he has been showered with accolades and awards. His latest book is the critically acclaimed “The Gates of Europe: A History of Ukraine.” This conversation between The Odessa Review’s chief editor and Plokhii took place immediately after the 25th anniversary of Ukraine’s independence from the Soviet Union on August 24th, 2016.

The Odessa Review (Vladislav Davidzon): So can you tell us about the reception of your book, “The Last Empire: The Final Days of the Soviet Union,’’ which was about Gorbachev and the final historical moments before the collapse of the Soviet Union?

Serhii Plokhii: I am actually now busy promoting the book that appeared after that, which is called “The Gates of Europe.” I have just supervised the release of the Ukrainian translation in Kharkiv. But, yes, “The Last Empire” really got a lot of attention. When I was working on that book and I started to look for a publisher, there was very little interest around. Publishers generally looked at the collapse of the Soviet Union as ancient history, something that no one would be interested in. That changed with the events of Maidan, and with the Russo-Ukrainian conflict, and the book got a lot of attention.

OR: Did you expect as much attention as that book wound up getting?

SP: No, I didn’t expect it at all, especially given the initial reaction that came from the publishers, that is to say, that I was turned down by a number of prominent publishers. Although it was a work of history that the readers looked at and considered to be a kind of historical introduction to what was happening in the region at that time, meaning the time period between 2014 and 2015.

OR: So it turned out that your book hit the Zeitgeist and not the other way around? You didn’t write this book predicting that events would make it so timely?

SP: No, no. As all historians, I’m probably more interested in the past than in the present, and with that particular book, I was too slow and missed the next anniversary. It was 20 years or something like that. So from that point of view I was behind that deadline. Then, unfortunately of course, all these dramatic and tragic events in Ukraine happened.

OR: So to return to the Gorbachev book, what lessons from it are most timely in terms of the independence of Ukraine? What would be the most germane lesson that history could teach us 25 years later?

SP: Probably that empires and multi-ethnic states do not disappear overnight. The collapse of an empire is a process rather than an event. I was writing the book as a work of history, and history is something where people generally agree that it is a process that already came to an end. I was writing this work on the end of the Soviet Union, and what I didn’t realize — was that it was not exactly the last chapter in the history of the Soviet Union, and that the process had a continuation.

OR: That process is just taking place now.

SP: Right, and the disintegration of the Soviet Union didn’t end in ’91. To a degree, a new chapter in that drama of disintegration has just started. It’s not over today, at this moment. We have to look at the events in Ukraine, the events in the post-Soviet space, events in Russia and Eastern Europe as a continuation of that collapse. The Soviet collapse itself is not an absolutely unique thing in world history. What I mean is that a disintegration of the USSR understood as one of the last empires, one of the last traditional empires that were in place during the 19th and 20th centuries, is not unique. From that point of view, we can gain a  a better understanding of history unfolding in front of our eyes by putting the events of 1991, 2014, 2015, 2016 in the context of the disintegration of those empires, much like those of the British or the French or the Portuguese. That seems to me the most productive framework for us to think about today and also for looking into the future.

SP: History played an important role in the conflict that unfolded in Ukraine. We witnessed a competition of different narratives and interpretations of history, as history played an important role in terms of the justification laws by both sides of what was happening when the military actions began in 2014-15. Let’s take the example of Novorossiya, or New Russia project, which as far as its architects are concerned is deeply rooted in the Russian Imperial past. But from the Ukrainian perspective “New Russia” is part of the lands that were home to the Tatars and Noghays and were first settled by Ukrainian Cossacks. You have clear parallels between the annexation of Crimea in 1783 and now in 2014. To mark the latest annexation of the peninsula in Russia, they struck medals which are really very similar to the ones from the time of Catherine the II — on the background is the map of Crimea. There was a lot of history that was involved in the conflict, and a lot of that history was presented wrongly, it was misread.

SP: First of all by the Russian side, it was really an instrumental use of history. The imperial narrative was pushed far ahead. I was appalled with the way that the Russian propaganda played the Bandera card, and how Ukraine was playing it in response. That was something that I thought really needed the intervention of a historian. Historians can intervene in a number of ways. I have chosen to write an overall history of Ukraine in order to explain to myself, to the public in the West, and to the Ukrainian public, where Ukrainian society of 2014-2015 came from. How could it be possible that Russian speakers and Ukrainian speakers, that Ukrainians and Russians, the Jews and Ukrainians got together and decided that the Ukrainian state was something that they are prepared to risk their lives for? It is to a degree a new phenomenon, a commitment to the state, a commitment to a political nation that crosses ethnic, linguistic, cultural boundaries. My book tries to explain what is in the history of Ukraine that contributed to that factor.

OR: Do you think other Anglo-American and English speaking historians in Western academia are dealing with this issue appropriately or cogently?

SP: There are partisans of different approaches. One of the partisans that stayed clearly on a very strict position, which can be called pro-Russian, would be Stephen Cohen (of the left wing “Nation” magazine) of the United States, and that’s maybe one extreme. Then you have people who have a very strong pro-Ukrainian position, it would be Volodymyr Viatrovych of course. We all know about the controversies created by the so called “de-communization” laws. I was trying to look as objectively as I could, not making a particular point who is right and who is wrong, but trying to explain what is happening first of all in historical terms. My main goal was to understand and explain the phenomenon of the Ukrainian society of 2014-15.

OR: What would you say about the history wars that are taking place here within the Ukrainian intellectual sphere? What would be your detached view as a historian of the former Soviet Union, Russia and Ukraine who is now living in Boston?

SP: The history wars started before 2014. Though the lines in that war were drawn long before the real war began, and when the Ukrainian society in 2014-15 came together across all sorts of dividing lines, the intellectuals, the historians refused to do it. There was lull for a while and now the lines are drawn again and they are just fighting each other, and that’s a counterproductive way of conducting any kind of business, especially the business of keeping the society together. That comes because people continue to push their lines, people have personal animosities, people just refuse to respond to the challenge of the times. The challenge of the times from my perspective is the transition of the Ukrainian society from its imperial and post-imperial condition and creation of a modern nation. This is a very complex and difficult process. In today’s conditions we see the collapse of the former communist Soviet narrative of Ukrainian history, which is caused by the annexation of Crimea, by the war in Donbas.

OR: So that’s a healthy process?

SP: It’s a healthy process but what you see as a result of that is the creation of a vacuum. The big question is what that vacuum will be filled with. Either it will be an old fashioned nationalist narrative, which is making inroads now, or it will be an idea, an understanding, a platform which is based on civic nationalism and patriotism. For me the main problem with the Ukrainian national discourse today is its inability to divorce itself from the tropes of mid-twentieth century. The Ukrainian national narrative is very young and immature, UPA, OUN, Bandera, it’s all the same, there’s no differentiation. That narrative is much less developed and sophisticated than the narrative of the Great Patriotic War. The Ukrainian narrative is still struggling trying to differentiate between the sacrifice of ordinary Ukrainians for the freedom of their country and nationalist ideology of interwar times. It’s immature, it needs to be differentiated and developed, and at this point it’s just a quarrel instead of a discussion.

OR: Well thank you for speaking to us. We look forward to your forthcoming book about the life of Stepan Bandera.

The Future Of Shopping In Ukraine: A Conversation With Retail Expert Nic Wolfs