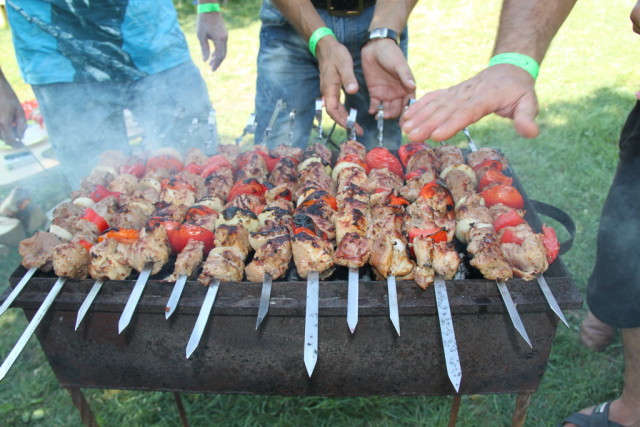 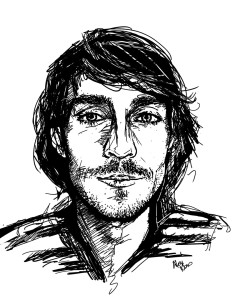 A bit of history.
Where to go.
What to cook.

It is the first day of May. The weather is neither hot nor cold – the perfect atmosphere to spend some time under the open sky, shed your winter clothes and lie down on the grass to enjoy the warmth and awakening nature of springtime. After all, the arrival of spring is much better experienced outside the city limits. This is the probable reason for the tradition of the first spring picnic, or “Mayovka”. It is no coincidence that Mayovka is a big part of specifically urban culture – it is a way to get away from the confines and stress of city life.
There is a general consensus among historians that the tradition of Mayovka began in the Russian Empire (which Ukraine and Odessa were part of for a long time) under Peter I, who is famous for trying to instill western traditions in his land. As we know, in Europe the first day of May has long been traditionally associated with the spring sowing season, as well as with the mystical Walpurgisnacht which took place on the cusp between April 30th and May 1st. It was European foreigners who first began celebrating May 1st in St. Petersburg and Moscow by holding festive picnics outside of the city limits. Soon, this tradition made its way to the “Southern Capital”, as Odessa was then known. Only later, in the late 19th and early 20th century as the Leftist movements developed all over the world did May 1st become associated with the “workers of the world”. In retrospect, we can’t say for certain why the Russian revolutionaries decided to appropriate the May 1st festivities and use them for their gatherings; perhaps it was to hide the then-underground movement from the authorities, to mix business and pleasure by conducting meetings in a relaxed nature setting, or perhaps it was to attract more and more workers into their ranks – working people always being eager to enjoy a good drink and meal.

Most likely, the real reason
was a combination of all three.

Most likely, the real reason was a combination of all three. As a result, for the duration of the USSR the political and civilian holidays overlapped. The political demonstrations were the official part of the day, and the nature picnic – the unofficial part. However, the Soviet times are gone and today most Odessites do not associate May 1st with the International Day of Workers’ Solidarity, red banners, or signs reading “Peace. Work. May”. May 1st means a day off, and it means holding a Mayovka – relaxing under the open sky and barbecuing shashlik! Let’s begin with the first topic – the locations where the May festivities are held.
Usually, people like to hold the Mayovka somewhere by the water. In Odessa – a port city – many people spend the festivities on the the grassy cliff beaches, with their patches of shrubs and trees. Of course, the areas of the city which are closest to the shore have the highest concentration of revelers. Those who want a more quiet and private experience usually head away from the city center. The shores near Bolshaya Fontana and Chernomorka (the former German settlement of Lustdorf) are two good options. One could also go farther beyond the city limits to the resort areas such as Sanzheika and Karolina-Bugaz. Many Odessites choose the shores of the Hadjibey frith as their destination, or go even further to the Dniester and Turunchuk rivers, where the Mayovka festivities can be combined with fishing trips. Those who own private homes and summer residences often simply hold a barbecue in their courtyards, where they cook the main Mayovka delicacy – shashlik. This food is so popular in Ukraine, Russia, and the entire post-soviet space that it merits its own aside.
The shashlik is a non-negotiable part of the festivities. The dish’s name has a Turkic origin, “shish” being the Turkic word for the skewers on which it is cooked. Interestingly, according to some sources shashlik appeared in the Russian Empire after the conquest of Crimea by the Russian general Christoph von Münnich in the middle of the 18th century. Supposedly, the dish appeared in Ukraine first owing to its proximity to the Tatars. Southern Ukraine has no forests and firewood was always in short supply – because of this, it was much easier to cook pieces of meat over coals than roast an entire boar or ram over the flames. There is a vast amount of shashlik recipes. Before cooking the meat must be marinated with spices, onion, wine, vinegar or even kefir (yogurt). The meat can be of any kind, and even fish, mushrooms, and vegetables are even prepared over the coals in the same way. Often, Orthodox Easter falls on the last days of April or beginning of May and some Mayovka festivities are influenced by this holiday; as evidenced by the presence of colored eggs and the traditional Easter Cake on the picnic spread. This year, the Orthodox Easter will fall exactly on May 1st!

The shashlik is a non-negotiable part of the festivities. The dish’s name has a Turkic origin, “shish” being the Turkic word for the skewers on which it is cooked.

It has to be noted that Mayovkas are never held in city parks. The only permitted city zone is the seaside park area, where open flames are not permitted but one could still bring a grill. It is forbidden by law to drink alcohol in public areas, but many people get around this rule by hiding their drinks in an opaque bag. The most important thing is to respect the comfort of other visitors by maintaining cleanliness, quiet and order. If these conditions are met, the police are usually very tolerant towards such celebrations – and in some cases, may join the celebrants in sampling the shashlik. After all, it’s nearly impossible to resist this culinary masterpiece!