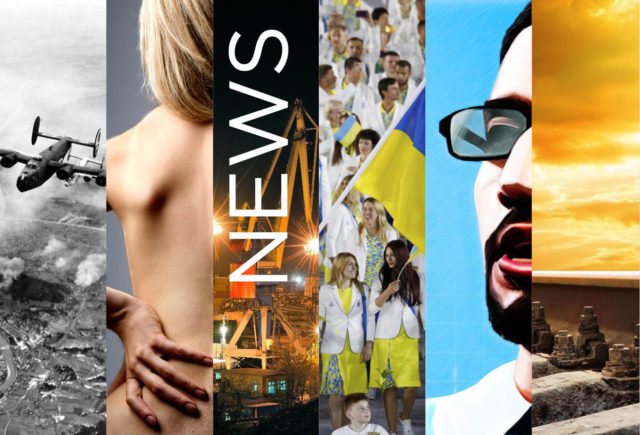 A New Railway Branch Will Connect Moldova And Ukraine

“Moldova is planning to build a 55 kilometer long railway branch between Marculesti and Soroki, bypassing Transnistria and shortening the journey to Ukraine by 235 kilometers” — announced Anatoliy Shalaru, the Minister for Transport and Road Infrastructure of Moldova. He also noted that the Moldovan authorities have already turned to the leadership of the European Union, the European Bank for Development and Reconstruction as well as to the European Investment Bank with a request for project financing in the amount of 70 million euro.

Currently, trains that transit through the territory of Moldova are forced to make a long detour in order to bypass the Transnistrian region. The new branch is expected to be built parallel to an already existing roadway shortening the bypass. At this time, there are only two passenger trains with routes through Transnistria from Kishinev to Moscow and to Odessa. The rest of the passenger trains, as well as freight trains with Transnistrian and Moldovan goods travel through the north of Moldova. This makes the train route 500 km longer, thus increasing costs and decreasing the volume of transport since the carrying capacity of the “northern Moldovan way” is two times lower than that which goes through Transnistria.

It was previously reported that the railways of Ukraine and Moldova are intending to implement this project and also to conduct a reconstruction of the Artsyz-Berezino section. This would help complete the railway communication bypassing Transnistria, thus creating a straight path from Moldova to the ports of Odessa.

A New Gadget Will Fix Your Posture

Several Odessan students want to help people with their posture and have developed a gadget that can take care of it while you work. Mevics promises its users a feeling of wellbeing and vitality by the end of the work day. It is well known that a good posture contributes to the health of internal organs, encourages proper breathing and good circulation and prevents nerve pinching and fatigue. Mevics is to be attached under the clothes with a magnet or a velcro strap. When the user begins to slouch, the gadget vibrates as a reminder to stand or sit straight. Gradually, the muscles of the back are trained and the habit of good posture is formed. The smartphone app monitors the position of the back in real time and records data about the user’s posture in the course of the day.

Currently, Play Market carries the Android app, and the iOS version should be released in mid-November. Mevics was created by students of the Odessa Polytechnic University: Viktor Latinate (CEO), Maksim Tribunskiy (hardware development), and Vladislav Morzhanov (software development). They completed the prototype in three weeks, creating the first version of Mevics. The startup has a website where they are taking preorders and already have 300 potential clients. The Mevics team is now conducting testing with unbiased users in order to gather feedback before the first production round. The gadget is going to sell for $70-75 and those who preorder will get a 30% discount.

According to the press service of the Ministry of Infrastructure of Ukraine, the parties have agreed to explore the possibility of investment into the port sector of Ukraine, and also to work on the introduction of the international “best practices” in port asset management. The document evidences the intention of P&O Maritime to invest into Ukrainian port assets, primarily into the towing fleet. The Minister of Infrastructure Vladimir Omelyan commented that “today we signed a document which confirms that Ukraine is prepared and has assets that are attractive to international investors. It is no secret that Ukraine needs partners that can offer not only investment, but an effective system of management with high social standards. DP World and its subsidiary P&O Maritime are exactly that kind of partner”. P&O Maritime is a leader in maritime services for governments and organizations worldwide. The company was formed 179 years ago and continues to operate vessels in dozens of countries over all seven continents. Today P&O Maritime is a subsidiary of DP World, a prominent port operator with more than 60 terminals on 5 continents, owned by the government of Dubai.

A Ukrainian Finalist In The Google Science Fair 2016

Four young scientists from Ukraine became regional finalists of the Google Science Fair 2016. This year, the competition received thousands of entries from 107 countries. According to competition rules, participants have to be between 13 and 18 years old. The top 100 ideas were chosen from different regions of the world, with the awards ceremony taking place in Mountain View, California on September 28th, 2016. The main prize is an academic grant for $50,000. “All projects are impressive in their creativity and a thoughtful approach to world problems — from the technology of water purification to the creation of eco-fuel,” – the company noted.

Polina Hadeeva is a student at Odessa specialized school #117. His project description notes that: “I have always been interested in the exact sciences such as physics and mathematics. Last year I began taking extra classes in astronomy. I went on a tour of the Odessa National Mechnikov Committee observatory that is located in the village of Mayaki in the Odessa region. There, a scientist named Vladimir Koshuba showed me images of the asteroid 2012 LC1. I became fascinated with asteroids, because there is always a danger of the Earth colliding with one. That is how I decided to do photometric research of the asteroid 2012 LC1.” Polina adds that she would like to become an astronomer, and to study physics at Oxoford University. Participating in the competition allowed her to share the results of her work and obtain experience in the writing of research papers.

Body Of An American Air Force Pilot Found Near Odessa

Since July of this year, a search for the remains of air force pilot John D. Mumford, shot down in the summer of 1944 above the Odessa region, has been carried out by the employees of an American agency responsible for those killed in action and prisoners of war, the Department of Civilian-Military Cooperation of the Armed Forces of Ukraine, and the National Military History Museum of Ukraine.

The remains of the second lieutenant of the U.S. Air Force and the fragments of his P-51 “Mustang” fighter plane were discovered a few hundred meters from the Ukraine-Moldova border, by the village of Novye Troyany in the Bolgrad district. He was identified by his personal tags as John Mumford. Mumford had taken part in the Soviet-American operation “Frantic” in the course of which American bombers were making shuttle flights in the triangle formed by Great Britain, Italy, and Poltava, carrying out air raids on strategic military and industrial sites of Nazi Germany and its allies. The name of John Mumford is etched on a memorial for American soldiers in Florence, Italy. He was awarded the Air Medal, the Purple Heart, the American Campaign Medal, and World War II Victory Medal.

Nikolay Milchev, a forty eight year old shooting competitor, is rightfully considered to be one of the most experienced athletes. These Olympic Games are the fourth in his career. The Odessite already brought home gold in 2000, having set an “eternal record” in Sydney. He was rightfully given the honor of carrying the Ukrainian flag at the Olympic opening ceremony.

Ukrainian gymnast Oleg Vernyayev became the 2016 Olympic parallel bars champion, winning the first gold for Ukraine in these Olympic Games. His performance was scored 16,041 (7,100 for difficulty and 8,941 for execution). Vernyayev also claimed silver in the men’s artistic gymnastics all-around competition.

Ukrainian canoeist Yuriy Cheban won the second Olympic Gold for Ukraine in RIO-2016. In canoeists finals of 200 m distance he finished with 39,279 seconds result and became a two-time Olympic champion with his previous Olympic Games 2012 in London.

The annual international cycling race “Odessa Grand Prix” took its route through the historic part of the city. The prestigious event is taking place for the second year in a row and is included in the European cycling calendar. 15 teams from 6 countries were competing for victory at a distance of 142 kilometers. Gold and silver went to Ukrainians from the team “Kolss-BDC”: Alexandr Prevara (with a winning time of 3:34:50) and Vitaliy Buts. The bronze was taken by Belorussian cyclist Alexandr Golovash, who arrived 14 seconds later.

16-year old Odessite Diana Yastremskaya had her successful debut at the Wimbledon championship in London. In the semi-final, our countrywoman beat the top junior tennis player in the world — Olesya Pervushina from Russia, but lost in the final to another Russian player. After the tournament, she rises to 6th position in the international junior rankings.

At the Olympic games in Rio, Ukrainian tennis player Elina Svitolina beat the top tennis player in women’s singles Serena Williams, with a score of 6:4, 6:3 in two sets.