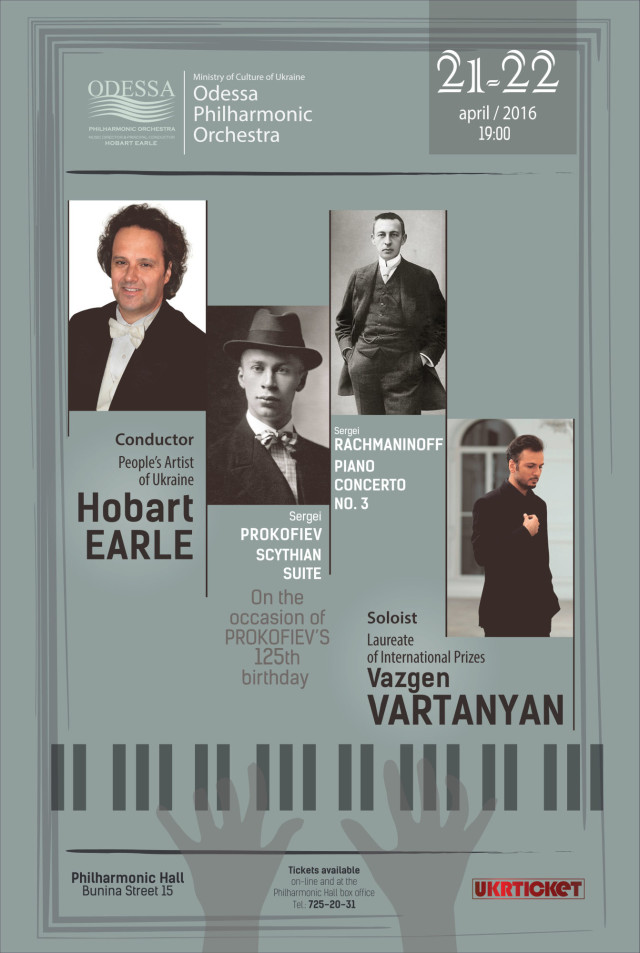 It is Prokofiev’s 125th birthday this week – so the Odessa Philharmonic will be performing his wonderful “Scythian Suite” ‎ under the capable baton of it’s legendary American conductor Hobart Earle.
A wonderful and little known fact is that Earle has been conducting with the philharmonic for 25 years. In fact his first ever rehearsal with the orchestra took place on April 23,1991 – which was also Prokofiev’s 100th birthday!
The concert will also include Rachmaninoff’s 3rd Piano concerto and a solo performance by Vazgen Vartanyan.
Hobart Earle’s long interview the Odessa Review appeared in our April issue: