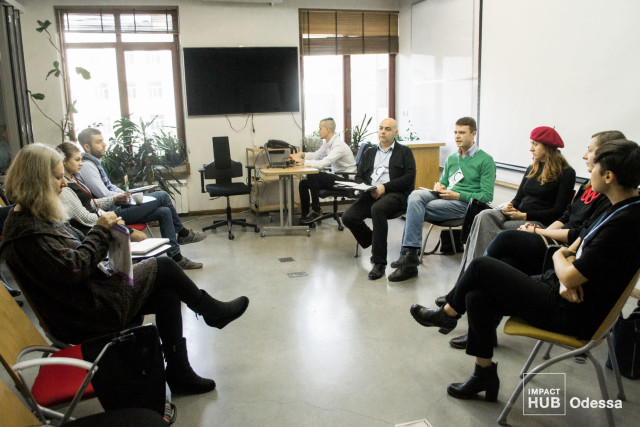 On November 26th, Impact Hub Odessa hosted a Creative Economics Day. For the first time, festival organizers, independent theater directors, contemporary art curators and other representatives of the creative community in Odessa came together to see what they have in common and how it can be used for the benefit of the city. The Odessa Review was proud to take part in this event, represented by the Managing Editor Regina Maryanovska-Davidzon on the panel, and Editor-in-Chief Vladislav Davidzon in the audience.

Тhe discussion, named “Creative City Odessa” and moderated by Alexnader Dobroier (curator at Impact Academy) touched upon the undeniable creativeness of Odessa and what’s preventing it from becoming a center of creative industry in Ukraine.

Victoria Olishevskaya (Lviv-Odessa), urbanist and curator of the project NEWbassein, shared a pessimistic view: “I don’t think that Odessa is a creative city, there is a provincialism problem. But the solution might be in technologies and science. For example, there are an open laboratory Hub Lab, Robotics Center at the Food Academy and other centers that can foster development in  these areas.” 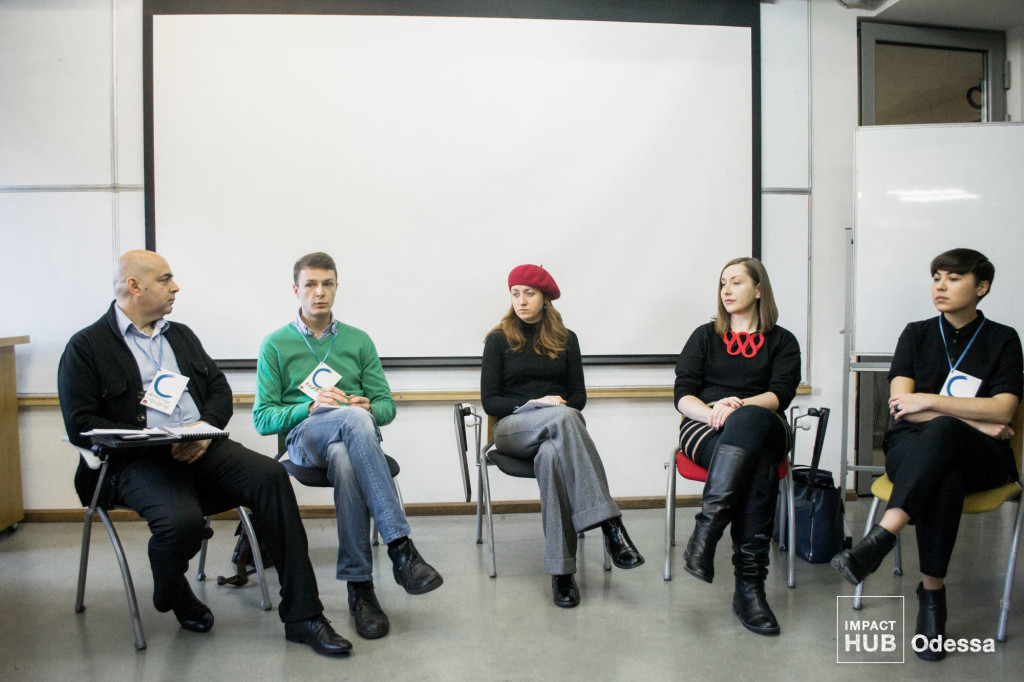 Regina Maryanovskaya-Davidzon (New York-Odessa), filmmaker and co-founder of The Odessa Review project was a bit more optimistic: «Odessa is definitely a creative city with a great potential. We created our project as a bridge between Odessa and the Western world, to showcase what happens here. Today Odessa has the chance to become a Ukrainian Berlin or Prague,to be an attractive and comfortable city not only for the residents, but also for the creative class from all over the world».

Andrew Pavlov, deputy director of the Lviv Convention Bureau and Honorary Ambassadors of Lviv program coordinator spoke about the development of business tourism as exemplified by Lviv: “Business turns the quantity of tourists into quality». At the request of the moderator Alexander Dobroier, he identified five factors that influence the choice of location for conference tourism: security, internal infrastructure, convenient transport links with the city and the country, local community support, a partnership with the municipality.

Investment Development Agency Director Alexandra Oleynikova, who moved to Odessa from Kyiv, expressed her opinion on Odessa’s creative development: “There is nothing wrong with the famous Odessa culture, but it has nothing to do with the modern city. We are faced with the question: should we hold on to the past or move forward into the future? There is the ‘Odessa courtyard,’ but let’s move beyond that. On the other hand, we are faced with serious underlying infrastructure problems that create difficulties in attracting the creative class. Right now we are forced to deal with roads, storm drains, sewage and other prosaic things.” 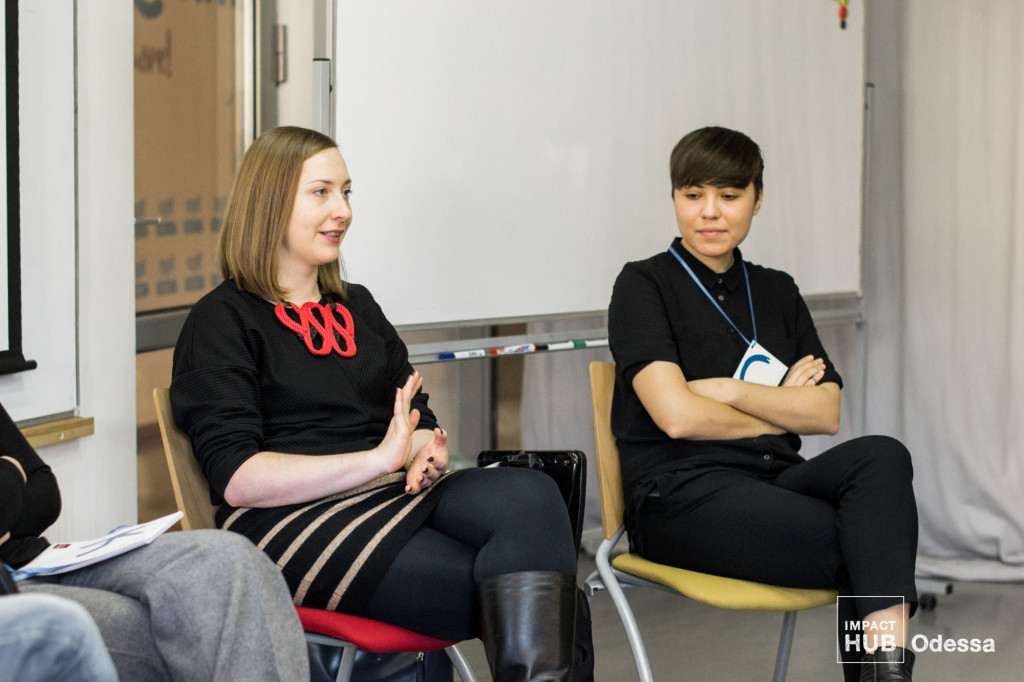 The audience participated actively in the discussion, sharing their opinions, views on the problem and its solutions. One interesting point was that before building a bridge between Odessa and the world, it is necessary to build a bridge between Odessa and its residents, who can be quite passive and lacking initiative. Alexander Dobroier summed up: “The city is its people. Money can come very quickly, it is important to be prepared for it: from good sewage to secure business practices.”

The final chord in the debate was sounded by the Editor-in-Chief of The Odessa Review Vladislav Davidzon. He answered the question of what reasons that can inspire a foreigner to move from New York to Odessa:

“It’s very interesting here — Russian speaking liberalism will live and develop here as it does in America and Israel. Why Odessa among the other cities of Ukraine? Lviv is too conservative and religious. In Kiev the are a lot of infrastructure problems: uncomfortable, inconvenient, and with poor housing conditions. Odessa is the only city in the country where creative people can live well, to have all the resources of a large cosmopolitan city and not have Kyiv’s drawbacks.”

Some other conclusions that were reached in the discussion were: That there should be a point of interaction between the public and the government because without it any changes will be slow; every city resident must feel that he has the power to change the situation and that outcomes depend on him; it is essential to involve the young people, students and children; there must be an open flow of information and points of interaction in the creatively active population.