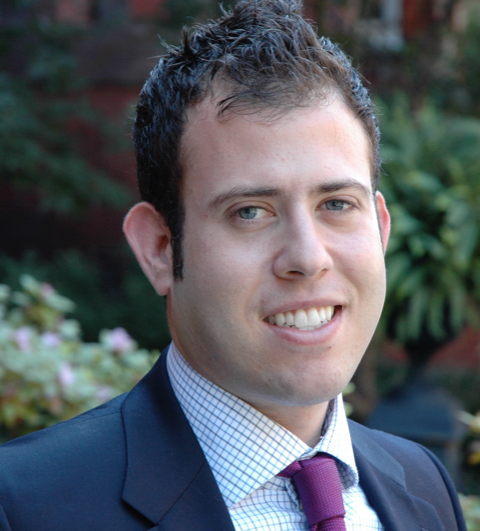 The American journalist James Kirchick has spent many years covering Europe and European politics and thinking about the details of America’s role in Europe. A visiting fellow at the Brookings Institution’s Center for the United States and Europe, he is a columnist for Tablet Magazine, a correspondent for the Daily Beast, and a contributor to a wide variety of publications including The Los Angeles Times, Commentary, Foreign Policy and the Frankfurter Allgemeine Zeitung, among others. A year ago he published his “The End of Europe: Dictators, Demagogues and the Coming Dark Age,” an important polemical and repertorial study of the issues facing the Transatlantic. The paperback edition of the book hits bookstores this week.

Kirchick has previously appeared in the fourth issue of The Odessa Review to discuss the the state of LGBT Rights in Ukraine.

1) Thank you for joining us to discuss your valuable contribution to the policy debates. So your book has been out in the world for a year now and the dictators and demagogues of the subtitle are sadly still with us, though I shall resist the grandiloquent temptation to make judgments about the `coming dark age` that the subtitle predicted. You have spent a lot of time reporting on Europe and you are a strong proponent of the American-European Atlanticist relationship. The book, it has to be said, is a fairly pessimistic appraisal of the state of a number of liberal democratic polities in Europe, and it is written from a decidedly American perspective. Some would say that  some of the issues that you raised in the book have gotten substantially better and that 2017 was actually a year of retrenchment from the standpoint of European liberal democracies, that it was a much better year than 2016, when all sorts of major things went very wrong.
So, would you say that things gotten better or worse since the book was published?


It’s hard for me to say that 2017 was a substantial improvement over 2016. Yes, the center held in France, Germany and the UK — the three biggest EU countries that had elections last year. But Marine Le Pen doubled the vote percentage her father won in 2002, the Alternative for Deutschland will now be the official opposition in Germany, and Jeremy Corbyn is likely to become Prime Minister of the United Kingdom. My book is composed of 8 chapters, reach a reported profile on a country (or the European Union itself) and a problem facing it. Issue-by-issue, the problems get worse. Viktor Orban is more popular than ever and the government in Poland just passed an outrageous law criminalizing any discussion of individual Polish complicity in the Holocaust. Brexit draws closer and the British government has absolutely no plan. Germans say they put more trust in the Russian president than the American one, and Berlin’s scandalous Nordstream 2 project proceeds apace. Anti-semitic violence continues to drive Jews out of France. As your readers well know, Russia remains firmly entrenched in Crimea and Eastern Ukraine, and every day, more Europeans speak in favor of lifting sanctions on Moscow, putting short-term economic gain over Europe’s postwar security architecture. The only bright spot may be Greece, which appears to be moving back into growth.

2) Would you say that the rhetoric and actions of the Trump administration have made things worse for European liberals and internationalists? After a year of the Trump administration, would you say that it is a threat to NATO of the sort that was widely feared before his inauguration? What should the Europeans, including the euro-skeptics make of the first 12 months of this brave new world?

Donald Trump is awful for many reasons, not least of which is the grief he causes pro-American, transatlanticist Europeans. Trump seems to confirm every awful stereotype, prejudice and slander of Europe’s anti-Americans. “See,” they can say, “we told you America is a nation of bellicose slobs. Just look at the barbarian they elected! Better for us to detach ourselves from the United States and pursue an independent path. Oh, and that Vladimir Putin guy doesn’t sound so bad.”

On the other hand, the policies of the Trump administration towards Europe and Russia are not nearly so bad as what those of us who vehemently opposed Trump feared. We have not quit NATO; far from it — Washington’s military commitment is increasing by billions of dollars and governments in Poland, Ukraine and the Baltics all report positively on their cooperation with the Trump administration. We are finally selling weaponry to the Ukrainian government, something which has had wide bipartisan support in Congress but was stubbornly blocked by the previous administration. Russia is more heavily sanctioned today than it was under Barack Obama. Increased U.S. oil and natural gas production is also bad news for Moscow. If Donald Trump is a Russian plant, he’s not doing a very good job of it.
On the other other hand, Trump’s being in office is a victory for the Russians on a narrative level. He makes America look like a joke. He is the living embodiment of the Putinist argument that the West is no better than Russia. Trump accentuates partisan divisions here in the United States, making it more difficult for us to act decisively abroad.

What Europeans should understand is that Trump’s election is a continuation of America’s inward-looking trend. There is far more continuity between Obama and Trump than either man’s supporters would like to admit. Obama gussied up his policies of American withdrawal in the lofty language of multilateralism and international cooperation; Trump does it with jingoistic “America First” rhetoric. The results are not dissimilar: a world in which America is less influential.

3) So would you say that the effects of the Trump presidency on the American led alliance system, especially within the purview of the relationship with Europe have already manifested itself in a very negative fashion? Do you think the sort of draw down of American commitments have scared Europeans enough, and do you see that process as a reversible one?

One thing we all should have learned in 2016 is to be far more circumspect in our predictions. It is far too early to make any sort of sweeping claim like “the era of Atlanticism is over.” Had a few voters chosen differently in a handful of states, Hillary Clinton would have been elected president and a whole slew of books about populism, the death of democracy, and the end of the West would be found in the remainder bin. Most European governments seem to be dealing with Trump pragmatically, largely ignoring his outrageous statements and silly behavior and dealing with the administration as if it were a “normal” Republican one. This far, Trump’s threats about tying American defense commitments to NATO spending have produced many verbal assurances that spending will increase, but not much more. The new German coalition agreement does not make any mention of the commitment to spend 2% of GDP on defense, despite Berlin’s having agreed to do so at the 2014 Wales summit.

4) So a year on from the book release date, is there anything that you have reconsidered or might even backtrack on? And what if any advice might you proffer to policy makers?

Alas not. The problems I highlight all seem to be intensifying. As for how to respond, I think doubling down on the values and alliances that have made Europe great to begin with are in order. Stand up to Russian aggression. Defend democratic values, pluralism most of all. Don’t give Islamists an inch. Stick with a social market economy but encourage more entrepreneurship. Don’t give up on America.