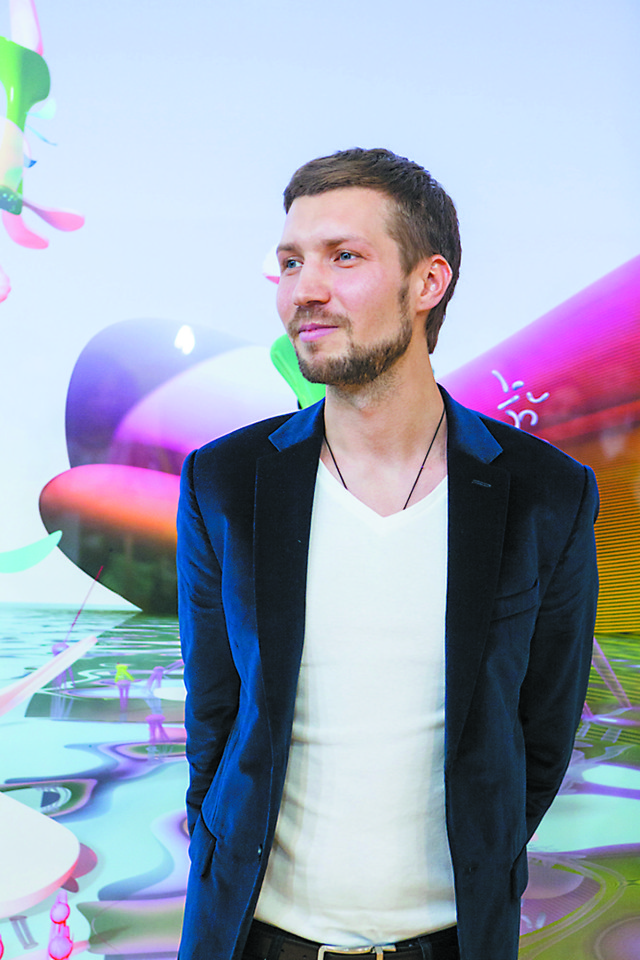 The DELPHINIUM flower is the star of the “Honey Plants” exhibition poster — a very common Ukrainian field flower with a powerful honey fragrance much like the similar EREMUS — a fragrance so strong that bees are known to fly into apartments where the flowers are present. The exhibit itself contains five large-scale (3×5 meters) digital paintings.

The author is Stepan Ryabchenko. Ryabchenko is the son of painter Vassily Ryabchenko and the grandson of famous graphic artist Sergey Ryabchenko, and started out as a successful architecture student before turning to painting himself — with a digital twist. I first saw his enormous works in the Ukrainian National Museum of Art in Kyiv. It was a digital work created with the aid of computer editing, and to be honest, I must admit that at the time the works struck me as somewhat unfinished and even uninteresting. I even thought to myself, “…is this the famous Vassily’s grandson?” However, I would soon spot his name in the Forbes magazine 2015 “30 Succesful Ukrainians Under 30” list, and later discover that his works were displayed in two Saatchi Gallery exhibitions (Contemporary Ukrainian Artists / Saatchi Gallery, London, United Kingdom, and Premonition: Ukrainian Art Now / Saatchi Gallery, London, United Kingdom, 2014, 2013), as well as twice in the USA (Long Path to Freedom / Ukrainian Institute of Modern Art, Chicago, USA, 2014 and New Perspectives: 8 Contemporary Artists from Ukraine / Ukrainian Institute of America, New York, USA, 2015). On top of this, Ryabchenko is a laureate of the “Kyiv Sculpture Project” International Contemporary Sculpture Competition. 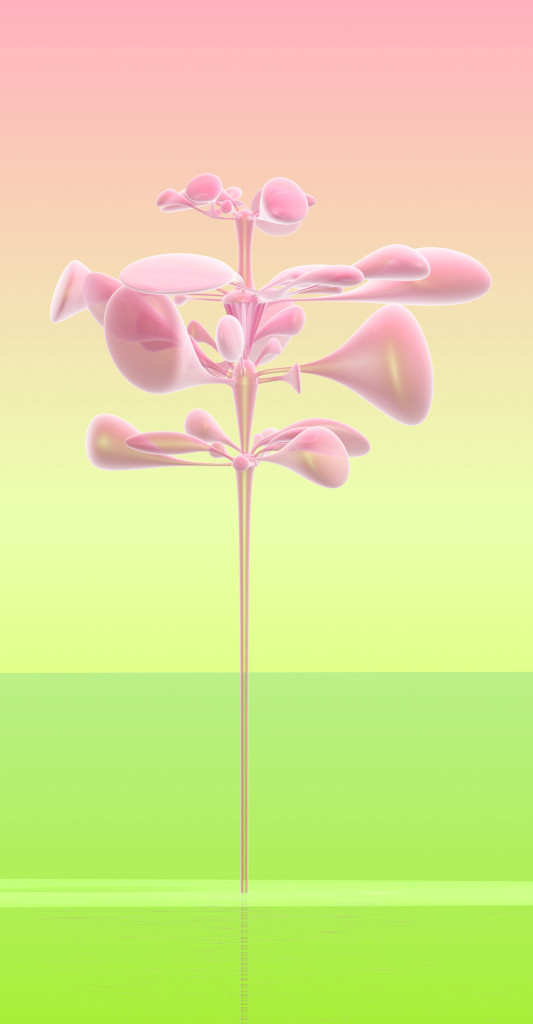 These revelations led me to realize that perhaps I was drastically underestimating digital art as a field and Ryabchenko’s work specifically. Katya Taylor, the Ukrainian curator who organized Ryabchenko’s exhibit at “Invogue” (located right in the center of Odessa), provided her expertise to help me (and anyone else who may have felt the same way) dispel my preconceptions about the medium. As soon as I saw the works presented in the current exhibition, my prejudices against digital art faded away. This was truly great, bright, vivid and attractive art. I most definitely did not doubt Ryabchenko’s creative lineage anymore — despite being created digitally and not with a brush or pencil, the works showed true graphical refinement. The quality of the exhibited works left no doubt in my mind — the digital medium can produce true works of art. The Honey Plants reveal their own stories as the viewer wanders through their mysterious virtual world. The canvas titled “Zelenostup Drevovidny” stood out to me — the image seems alive with expression, dimensionality, even movement; its depth makes it take on a life of its own; and this truly causes the virtual dimension of the works to resonate with the ecological themes of our own, real world.

Presented alongside the works are texts describing the story of each one of the “object” — creatures, which only make their virtual presence more real. The swirls of vivid neon colors tell the story of a future where the digital blends with the real, a lush forest-paradise on earth, but can there be a paradise on earth in the midst of war? Stepan affirms that one of his aims was to get across this difficult time in Ukrainian history, when war is raging, people are angry, stressed, confused; and chaos reigns. He says he wanted to change the situation, affect the status quo, provide some sort of positive impulse — but everything began with the theme of computer viruses… Stepan Ryabchenko enlightens me: “In the cyber-world, a virus can be visualized, given some sort of corporeality. The idea is to visualize something that, technically, does not exist — like in the movie “Predator”, they could not battle the creature until they were able to see it. In my mind, this idea became somewhat romantic, even beautiful…the transition from viruses to flowers came naturally, as the continuation of this “virtual story”. Today, you can “paint” an amazingly refined, detailed image without ever picking up a brush; and there are many more creative options — animation, sculpting, 3D imaging — you can bring your work from the digital world into the real one”. One such example of art migrating from the digital to the real is Ryabchenko’s sculpture “Pillar of Fire”, which became the winner of the Ukrainian National Sculpture Competition. 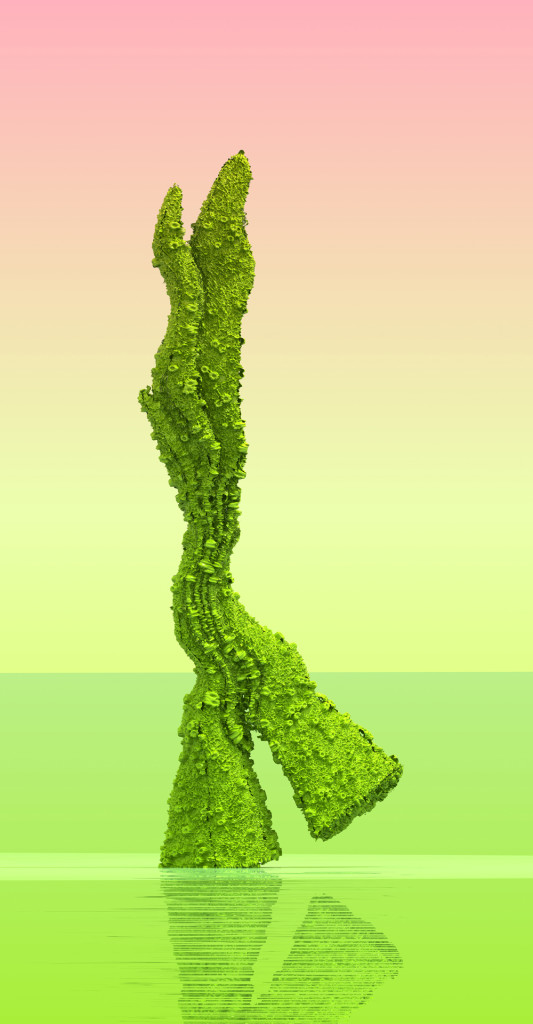 ABOUT The Artist: Stepan Ryabchenko came to contemporary art through architecture. In his bold and vibrant projects, the artist “plays” with space, transforming it and designing new environments. Means of making digital images are at the same time tools for creating a virtual world and a reflection on the “virtualization” of existing reality. In his various installations, sculptures and pictures Stepan Ryabchenko tells a large-scale and ambitious story of virtual reality with its ideas, heroes and mythology. The focus of his work is on the interaction between the new media and classic visual art traditions, the boundary between real life and the virtual world, and the new nature of art.