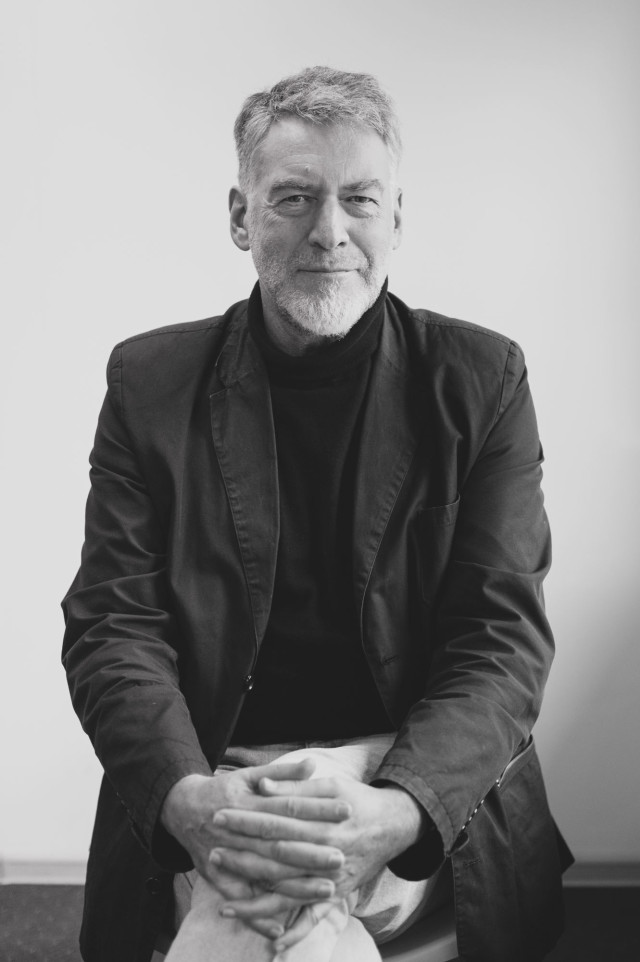 Artemy Troitsky is a journalist, music critic, promoter and broadcaster who played a vital role in popularizing independent Soviet rock music, as well as establishing the post-Soviet musical culture. He has published a large number of works about the Soviet underground that have been published in Great Britain, the United States, Europe and Japan. Currently, Troitsky resides in Estonia, primarily involved with social journalism, but continuing to host radio-projects “Pesni i Plyaski” (Song and Dance) and “Zapiski iz Podpolya” (Notes from the Underground).

The Odessa Review (Alexandr Topilov): How important is it to understand not only musical, but cultural processes in general?

Artemy Troitsky: It depends on what one finds interesting. I know people who have a fantastic understanding of music, irreproachable taste, but are generally uninterested in anything taking place around that music. If they go to the movies, they watch “The Blues Brothers,” because of the great tunes, or “Basquiat” because it stars David Bowie. In terms of art, photography: what doesn’t have a direct connection to music doesn’t interest them. I respect these people, I don’t consider them somehow flawed. In this sense, I am far less impressed with superficial “hipsters”: they are here, and there, in the know about everything. But it’s really all the same to them, whether it’s trendy music, or trendy arthouse films, or а trendy gastro spot serving creative bagels. That kind of attitude evokes in me a feeling of light contempt. These people are not interested in substance — just the shell.

OR: What are your feelings towards hipster culture in general?

AT: Better hipster culture than “gopnik’ culture. As we said in the Soviet period: “Let him play rock-n-roll, so long as he doesn’t walk around with a switchblade and terrorize citizens.” So it’s better if they eat their gastro-burgers than hang around gyms with thugs.

OR: What propels musical innovation — individuals or time?

AT: Both individuals and time. This influence is dialectically linked, but first and foremost, it’s time. Time creates a drive and a force field in a specific place, and begins to pull in all kinds of personalities. For instance, take Sergey Kuryokhin. He was not a rock musician. In fact, he wasn’t a musician at all. He seems to have dabbled in jazz, but in general he was a strange visionary. Although he had a professional piano education, he may as well have studied theoretical physics. He never played any kind of rock until he, a genius really, was pulled into music by being in exactly the right place at exactly the right time. In the West, in the 1950’s, 60’s, 70’s and partly the 80’s (and here, in the 80’s and 90’s), it was rock music that created a “field of such tension, where any equipment burns out at once.” (Ed.: quotes song by Russian band “Aquarium”). This was the environment that attracted people. Now the main problem is that music does not create a melting pot for talent and genius, and this talent moves into the fields of technology, the internet, and devil knows what else. Today’s John Lennons and Frank Zappas are Elon Musks and Mark Zuckerbergs. The most important things happening now are in the realms of landing on Mars or genetic engineering, not in music. In the 1960s, music was the engine of all change. Today, there are other engines of change, and music is merely a by-product.

OR: And when was the last rev of that music engine?

AT: In terms of music influencing life, in my view everything came to an end at the beginning of the 1980s, when two important things happened: the new wave with post-punk, and the beginning of rap.

AT: No, that wasn’t the same already. Kurt Cobain was a latecomer, and Radiohead was the death throes. Speaking of music as such, then the end of the 80’s and the beginning of the 90’s — club music, the beginning of house and especially techno, drum-n-bass — was the last time genuinely new music was created.

OR: The 2000’s were a time of revivals: soul, rock, blues-rock. Did music previously develop in a linear fashion, whereas now it develops cyclically? Or is there no development at all?

AT: There is some kind of development. It is not just going in circles, but a kind of spiral — a very tightly wound one, which is not shooting up but is pressed down by the weight of its own accomplishments. Still, there are some interesting things happening in music from a technological perspective. I listen to an insane amount of new music, and I can see that new features are emerging. I would compare this with the period of great geographical discovery, when all of the new continents, islands were already discovered, but specific waterfalls and small streams had not yet been added to the map. Now, in music, these lasts strokes are being made. But globally, I don’t think there will be anything new.

OR: In your broadcasts there is an impressive geographical diversity of music. Are you somehow attempting to challenge the US and British musical hegemony?

AT: Generally, I am an anti-imperialist. I am against American imperialism, I am against Soviet-Russian imperialism, and I am especially against cultural imperialism. So from the very start, I aimed to include everything: from Papua New Guinea to Iceland.  This is very important to me. I know very well that people in France, Japan or Bulgaria are no less talented than the British or the Americans.

OR: Consider the example of German Krautrock, which has had an enormous influence on contemporary music. Could something similar occur with “Russian rock” (in the best sense of the term)? Could post-Soviet musicians have even a small impact on Western rock culture?

AT: I am afraid not. If something like that was possible, it would have happened a long time ago. There was a very favorable period for our music, in the 1980s, when everyone wanted stars from the USSR. Nothing came of this because there was no suitable music, we never had any interesting independent musical concepts. It is generally thought that unique types of music can only emerge in connection with national folklore, leading to the appearance of genres like Latin Rock and Folk Rock. In reality, this is not the case, because the most influential two branches of non-Anglo-American music, Krautrock and Reggae, have no relationship to the national folklore of their respective countries. They are related to the national character, to the temperament. For the Germans, it’s a kind of mechanized technique. The Jamaicans have – well, you know what they have over there… That is what impacted the development of these genres, rather than folk melodies.

OR: Any composition can be broken down into its component parts. For instance, a song comprises rhythm, harmony, melody and lyrics. Yet, there is also something else. What is it?

AT: Eddie Cochran sang about this in one of the first rock-n-roll songs — “Something Else.” It’s something that can’t be described. It is the thing which some hacks call “energy” and other hacks call “aura.” It is the soul, the spirit. Every great song has something like this, not subject to description or categorization, and often not even depending on quality of performance. Some kind of unique chemical reaction occurs between the words, the melody and the rhythm.

OR: Returning to our conversation about personalities, in your opinion – do personalities create unique subcultures, or do new subcultures draw their heroes out into the light?

AT: With subcultures, the role of personalities is far less than it is in music generally. Music is affected by cultural factors, as well as by relentless talent and genius, while subculture is influenced by fundamental, civilizational factors including prosaic ones like the economy. Subcultures arise out of economics, politics, mass psychology, and then they generate (or don’t) their leaders and heroes. If we look at the current hipster culture, it is clear that it has no heroes. Where are the “superhipsters”? Hipster icons? I can’t name one of them. It was the same with “gopniki.” Although, “gopniki” do have at least one icon: Vladimir Putin.