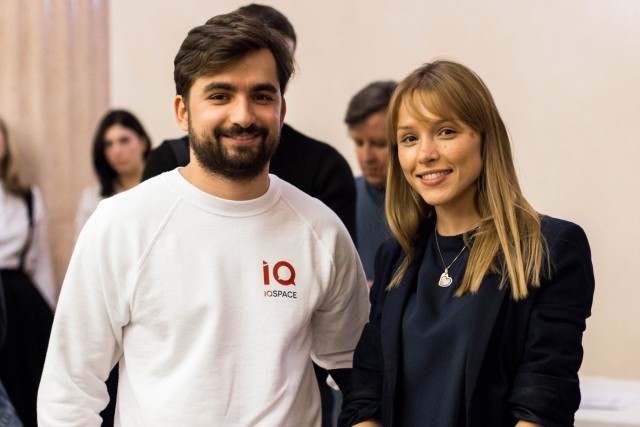 Social activism in all its various guises has been increasing across Ukraine.

The activity of NGOs and social entrepreneurs has been sharply on the rise in Odessa recently, but few have been able to achieve such prominence and reach as the social project platform Moy Gorod and the creative IT center iQSpace. Now, they are launching a unique undertaking which is promising to have the most resonance yet among the socially active portion of  city residents. The Odessa Review spoke to iQSpace co-founder Alexandr Yakovenko about taking responsibility for one’s environment, bringing the community together and the 4City philosophy.

The Odessa Review (Olga Lumerovskaya): How are iQSpace, Moy Gorod and 4City connected? Where did the idea for this project come from?

Alexandr Yakovenko: The connection is simple — when I met Artem Borodatyuk, the founder of Moy Gorod, it turned out that we had the same vision for solving problems and improving life in Odessa. 4City is our collaborative project. The ideology comes from the two of us, but it is happening thanks to a large community of co-founders.

The concept was inspired by a restaurant in Ivano-Frankivsk, Urban Space 100, which has 100 founders and has now operated successfully for two years. In our case, we will have 300 founders each contributing $1000, giving them the right to vote for projects that will be implemented with the profits of the restaurant. Actually, the commercial restaurant that makes a profit is only the surface issue, the main idea is unification of the community. Aside from Urban Space 100, there are no real analogous projects to this in Ukraine, or (maybe) in fact in the world. Bringing together so many people for the single purpose of improving their city — that is unprecedented.

OR: Are you an Odessite? Have you had an interest in improving the city all your life?

AY:  I was born and raised in Odessa, but no, I didn’t think this way all my life. After university, I considered leaving Ukraine because, you know, the grass is always greener… Then I founded a business here, started a family. Maybe I grew up, decided that I want to stay in Odessa and change the city for the better. I don’t like the situation in Ukraine and in Odessa in terms of people’s mentality —indifference is a huge problem. I think it must be a remnant of the Soviet past. But that is exactly what we want to change.

OR: What is the common denominator for your founders? Who are the people that understand and share the philosophy of 4 City? Most seem to be rather young.

AY: It’s easier to say what kind of founder we don’t have: we have very few businessmen of the old formation, who started their companies in the 90s. At that time, business was built with force, but our founders are mostly young people who have become successful using their brains. They are not necessarily CEO’s, but managers, specialists. Of course, most have decent salaries, are well-traveled, a lot of them from the IT or logistics industries. But in general, these are young entrepreneurs who are aware of modern trends and want to support important initiatives.

For the founders, just as for me and Artem, the primary purpose is to improve the city. At the same time, there is nothing wrong with them getting some promotion for their own businesses, projects out of this. Not that there is much fame to be had from our project, basically just their photo on the website. More importantly, successful co-founders who meet each other through 4City may decide to launch their own social projects for the city in the future.

OR: How will the projects be chosen? And, how will the founders and other Odessites find out about their progress and completion?

AY: A few times a year, the founders will meet, in person or through Skype, to select a few projects from the ones that have been submitted for consideration to 4City. Depending on how much money is available (70% of the restaurant profit), a few small projects could be chosen, or perhaps a very large one that’s really worthy. We will not have a quorum, because our founders are very busy people, so the decisions will be made by the majority of those who are able to attend.

The information about the progress of projects and their completion will always be available on the 4City website, perhaps in the restaurant itself. I also realize that it’s important for restaurant clients tо be aware of the 4City initiatives around Odessa, to see the effect of their contribution, but we don’t need special recognition or publicity. Even if the city authorities try to appropriate some of our accomplishments as their own, or we encounter bureaucratic problems, we can publicize this on our media sources or in magazines like The Odessa Review. In any case, we are not interested in politics.

OR: What are your hopes for the restaurant’s popularity? Will it be more for people who know about its mission, or a tourist attraction as well?

AY: We got lucky with the location, it’s a beautiful space, and we hope that it will become a tourist magnet. People will come there for the great food and atmosphere. We envision a short, but innovative and seasonally changing menu from which guests will also be able to learn something about successful social initiatives in other countries. We calculated that in the course of a year, we will have had 300,000 unique visitors, that’s more than 10% of the socially active population. These are the people we need to spread our idea, a kind of “4City Army.” They will bring other people to the restaurant, who will have a good time but also see on the bill that they contributed to something worthwhile. After a while, more and more people will be literally and figuratively invested in the projects.

OR: How do you hope to change the culture in Odessa?

AY: This format of a restaurant is what will allow us to reach a large number and eventually change their mentality. They may be skeptical at first, but after they witness the fruition of our projects, they will start thinking differently about improving the environment in which they live. They might realize that you have to start with yourself. Someone who invested in the installation of garbage cans, and watched the project come to life, might be less likely to throw trash on the ground.

We want to create a new perception: that helping the city improve is what’s “trendy” now. Someone might say, why does a restaurant for social projects need to have expensive chairs, fancy coffee. But they would be missing the point — we want to show that being involved in social entrepreneurship is part of having good taste, of possessing great style. If we can spread this philosophy through Odessa’s society, we could create something that will last, a kind of perpetual engine for social projects that make our home better every day.