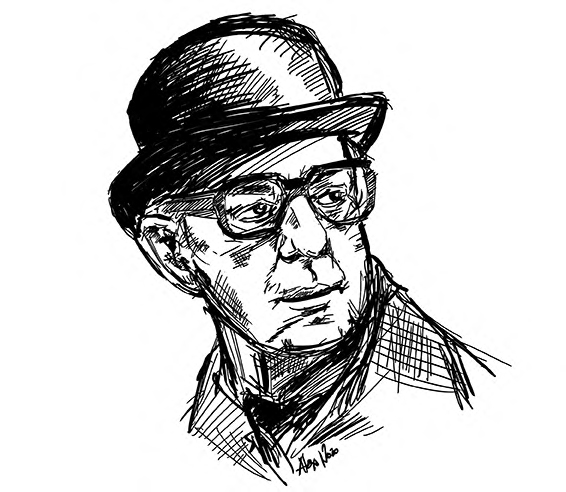 The immortal phrase of Ebenezer Scrooge “Bah Humbug!” in Charles Dickens’s “A Christmas Carol” is now forever engraved into the English lexicon. For the churlish Ebenezer Scrooge, it was a dismissive statement regarding the sentimental traditions surrounding Christmas. “Bah Humbug” later evolved within the English language as an expression of rebuke to statements that implied either deceit and deception, or nonsense and gibberish.

Aside from the overuse of “Bah Humbug,” the Christmas and New Year holiday period is for many people a time of reflection of what transpired over the preceding 12 months. It is a time to take stock of the decisions that had taken place, and for the setting of personal goals for the upcoming year; a time for peering past tomorrow and looking a little further into the future than many people would normally do.

What, then, can Ukraine expect from the year 2017 from a policy perspective? How will influences within and without the country affect its progress toward something approaching a democratic nation with robust State institutions and a civil service that actually serves the public on the one hand and supports policy makers on the other?  Will the cult of personality that has historically governed (and arguably currently governs) Ukrainian politics cede any ground to independent institutional structures and processes of transparency  and accountability?

Externally, with regard to the uncertainty that surrounds the policy of an incoming President Trump, perhaps the best case scenario is that Ukraine will have to fight very hard to prevent an American drift from its current policy position — and that Ukraine will succeed in doing so. Yet a drift seems much more likely than not, unless Ukraine finds a mass of critical support within both the Senate and Congress that will prevent a US policy drift. That is irrespective of whether such a drift would be a permanent or temporary one. Ukraine surely has some supporters of influence in both US institutions, but are they enough, are they stalwart, and would they advocate and/or manage policy sufficiently to its benefit?

The Kremlin policy position on Ukraine has not given any ground whatsoever over the past few years. A policy of exhaustion is still one that the Kremlin believes it will win, regardless of any pain it suffers meanwhile. Whatever the policy that President Trump takes toward Ukraine and whatever his policy toward the Kremlin will ultimately be — good or ill from Ukrainian perception — there was far too much rhetoric on the campaign trail that bears ill warning. The likelihood is that a period of drift may be exploited by the Kremlin if Ukraine does not defend its space. The immediate challenge for Ukraine is to prevent as much damage during that period as possible, for whatever is done will be extremely difficult to undo.

Clearly a bad scenario for Ukraine in the immediate future would be the removal of sanctions within 6 months of President Trump taking office, as well as the recognition of Crimea as part of Russia. If Trump’s campaign rhetoric is to be believed (and campaign rhetoric very often fails to match actions when actually in power), it is important to remember that he promised that he would “consider it.”

Once sanctions are undone, they will not be replaced even if a Trump led US drift results in the Kremlin misreading him and crossing whatever red lines he may have set. The European unity that has lasted thus far would not see them lifted just to be once again reapplied, even if such removal was realized.

So what of Europe?

It is very likely that 2017 and beyond will see the United Kingdom distracted by Brexit.  France, and afterward Germany, will also be internally distracted by contentious domestic elections.  Perhaps the best outcomes from a Ukrainian perspective would be a French President Alain Juppé and the return of Chancellor Angela Merkel? Confrontations over historical issues with Poland would certainly not be timely, as the political and/or diplomatic weight of Poland is required by Ukraine on the regional stage.

Of Ukraine’s major donors and thus far steadfast supporters, only the IMF and Canada will escape major internal changes. Unfortunately, it seems likely that due to insufficient political will, by February Ukraine will have failed to abide by its reform agreements with the IMF for future tranches of support, thus sidelining, either in part or entirely, a predictable and committed partner.

So which policy options are possible to mitigate these external factors as much as possible?

The Europeans, both collectively and individually, will have concerns about the changes in the White House and the campaign rhetoric that was espoused by its next occupant.  They, much like Ukraine, will have to make contingency plans for various scenarios and associated repercussions.  Ukraine would be wise to try to become part of as many possible collective strategies across as many policy arenas as possible. Avenues exist per the Association Agreement and obligations undertaken therein regarding EU Common Security & Defense Policy (CSDP). It would be wise to pursue this path wherever possible and employ the broadest possible definitions of security and defense to open as many doors as possible.

Ukraine also has to continue with domestic reforms, not only increasing the pace of their creation legislatively, but also insuring their successful implementation. Every nation likes to be associated with successful foreign policy, so those thus far stalwart in their support for Ukraine will not turn their back on a poster child for reform. Ukraine has to help itself and find the political will to tackle prickly policy issues at an increased pace. It will fall upon President Petro Poroshenko to rein in the appetites of those around him. It has reached the point where the mere mentioning of certain names in conversation causes every diplomat’s eyes to roll.

Much improvement has been made in sectors such as the significant changes in State procurement, the e-declaration of officials’ wealth, the clearing up of the banking sector, the removing of “zombie banks” from the banking system, and the move to market energy pricing. Whilst recognizing progress, it is important to understand that not much of it is perceived as a positive and tangible change for the working constituent voter when it comes to directly improving their lot — or providing the opportunities to do so.

On Ukraine’s streets the average voter will interact with a semi-reformed police force and will face dramatically increased utility bills when he arrives home. Next to that everything else will seem very distant. Those same voters have not had the opportunity to gloat in revenge over senior political figures who are serving long prison terms for engaging in corruption two years after the Maidan revolution.  Not one senior national figure has been convicted, none sit in jail convicted, and those that do seem likely to be convicted in the future will most likely be found guilty in absentia, and will serve out their sentence sitting in posh restaurants in Moscow and London.

In order to reverse, or at the very least halt, the ever-declining approval rating figures of the current leadership, something has to change swiftly. Otherwise, continued political pressure by populists within the Verkhovna Rada will continue to sway public opinion. The expectations for early Verkhovna Rada elections in the Spring will undoubtedly be vigorously pushed by the policy-less populists as soon as the New Year begins.

2017 may perhaps prove to be the most difficult year thus far for Ukraine despite all the progress it has made. It will have to have contingency plans in place to stand alone, and hope also that it won’t have to.  It can make policy decisions that may help mitigate that outcome should events beyond its control go in a negative direction. It also has to make policy decisions over domestic events that it can control but has thus far failed to find the political will to deliver.

Happy New Year 2017 — Bah Humbug? Perhaps not, but it is certain that a very difficult year awaits.