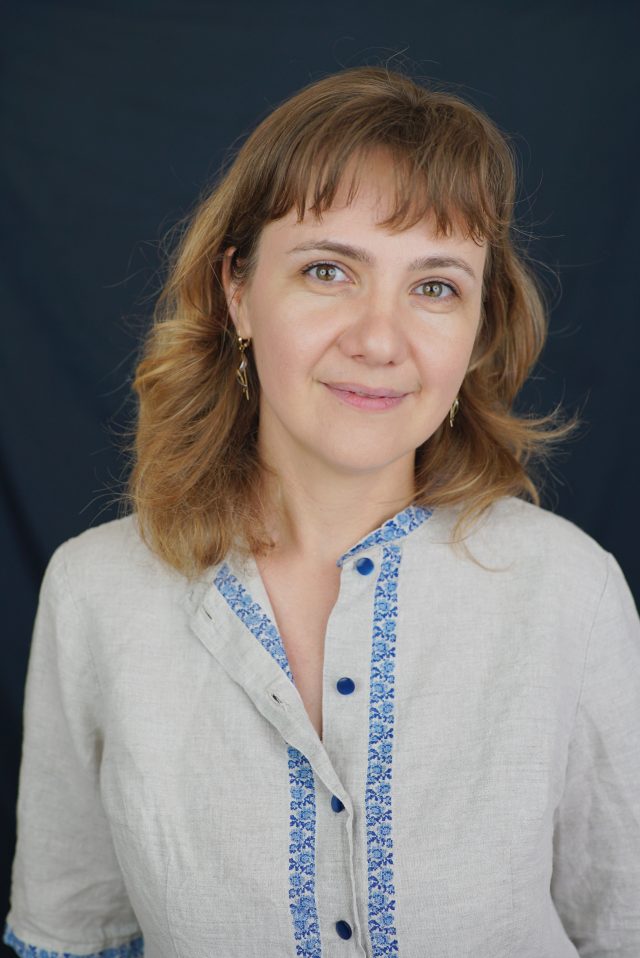 Relations between the states of Ukraine and Israel have always been robust, but they have grown significantly in recent years. One organization engaged in building a stronger bond between the two countries is “Israeli Friends Of Ukraine“ (also known as IFU). Ukrainian-born Israeli Anna Zharova, one of the organization’s co-founders, spoke to The Odessa Review about the values that bind the two nations and the importance of their relationship.

Anna Zharova moved to Israel 17 years ago when she was 20 years old. Even though she was born in Ukraine and had grown up in the country, she now thinks of herself as an Israeli with a Ukrainian background. Still, her connection to Ukraine has grown stronger after the events of the last three years. In late 2013, when Ukrainians began protesting the corruption of the Viktor Yanukovich government on the Maidan, Zharova at first felt very distant from it all. But after security forces shot and killed protesters in February 2014, she felt the urge to help her native land.

It all started with ten wounded Ukrainians being flown to an Israeli hospital. Together with other volunteers,  Zharova  assisted with translating for the wounded and helped them deal with their daily issues. She organized the procurement of medicine and of Ukrainian food. When the ten Ukrainians were back on their feet and went back home, she thought that her help would no longer be needed.

Then war broke out in  eastern  Ukraine  and Zharova and her friends quickly understood that they would need to continue their work. Together with seven other volunteers, Zharova founded the civil society organization “Israeli Friends of Ukraine”. The volunteers saw their mission as building bridges between two countries that they felt had more than a bit in common.

Ukraine is home to one of the world’s largest Jewish communities. Meanwhile, in Israel, Ukrainian Jews make up a significant minority of the country’s population Approximately 500,000 of Israel’s 8.7 million inhabitants can trace their origins back Ukraine. And more are coming: according to the Jewish Agency’s estimates, recent years have seen a substantive increase in Jewish Ukrainian immigration to Israel. That process began in 2014, when about 6,000 Ukrainians immigrated. In 2015, that number rose to 7,400 — triple the 2,000 people who had arrived two years earlier. Today  there are  an estimated 210,000 individuals eligible to make Aliyah in Ukraine under Israel’s Law of Return, which allows anyone with Jewish ancestry to receive Israeli citizenship.

But the ties are not simply historical and cultural. Crucial cooperation in economic and geopolitical issues also plays an outsized role in Israel and Ukraine’s relationship. The two countries were founded by nations who had long been oppressed by more powerful neighbors and who had lived for centuries  as minorities in other people’s empires. Both countries gained independence in the 20th century. And nowadays both are defending their independence and struggling for peace.

As deadly as the last several years have been for Ukraine, they have also helped open dialogue with Israel, Zharova has found. Not only did visits by officials from both countries increase, the 37-year old volunteer sees nearly weekly events in Israel and Ukraine that connect the two countries. For instance, at the Haifa International Film Festival two Ukrainian films will be shown this year. Three years ago, Ukraine wasn’t even on the agenda.

And there’s more, Zharova says:  “There  are a lot of Russian-speaking Jews in Israel. To  most Israelis, that meant they must  be Russian”. It didn’t occur to them that Russian-speaking people could be from Ukraine also. With Euromaidan, Israelis started to understand that there is a difference between Ukraine and Russia, that they are two distinct countries with unique histories and traditions. In fact, more than half of Israeli “Russian Jews” are actually Ukrainian Jews.

Today the non-profit organization IFU is dedicated not only to strengthening the relationship between Israel and Ukraine and between Ukrainians and Jews, but also to raising awareness among Israelis about the current situation in Ukraine — by organizing, for example, humanitarian and cultural activities. There are 21 people on the NGO’s board, but many more participate — around 100 volunteers in total, Zharova estimates. The organization receives support from the Embassy of Ukraine in the State of Israel and a number of other organizations, the largest being The Ukrainian Jewish Encounter.

In summer 2017, the IFU began a new project with financial support from Ukrainian International Airlines: it gave plane tickets to Israel to women with children whose husbands and fathers were killed in the war. In Israel, they were invited to spend a week at a rehabilitation camp, meet with psychologists, and get to know the local Jewish community. Zharova has heard many stories of how just one week changed those women’s lives and the way they viewed their own situation. They left with newfound hope and perspective, Zharova says.

She hopes that all the work IFU and other Israeli organization are putting into helping Ukrainians will pay off should Israel ever find itself in trouble: “Today we are helping Ukraine, tomorrow when Israel will need help from the world, Ukraine will be there on our side”. Israel has a very short list of friends, although there are strong ones like the United States. But Israel still has problems with its neighbors. “That’s why we not only need friends, but countries that will vote for Israel in the UN”, Zharova says.

And Zharova has good reason to believe in Ukraine supporting Israel as their relationship continues to grow: seven years ago, the two countries’ foreign ministers signed a visa-free agreement, which came into effect in February 2011. Since that time, Ukrainians and Israelis can enter each other’s country and stay there for up to 90 days without needing a visa. That agreement led to a tenfold increase in tourist flow between the counties, Ukrainian President Petro Poroshenko said in September 2016.

This September, Ukraine held intensive talks with Israel on a Free Trade Agreement. Zharova can’t wait for the agreement to be signed and ratified. She sees great potential for both countries if they continue working together and keep learning from each other: “The future lies in the collaboration of Israel and Ukraine”, Zharova says, “that we support each other, whenever we need each other”.