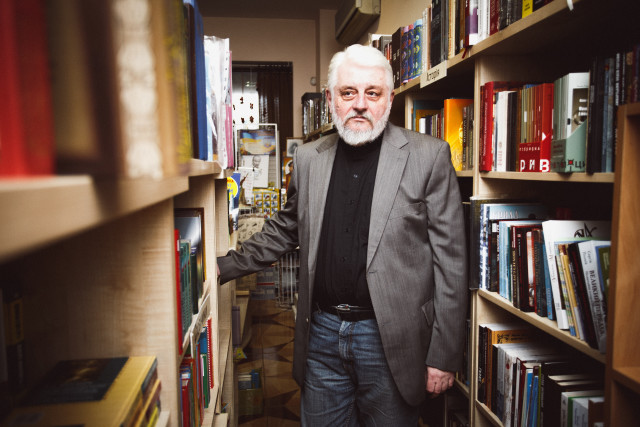 In this city everything is in reverse relation:
to the center from the gate, the whole time
you’ll walk not up a hill, but against an incline,
over antique columns in shards your gaze stumbling askance,
statues of nymphs and fauns in porno film poses and stance,
animated dolls made of marble, they move also or could
as they move too slowly, so that in his own century no one would
be able to notice. Except perhaps an old man for an instance,
to whom it seems, that he once saw in this statue a difference,
distinguished by overdeveloped musculature and an elongated
reproductive organ, but that was in times past and fated
when everything was longer and stronger- life, epoch and nation.
This city inverted does not rise to the heights, but sinks to the deep sodden.
The walk to the central square, is like being on route to the depth’s very bottom.
Then you’ll remember what you forgot for reasons unsounded:
particularly, that this city was erected and founded
in the crater of an active volcano, that several times a year
there are eruptions – stones soar, lava rises and flows,
amongst tourists this city’s infamy grows.
The ones who come here, to them, death hovers near.
Time furls itself up, it’s pace comes to a slow.
Grey ash falls, as if it were white snow.
***