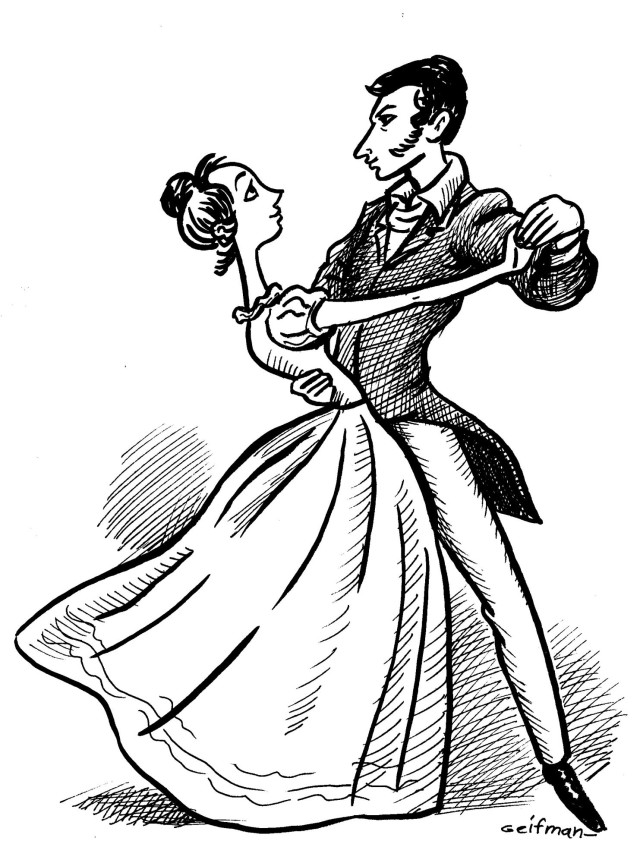 Mickiewicz had been sentenced by trial a few months earlier, instigated by the emperor against a group of Wilno [today: Vilnius] university students for an alleged conspiracy to attack the Czar’s namiestnik of Lithuania. They all belonged to the “Philomath Society,” an innocent study and art group which eventually grew into a rebel organization, and later into an extreme nationalist vigilante group. That at least, was the official accusation. Mickiewicz and his friends spent about six months in a cell of the Basilian Monastery that had been converted into a prison (where they sang at the top of their lungs and drank, as the poet later recounted in his “Forefathers’ Eve Part III”). The punishment meted out to them was an official order to leave Lithuania and travel to Russia.  This was an oddly light sentence given that some of their friends had already been shipped straight to Siberia for similar infractions. Moreover, Mickiewicz was allowed to choose his destination, where he was to be given a lower level bureaucratic position. The idea was not as foolish as it may seem – those sorts of credentialed foreigners were easier to monitor than unregistered migrants.

He thus traveled from the provincial town of Wilno to the Russian capital which was at the time already a cultural center of Eastern Europe. Pulsing with revolutionary energy, Moscow  was a hive of all kinds of political ideals and teemed with various sorts of fanatics (most were still idealists though, men such as Raskolnikov and Stavrogin would be born a generation later). For Mickiewicz, it was the perfect place to stretch his wings, and begin dreaming of a world career. Mickiewicz  swiftly began appearing in company (chiefly female) and befriending the local intelligentsia with displays of his radical convictions. For this he was indeed applauded as a rising literary star. He spoke good Russian in the cafes and good French in the salons and could even improvise poetry in both languages, though it is perhaps for the best that no one ever summoned the courage to write any of it down.

Mickiewicz spent the bulk of his time in Odessa attending balls, concerts, and romancing women.

However, he would not have long to play the celebrity. The young poet was, as the saying goes, a thorn in the side of people in high places (was his budding career sabotaged by jealous fellow writers or mistrustful pandering locals?), for in early 1825, Mickiewicz packed his bags for a fateful vacation. This time he headed off to the Black Sea on the request of the local police, who instead of having him arrested offered him the opportunity to fill the post of middle-school teacher, with a steady salary and full-time security from appointed guards. He was meant to teach Latin and Greek in the local Cardinal Richelieu secondary school. Yet by some miracle when he arrived he was told that this school for the sons of the local elite had no vacancies. Especially when it came to the hiring of charismatic teachers who held fervently anti-Russian opinion. Thus condemned to unemployment, the prisoner was instead provided with a home and sustenance, and the annual salary of a teacher to boot. As he would write to his friends in Poland: “They pay us to eat oranges.”

Odessa in those days was a relatively small city without decent sidewalks, but it was a port town that harbored ships from all over the world. The Italian opera and the French theater provided the illusion that one was still in Europe, while the Jewish and Greek shops stuffed with goods from faraway colonies provided the feeling that one was far abroad; the British sailors and Italian merchants could speak their own languages in the local brothels.

He was as unhampered by the local ascetic Polish patriots as he was by the Czar’s disciplined bureaucrats, for this town was most evidently ruled by women.

In those days there was a substantial Polish community residing in the city that included several adventure-seekers as well as a larger number of realists in search of money. Among the latter was one Doctor Bosznak, who feigned being a botanist while in fact informing on his countrymen to the Czar’s secret police. Practicing this vocation he was not alone. An anecdote best reflects the social position of such intellectuals. One day, the poet ran into Bosznak at a party; seeing this generally humble bureaucrat hung with medals, he turned to his employer and said (in French, naturally): “I always thought he spent his days catching flies.” To which the other replied: “Of course, we use [those men] to catch flies of all sorts.”  Still, we must confess that these informers did a great service to Polish history, as without them we would know very little about the Odessa sojourn of our national poet.

Mickiewicz spent the bulk of his time in Odessa attending balls, concerts, and  romancing women. This we know from his cycle of twenty-two sonnets, which reads to a contemporary reader like the diary of a seducer. Though erotically saturated, these sonnets are really brief genre scenes, brilliantly rendering the flow of life in the most un-Russian of 19th-century Russian cities. Always known for his lasciviousness, Mickiewicz systematically lists his aristocratic conquests as well as the local courtesans, fully conscious that they are one and the same. He was as unhampered by the local ascetic Polish patriots as he was by the Czar’s disciplined bureaucrats, for this town was most evidently ruled by women. Yet the young poet’s amorous adventures go beyond pure sex. Read in our day, these bitterly realistic versified novellas might be seen as a study of a male/female psychodrama, detailed analysis of the complex feelings and sophisticated language of love. Neither Freud, nor Lacan, nor even Woody Allen would have been ashamed to write them.

Late that summer, Adam Mickiewicz took a trip to the Crimea along with a group of friends; one was a Russian general and another was a spy on the payroll of the secret police. He was invited along by Karolina Sobańska – formally the wife of a rich entrepreneur with connections to a Petersburg manor (today we might call him an “oligarch”), officially the lover of the Czar’s namiestnik to the southern provinces. She  was an open admirer of the young Pole from Lithuania. This was indeed a lady from the upper crust, from the Rzewuska house, one of Poland’s foremost aristocratic families, while her sister Ewelina, primo voto Hańska, was to become Balzac’s wife. She too moonlighted as an informer, but we should add that this was done more for the romance of adventure rather than any cynical calculation. Fortunately, joining them was her brother, Wacław Rzewuski, a brilliant writer, and the only trustworthy figure in this group. He provided an opportunity to converse in Polish, and also to eat and drink copiously; he was also probably the one paying for the whole outing. Mickiewicz must have felt superb in this company. He had someone to admire (power had always impressed him) and someone to despise (in the company of bureaucrats he suddenly recalled his noble upbringing), one of the empire’s foremost courtesans was fawning over him (and paying him with flattering reports), and his companion and sponsor was a capital wit. At scarcely twenty-eight, he was an admired artist, though he had written only two books of poetry; in addition he had the glory of a martyr (he was despite all the pleasure still officially serving out a punishment) and a revolutionary (who are in all times adored by society ladies) and famed in Petersburg’s finest circles. The journey to Crimea was not meant to be just another pleasure trip however, such as our jovial martyr had already taken numerous times to support the national cause. This time the writer had planned it to make his dreams come true – even if these dreams were painfully stereotypical.

In those days there was a substantial Polish community residing in the city that included several adventure-seekers as well as a larger number of realists in search of money.

The area was extraordinarily beautiful, the nature wild. The mysterious buildings scattered about the steppe and the rocky ravines inspired the imagination of the Romantic besotted with “Orientalism,” which was still all the rage in Paris. Meanwhile, the ruins of the Ottoman palaces, the Tartar mosques, the Byzantine churches, the Genoan fortresses, and the grave of a Polish aristocrat must have warmed the heart of the Polish patriot, because they were the most reliable signs of the peninsula’s heartbeat, though it had been conquered by the Russians forty years before traveling to the Crimea, Mickiewicz had hoped for a spiritual adventure. And we might suppose that he got what he was looking for. Upon returning to Odessa he wrote to a friend: “I have seen the Orient in miniature.” The result was the Crimean Sonnets cycle, a brilliant epic about an inspired debutant maturing to become a conscious artist.

Yet, between the frivolous recollections of the Odessa salons and boudoirs, Mickiewicz consistently adds a touch of bitterness: a sense of being alienated among the frosty women, and the memory of the imperial diplomats’ undisguised contempt for an oversensitive provincial from a conquered country.

Ultimately, Odessa would remain in his memory a land of cosmopolitan, cynical bon vivants, where an ambitious young man with dreams of climbing the social ladder was given a jarring life lesson. It was perhaps for this very reason that he pooled his fierce ambition to show the world what he was truly made of. At the end of his stay in the south he began writing an epic poem about a great traitor who hoodwinked the empire. When, a few months later, enjoying himself again in Moscow, he published his “Konrad Wallenrod”, the Czar sent the police after him, and his countrymen accused him of combating the enemy with unethical methods. Luckily, Mickiewicz managed to board a ship, fleeing through Germany and Switzerland to Rome, where another lover awaited him.

Translated from the Polish by Soren Gauger