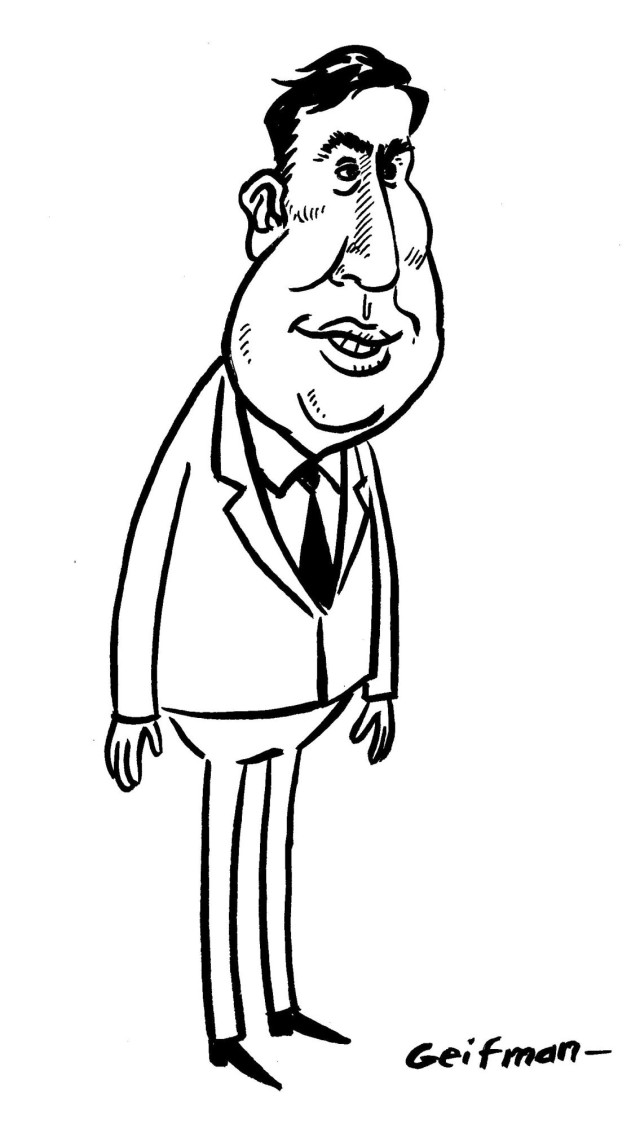 In June of 2015, Mikhail Saakashvili, the former President of Georgia, who had spoken on the Maidan and been giving advice to the government in Kyiv was brought into the presidential cabinet by his former classmate president Petro Poroshenko. He was given Ukrainian citizenship and to great public acclaim was entrusted with the governorship of the Odessa region. Whatever one’s ultimate opinion of Saakashvili—he left behind a checkered record in Georgia despite his admirable successes in reform, and his driving political ambition has convinced some observers that he was and is ultimately not a reliable partner for the West.

Appointed by President Petro Poroshenko in what was seen as a test to see what kind of progress could be made in one of the most notoriously corrupt regions of Ukraine, Saakashvili had thrown himself into his job with relish. At the time, it looked like the only plausible threat to Poroshenko would be the credibility hit his party would take if the country’s various squabbling oligarchs and assorted mafiosi managed to thwart the swashbuckling anti-corruption fighter from Tbilisi.

In the beginning of last November, Saakashvilli went on television and gave a typically fiery speech resigning the governorship and accused Poroshenko, the man who had brought him back to power from the wilderness, of being complicit in corruption.

Living in Odessa, we are continuously asked about Saakashvilli’s results in the city, whether he had managed to get anything done in the relatively brief time that he had spent here. Our tentative answers always seem to leave our interlocutor unsatisfied. His results were decidedly ‘mixed’ and hard to quantify, we typically respond, and they left many in Odessa unsatisfied.

On the one hand, his arrival created a ferment of energy and high expectations. On the other, he was from the very beginning stymied by structural issues to getting anything done in Odessa.

He undervalued the skill of the feudal local elites in setting issues.

The pivotal event that may have pushed Saakashvili to shed any scruples about turning on his erstwhile boss was likely the October 25, 2015 local elections—an event that was widely seen as a setback for reformers and a victory for wily oligarchs across the country.

Saakashvili’s plan for implementing reform in Odessa had been to replicate the same sort of “power vertical” that he had managed to establish in Georgia: control over the various branches of government that had allowed him to clean house and push through his aggressive reformist agenda. He had already managed to get two of his former Georgian cabinet ministers appointed as regional prosecutor and chief of police, and he had gotten his 26-year-old aide appointed to head the Odessa port customs while his own Georgian team ran the technical operations behind the scenes. He thus had three out of the five key pillars of power in the region under his thumb.  However, as the judges presiding over Odessa’s regional courts were said to be loyal to local political parties, and could not be swayed, he was unable to exercise authority over the courts.

The final pillar, the Mayorship of the city of Odessa, however, was up for grabs in the elections and Saakashvili made a decision to contest it vigorously.

Saakashvili chose his aide, Sasha Borovik, to run for the spot. Borovik had always been a long-shot candidate against Gennady Truhanov, the candidate favored by the entrenched local interests. At the start of the campaign, he had around 7 percent name recognition among likely voters in Odessa. Many of Odessa’s political insiders told me they suspected that Truhanov’s local patrons and Saakashvili’s backers in Kyiv had reached some kind of deal allowing for fair elections in the city. The deal, which was negotiated as high up as the level of President Poroshenko himself, was reportedly struck when the chances of Saakashvili’s proxy advancing to the second round were still low.

Then came the anarchic month-long campaign. A man dressed as Darth Vader ran for office, as did a 30-year-old representing a pensioner coalition.  Another who legally changed his name to Emperor Palpantine was elected to the city council. Several vote-siphoning “technical candidates” were up for election as well. One candidate withdrew when a hand grenade was thrown into his garden. Despite all of this, Borovik ended up coming just a few percentage points shy of forcing a second round run-off, something that exit polls showed that he probably was due. Regardless, there was never much of a chance of his winning the second round based on all the polling.

Video evidence of ballots being mishandled, and of votes being bought for cash, food or even building materials, quickly surfaced. The Chief Editor of the Odessa Review, Vladislav Davidzon was embedded with an international delegation observing the elections, and what he saw more closely resembled the proceedings at the Queen of Hearts’ court in Alice in Wonderland than any kind of proceeding adhering to normal standards of fairness and transparency. The city election territorial commission, which was stacked with appointees of the old city elites (the city election commission head, whom he went to see during the evening of the elections, was a Darth Vader bloc appointee) quickly declared the elections legitimate in favor of the incumbent mayor.

Having been promised a clean election by Poroshenko, immediately after the elections, Saakashvili went on the warpath. He publicly accused the incumbent mayor of complicity with various local mafiosi, including the reputed Odessa kingpin Alexander “Angel” Angert. He convoked town hall meetings and beseeched Odessans to rise up in massive Maidan-style demonstrations against what he described as a stolen election. All of Saakashvili’s exertions came to naught, alas. The final decisions closing the door on Borovik’s appeal came down only after Poroshenko himself appeared to send a definitive signal on how to proceed in a TV interview: he said he considered the Odessan elections flawed, but legitimate.

Having lost his battle for the Mayorship, Saakshvili was fundamentally unable to implement the model of reform that he had employed in Georgia. He found his anti-corruption crusade frustrated again and again by his limited powers, and the well-established networks of local politicians with greater regional familiarity.

In late December of 2015, Saakashvili announced the birth of a new anti-corruption movement—not quite yet a full-fledged party, but something with all the trappings of one. His initiative largely focused on naming “leading corruptioneers,” and implying the involvement of then-Prime Minister Yatsenyuk. Saakashvili’s increasing engagement in national politics led to considerable friction, including his now-infamous confrontation with Minister of Internal Affairs Arsen Avakov. Throughout 2016, the relationship between Poroshenko and Saakshvili became increasingly strained, as the latter stepped up his populist rhetoric and began criticizing the President himself.

Tensions came to a head in early November of 2016, as Saakashvili resigned his post, delivering a characteristically fiery speech accusing Poroshenko and the highest figures in government of having betrayed the principles of the Maidan revolution and the sacrifice of the soldiers fighting in the East. He pointed to the recent disclosure of the hidden wealth of high-ranking officials in justifying his resignation. Nonetheless, despite his promise that he would not give up on his anti-corruption campaign, many observers of local Odessa politics concluded that he was spending too much time outside of the city on a nationwide campaign, and that this was contributing to his relative ineffectiveness in running the Odessa region.

Several days following his November resignation, Saakashvili appeared in Kyiv, evidently to make good on his promise. He laid out his plan to establish a “platform of new forces,” a populist political party that seeks to fill its ranks with young, reform-oriented politicians. Saakashvili declared that the party’s goals were to “remove the current political elite” and “force early parliamentary elections as soon as possible.” To these ends, the party would deny membership to any politician who had served in parliament for more than one term, or who has links to prominent businesses. Saakashvili directed his ire at his critics and made direct reference to his personal acquaintance with Donald Trump.

Saakashvili’s new party has thus far been unsuccessful in demanding early elections, and it is unclear in what capacity Saakashvili himself might participate. The most evident achievement of his “new forces” has been to divide the opposition, driving a wedge between young reformist politicians who are wary of Saakashvili’s leadership style and those that are encouraged by his vehement populist message.

Meanwhile, Saakashvili has continued to remain involved in the affairs of the party he once led in Georgia, the United National Movement (UNM). This has been met with dismay by many members of the UNM, who feel that his identification with the party is detrimental to their political objectives. His public engagement with the party prior to the 2016 parliamentary elections led twenty of the twenty sevens MPs representing the UNM to defect, forming their own party, the Movement for Liberty–European Georgia. With the split in his party, the chance for a UNM victory and Saakashvili’s hopes for a return to Georgia were dashed. His intervention in Georgian politics seems to have turned off many voters in Georgia.

The legacy of Saakashvili’s tenure in Odessa is as contentious as that of his presidency in Georgia. Many locals have the impression that bribery – especially in the port – decreased significantly under his anti-corruption campaign. Many others, however, feel that this was less to do with effective policy and more closely related to the fear among local elites of being openly criticized by Saakshvili. In any case measuring the opaque maneuvering at the port is notoriously difficult. His numerous public pronouncements and abrasive personality characterized his time in Odessa, and his team suffered from a lack of organization and poor staff cohesion. Saakashvili sought to compensate for this through his highly personal approach, consistent public engagement, and his signature impassioned deliver – a combination which may have intimidated some local politicians, but which is unlikely to produce long-term results. Populist methods appear to have won Saakashvili the greatest support in his early days as Governor, and to have done the most damage to his reputation in the latter half of his time in Odessa. As he turns again to this approach and his rhetoric aggressively targets Ukraine’s current political elite, he may find that he strikes a chord with Ukraine’s opposition, or that he weakens them and entrenches the very elites whose power he wishes to supplant.