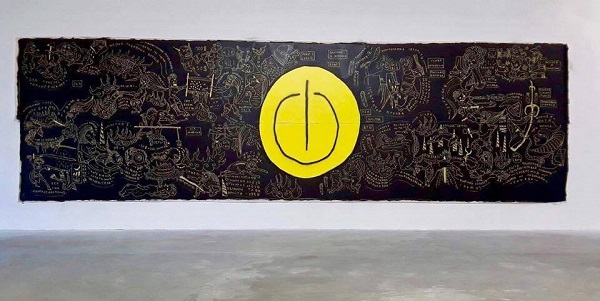 The name “Salon of Rejects” dates back to the Paris exhibition in 1863. Taking place place twice a year, the “Salon of Painting and Sculpture” was at that time the main official exhibition of fine art in France. The Paris Salons gave the public an opportunity to get acquainted with works of art, set trends and were an unconditional measure of the quality of works.

Salon of 1863 was an exception. The audience and the artists were disappointed. The works of artists beloved by the  public the were not presented at the exhibition. The salon was an exhibition of dry, academically-verified, predictable works, the selection of which was made by a jury, for which art was chancellery and red tape, and not a flight of thought and creativity. As the main event of the artistic season, the Salon could not go unnoticed, but the aesthetic and intellectual demands of Parisian society were not satisfied. Strangely enough, this state of affairs turned out to be useful. Paris spoke of a boring Salon in cafes and workshops, arguing about the meanings and tasks, the possibilities of representing art. Scandals and discussions  transformed into action.

Soon an alternative exhibition of rejected works was opened, which was called “Salon of the Rejects”. Visitors rushed to the halls of the Palace of Industry, where the exhibition opened.

“Salon of rejects” was the starting point for contemporary art, which over the past 150 years has changed dramatically in methodological and formal terms. One thing remains unchanged – the ability to challenge.

The mainstream of contemporary art today is critical discourse. However, in order to be heard, the artist must fit into the network of institutions of contemporary art, which are a product of the realities criticized by it. The modern artist, as well as his predecessor from the nineteenth century, depends on the institutional order. This dependence enslaves the artist, deprives him of sensuality, emotionality, the right to beauty. Modern art is defined through the denial of entertainment, it is increasingly reduced to the representation of documentation.

The exhibition of six Odessa artists is a symptom of mistrust towards institutional practices and a manifesto of their disagreement with the verdict about the “death of art”.