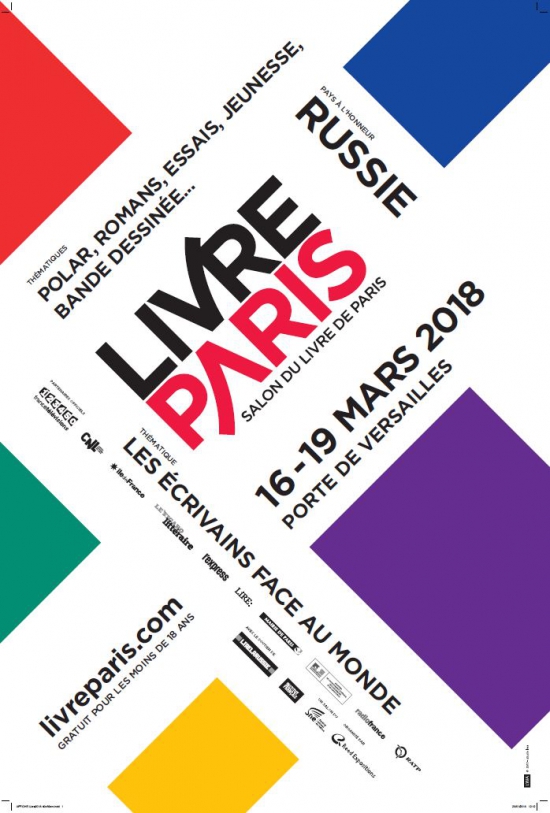 This promises to be a great moment for contemporary literature in France. From March 16th to the 20th, the annual Paris book fair (Le Salon du Livre à Paris) will take place at the Parc des expositions de la Porte de Versailles.

This is one of the largest and most prestiougous book fairs in Europe. This year, Ukraine will be represetned by a dedicated stand at the fair and will offer an entire program of culture to present contemporary Ukrainian literarure to the French public. Attendees will be able to meet such prominent Ukrainian writers as Andrei Kurkov, Bohdan Obraz, Sophia Andrukhovych, Volodymyr Rafeenko, Irena Karpa and Hassia Shyan.

Contemporary Ukrainian literature in French translation will also be presented at the booth.

The Odessa Review will also be reprsented with our last two issues for sale, including that of our our eleventh special issue dedicated to Ukrainian-Jewish relations being sold at the book fair.

Also of note is the upcoming “Ukraine In Focus” meeting with the photographer Yuri Bilak, a talk by Mariana Savka (who is the editor of Old Lion Publishing House) as well as the minature conference “Crimea, Today and Yesterday ” which will be led by Gulnara Bekirova.

Sideline events to the Book Fair include a presentation of the new books “Words and Wars”, “Ukraine Facing Kremlin Propaganda” and “Holos Vilny” (“The voice of the war”), meetings with Ukrainian journalists and Ukrainian soldiers including Volodymyr Yermolenko (philosopher and jornalist); Tetyana Matychak, journalist, co-founder and editor of StopFake; Iryna Tevila, war veteran and one of the authors of “The voice of the war”