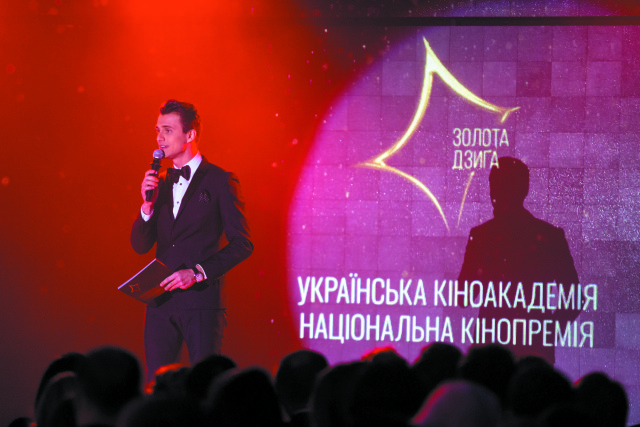 This year saw the foundation of two new film institutions in Ukraine. The National Film Academy and the Golden Dziga Award (which has positioned itself as the Ukrainian Oscar) were set up with the participation of the Odessa International Film Festival. The National Film Award, “the Dziga” was named for the immortal Soviet era documentary director Dziga Vertov, whose feature “Man With a Movie Camera” is considered to be the greatest documentary film of all time according to the British magazine “Sight & Sound.”

Taras Tkachenko’s “The Nest of the Turtledove” brought him the prize for Best Picture. The feature focuses on the issue of Ukrainian women who have emigrated abroad to find work, and  questions social norms of several different worlds through the story of one family. “The Nest of the Turtledove” was triumphant at the Awards, winning six Golden Dzigas, including the one for Best Director for Taras Tkachenko and the one for Best Actor Vitaly Linetsky. Linetsky died tragically in the summer of 2014 and the film stands as a poignant posthumous testament to the actor’s talents. Another prominent nominee was the hilariously funny political satire “Servant of the Nation 2” directed by Alexey Kiryuschenko.

Still, it was Olena Demyanenko’s “My Grandmother Fanny Kaplan” which was voted audience favorite and constituted the main competition to “The Nest of the Turtledove”. The historical  costume drama depicts the life of Feiga Haimovna Roytbalt, famous as Fanny Kaplan, the romantic Russian revolutionary who made an unsuccessful murder attempt on Vladimir Lenin. The film is based on a real life story but captures the beauty and struggle of love in a turbulent time, and the film meditates on the strength of the human spirit. The film stars Myroslav Slaboshpytskyi (he took part in shooting before he became famous for his own directorial work) and the lovely Kateryna Molchanova (a great friend and favorite of The Odessa Review). Molchanova was nominated for a Best Actress Dziga for her supple acting, which may have been the best thing about the film. “My Grandmother Fanny Kaplan” did take home a pair of Golden Dzigas: Best Screenwriter for Olena Demyanenko and Dmytro Tomashpolskyi, as well as one for directing for Alexandr Batenev and Sergiy Brzhestovsky.

Symbolically enough, perhaps the most powerful nomination at this year’s ceremony was that of  the Best Documentary – Feature. The winner, “The Leading Role” was directed by Serhiy Bukovsky and stared the actress Nina Antonova — the director’s mother. The film is a very personal story that touches on themes of sacrifice and freedom, and the dialogue is filled with memories of prior triumphs that came about in the relationship between the mother and her son.

It needs to be acknowledged that in recent years Ukrainian cinematography has been making great strides, contributing to a significant improvement in the quality of films produced. Yet, the National Film Academy has a tremendous task ahead in arousing the interest of domestic audiences. While it is true that there may not yet be enough remarkable Ukrainian films, the members of The National Film Academy must still be very critical in their Golden Dziga nominations. They must strive to more deeply understand the styles and underlying messages of the films on offer and to more scrupulously choose between winners if the institution is to become a successful competitor to the American Oscars or the French César Awards.

Ulyana Dovgan is the The Odessa Review film critic.