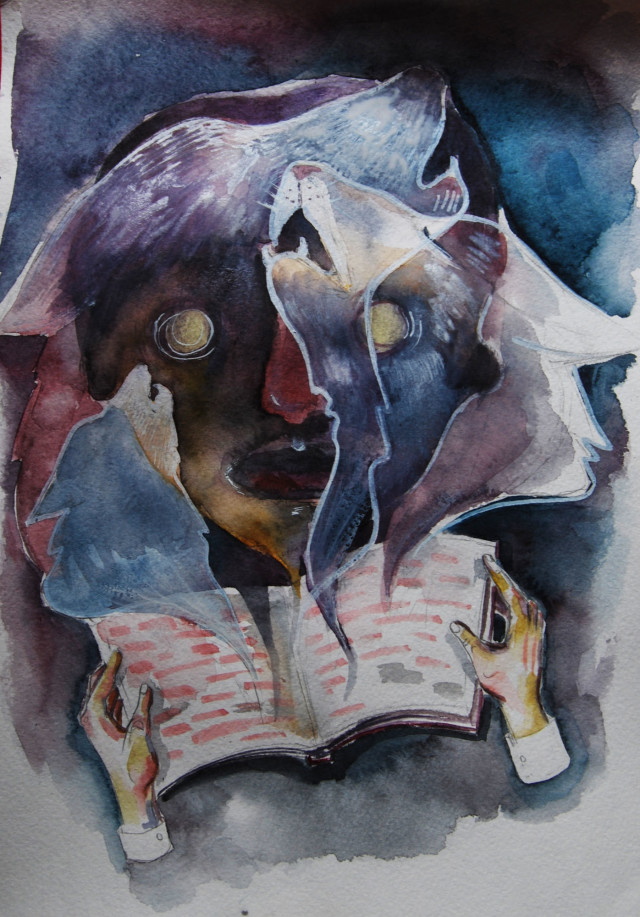 The brief dream of a young Odessa boy left a lasting mark on the entire field of psychology – and may have given us a glimpse into the inner workings of the human soul.

If ever you take a walk around Odessa, at some point you are bound to pass Marazlievskaya Street. It is a relatively quiet street near a park in the city center. At first glance, you would probably not even notice house number twenty – it is a simple house, like countless others in Odessa. Even if you read the plaque which announces that this house once served as the estate of the Pankeev family, this will probably mean very little to you. However, despite its common appearance, this house is in fact a very special landmark which deserves a closer look. A century ago, it was the home of the famous “Wolf Man”. Neither a horror movie or novel character, Odessa’s Wolf Man was a simple human being – although, one whose inner world was in many ways a truly disturbed one. 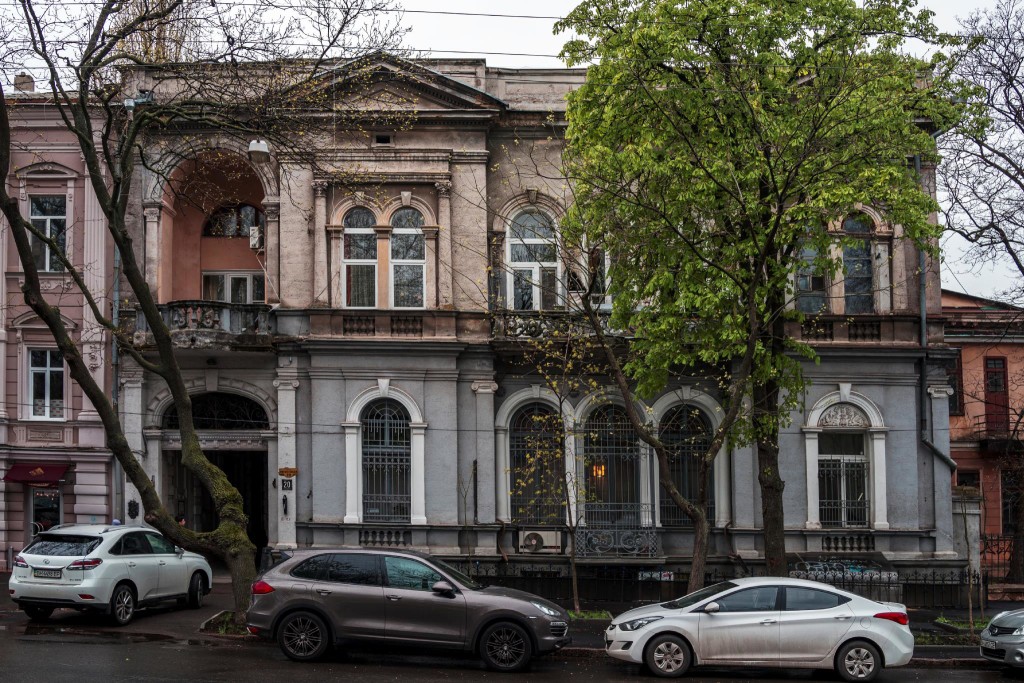 In this house at Marazlievskaya, 20 Sergei Pankeev spent his childhood and youthfulness. 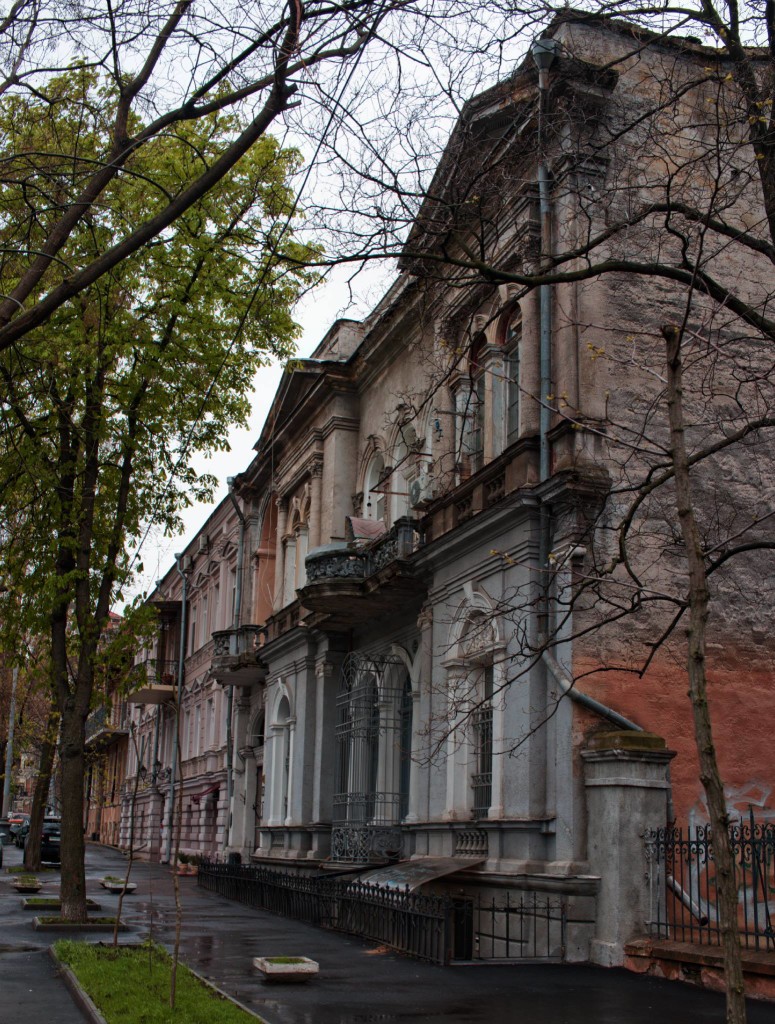 Yet enough of speaking in riddles: the house located at 20 Marazlievskaya St. was the childhood home of Sigmund Freud’s most notorious patient – Sergei Pankeev, who would become known to the world as the “Wolf Man”. This moniker was given to Pankeev by Freud in the course of detailing his case in Freud’s classic work, “From the History of an Infantile Neurosis. Freud gave him this title in order to ensure his patient’s anonymity. The “Wolf Man” case is undoubtedly the most famous of the five notorious patients described by Freud in his work. Freud himself regarded the case as “…one of the most valuable of all the discoveries that I had the good fortune to make” and believed that “such enlightenment can only come about once in a lifetime”. And now, in the psychoanalytical fashion, let’s go back to the very beginning…

Sergei Konstantinovich Pankeev was born in 1886 in Ukraine – which was then a part of the Russian Empire – into a rich land-owning merchant’s family. From his earliest years he was a very sensitive child – he had inherited a tendency towards psychological disturbances from his father.

From his earliest years he was a very sensitive child – he had inherited a tendency towards psychological disturbances from his father.

When he was very young, he was terrified by a picture of a wolf which he had seen in a book of fairytales. The fear grew stronger when he saw a live wolf for the first time. At 5 years old, he had the first nightmare of many, which he would later describe to Dr. Freud: in the dream, he is sleeping in the family’s summer house in the Vasilievka village near Odessa. He gets out of bed, and through the window catches sight of a herd of white wolves who are sitting in a tree and sending him “messages with their eyes” – that is telepathically. After that, Pankeev’s fear of wolves became a truly pathological phobia, which led to the formation of chronic neuroses. The unfortunate boy’s psychological condition only worsened with the years. He was virtually unable to handle any of life’s usual stresses. Pankeev was also heavily traumatized by the sudden suicide of his sister and the death of his father. His already fragile state coupled with these tragic events and combined with the inner turmoil of searching for himself and the meaning of his existence, made the young Pankeev’s life almost unbearable. Fortunately, fate would lead him to Dr. Freud.

At first, he sought help from the well-known Odessa psychotherapist, Mikhail Droznes – but was later referred by the doctor to his son, the young Dr. Leonid Droznes. Leonid was one of the few doctors to be found anywhere in Ukraine at that time who had studied Freud’s theory of psychoanalysis – in fact, before 1910 Freud’s name was virtually unknown outside of Vienna.

Pankeev’s first few sessions with the younger Dr. Droznes inspired him and gave him a feeling of hope. The visits mostly took the form of a conversation between the doctor and patient. Droznes was not fully versed in psychoanalytic theory and did not possess knowledge of all the most up to date and correct methods of analyzing the patients’ reports and directing their emotions into an appropriate expression. However, Pankeev reported feeling much better after their conversations and feeling very encouraged by psychoanalysis. Sergei had previously undergone treatment with several other doctors and had even spent time in a specialized sanatorium in Munich, but none of these attempts for a cure produced results. Somewhat amazingly, a simple conversation with a young and not very experienced doctor finally offered him some relief. Pankeev was intrigued and expressed his desire to continue undergoing psychoanalysis.

It should be noted that Sergei Pankeev was not an ordinary patient. He was a highly intelligent man, having graduated from the Jurisprudence School of the Odessa University, fluent in German and French and also an avid traveler and painter. Pankeev was a goldmine for an innovative psychotherapist, as he was extremely open to new ideas and experimentation.

To Freud, Pankeev was a classic example of the romanticized “mysterious Russian soul”, a human manifestation of the “Russian gloom” expressed by the heroes of the great Russian novels.

Leonid Droznes advised Pankeev to travel to Europe in order to continue his treatment, either with Dr. Paul Dubois in Switzerland or Dr. Sigmund Freud in Austria. Pankeev chose Austria for the simple reason of proximity. After meeting Pankeev, Dr. Freud was so impressed with his personality that he immediately agreed to treat him. Their fateful meeting took place in January of 1910. As Pankeev later wrote, “…these first few months of analysis with Dr. Freud introduced me to a new world – a world that was accessible to very few people in those days. As soon as the connections which were hidden in the dark emerged into my conscious mind, I began to finally understand the many incomprehensible things which tormented me throughout my life.” With Freud, Pankeev felt less like a patient and more like an assistant who was helping the doctor in researching an exciting psychological mystery. In turn, Freud’s interest in the young man from Odessa was spurred on by his own admitted “inability to fully understand this Russian man”. To Freud, Pankeev was a classic example of the romanticized “mysterious Russian soul”, a human manifestation of the “Russian gloom” expressed by the heroes of the great Russian novels. Freud mentioned “The Brothers Karamazov” several times in his diaries after hearing Pankeev speak about his father’s side of the family. Of their progress, Freud noted that “…the patient’s foreign national character, alien to our understanding, became a great impediment to my access and capacity to fully understand the patient’s personality”. Freud, however, was not to be frustrated by this challenge – it excited him.

Based on Freud’s observations and theories regarding the inner world of a Russian man, a thesis would later emerge among Western psychologists and philosophers which theorized that “Russia is the unconscious of the West”.

Freud’s sessions with Pankeev went on for four years. These freewheeling conversations usually focused on the Pankeev family history, Sergei’s childhood fears, his relationships with his father, mother, sister and nanny; as well as his first sexual experience. Perhaps the treatment could’ve gone smoother and ended earlier, if Pankeev’s hadn’t been simultaneously suffering in the throes of his growing love for his future wife Theresa, whom he met at a Munich sanatorium for the mentally ill.

He would later admit that his sessions with Freud helped him immensely in getting through this turbulent stage of his life.

Still, he would later admit that his sessions with Freud helped him immensely in getting through this turbulent stage of his life. In an interesting recollection, Pankeev recounted visiting Freud to thank the doctor with his now-wife Theresa after the conclusion of his treatment in 1941. As they carried on a pleasant conversation in Freud’s office, Sergei happened to glance out of the window and saw a funerary procession – that of the recently assassinated Archduke Franz Ferdinand. World War I began soon after. It was the end of one great misfortune and the beginning of another – a classically tragic moment worthy of the cinematic screen.

When Pankeev returned to Odessa in 1914, his mother decided to mark the occasion with a church service, as was the custom of the times. She made sure to include Professor Freud in her prayers – which was her way of thanking the good doctor for her son’s successful treatment. In 1941 an Eastern Orthodox priest recited a prayer in the Odessa Cathedral for the soul of “Sigismund”, whom he probably assumed to be a member of the Pankeev family. The “Wolf Man” would leave Odessa after the Russian revolution of 1919. He had lost all his savings and fled to Vienna, where he asked Sigmund Freud for help. Freud, who was by now known the world over, generously supported his former patient for many months. After all, it was Pankeev who helped him achieve the universal recognition and fame. They also resumed their regular conversations. No historical record of such an exchange exists, but perhaps in the course of these conversations Freud confessed to his patient that he himself was ‘half-Odessan’. Freud’s maternal grandmother was Odessa born and raised, and the professor’s mother, Amalia Nathansohn, only left Odessa for Vienna at the age of 16. Possibly, this not inconsiderable fact played a considerable part in the deep bond between the two men.

Owing to Freud’s efforts, Sergei Pankeev was able to return to a normal life, even maintaining the mental fortitude necessary to survive his wife’s eventual suicide as well as the innumerable horrors of the First and Second World Wars. He worked at an insurance office for the rest of his life, and died in Vienna in 1979. Throughout his life in Vienna, he visited Odessa only once and very briefly – in 1943, when for an unknown reason, it became necessary for him to obtain a copy of his university diploma. Despite being “cured”, the “Wolf Man” remained a complex and quite eccentric person and periodically visited a psychotherapist. Still, his old incapacitating neuroses were behind him, and he even developed a sense of humor about his former fears. Some accounts say that he had gotten so used to his odd fame that he would answer the telephone with “Hello, the Wolf Man is listening”. When his therapist, Muriel Gardiner (who would later write a book about Pankeev), mentioned that her daughter had a great fondness for animals, he responded that at one point he was also quite interested in animals. Especially wolves.

Pankeev was – and remains – an Odessite, through and through.