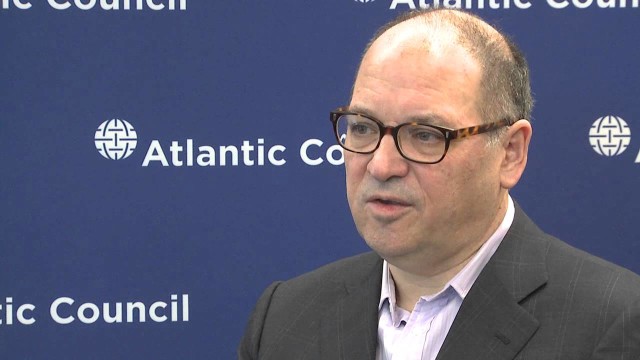 Something is stirring in Ukraine’s war on corruption. This article has previously appeared in a slightly differing form in the Atlantic Council’s New Atlanticist.

Since the Maidan protests of 2013-14 toppled the government of former President Viktor Yanukovych and revealed the details of the criminality and venality of his inner circle, attacking corruption has been a focal point of public expectations.

While the Ukrainian public bristles at the slow pace of reforms, important progress is being made. Under the presidency of Petro Poroshenko, Ukraine has taken impressive strides in balancing its budget, reaching for energy security, refinancing its debt, establishing a new police force, introducing transparent electronic public tenders for government contracts, and rebuilding its once-eviscerated armed forces. Still, the actual conviction and punishment of high-ranking state officials for corrupt acts has not yet occurred.

Indeed, Ukraine has gone through four prosecutor generals since the Maidan revolution; the first three were eventually denounced for corruption, ineffectiveness, or indifference.

With the establishment of a Western-backed National Anti-Corruption Bureau (NABU) and the appointment of Yuri Lutsenko as prosecutor general on May 12, the anti-corruption effort has gradually but significantly begun to change.

Lutsenko’s appointment was roundly criticized by some reformers. They pointed to his close political relationship with Poroshenko and his lack of a judicial education or background. Although Lutsenko served as minister of the interior under President Viktor Yuschenko between 2007 and 2010, critics were angered by the special legislation that was passed to allow him to qualify for his current post.

Still, there is no question that Lutsenko has serious democratic street cred. He was one of the key leaders of the Orange Revolution of 2004 and was a major activist in the Maidan protests. From 2011 until 2013, he was imprisoned on frivolous and trumped-up charges by the Yanukovych regime; clearly, he has no reason to protect the previous regime from prosecution.

Lutsenko has brought on retired US prosecutor Bohdan Vitvitsky as an advisor. He has appointed noted human rights lawyer Valentyna Telychenko as his lead domestic advisor and head of a civic advisory council. Several deputy prosecutors with no links to the procuracy have also been appointed, including a former member of parliament, Dmytro Storozhuk; a 35-year old former diplomat, Yevheniy Yenin; and a former academic, Anzhela Stryzhevska, who distinguished herself as a judge by her independence and who once served as parliamentary aide to a crusading anti-corruption legislator.

A healthy and sometimes heated rivalry has erupted between the procuracy and NABU. Together with significant anti-corruption arrests by Ukraine’s Security Service (SBU), the temperature against wrongdoers is gradually being raised.

Lutsenko is vigorously going after those linked to the Yanukovych regime. In just over 100 days in office, he has filed criminal cases against the former regime’s legislative majority leader, the former minister of justice, the former head of the national park service, a pro-government deputy implicated in allegedly illegal gas trading, several heads of failed banks, the head of Yanukovych’s special economic projects, and a former high-ranking judge. Officers from security and law enforcement services who have been implicated in the beatings and killings of protestors in 2013-14 are being prosecuted, and numerous officials at the local level have been swept up in the dragnet as well. A major case against eighteen leading Russian officials implicated in organizing separatist violence is also moving forward.

Most significantly, the well-regarded Ukrainian-American advisor, Vitvitsky, has been asked to develop the procuracy’s office of Inspector General, a structure that will consist of independent investigators without longstanding links to the Prosecutor General’s office and so will investigate the activity of the agency to root out incompetence, malfeasance, and corruption.

Though some suggest that some of the activity is more public relations than substance, assets are being seized and officials jailed and charged. And although Ukraine’s laws that offer wide ranging immunity to parliamentarians are cumbersome, and require parliamentary votes that take time and often allow wrongdoers to flee, the very fact of exile, potential confiscation of assets, and fear of extradition are an important deterrent against future corruption.

Not to be outdone, NABU, which was created with the support of the president and government, has opened up criminal investigations against some prosecutors, university rectors, corrupt judges, and officials from the national railway. The SBU has also shown significant investigative vigor.

In addition to healthy competition, however, there has been occasional open conflict and resentment between the reforming but predominantly “old school” procuracy and the newly minted anti-corruption bureau.

There have been attacks against NABU by precincts of the procuracy that have not been purged of dubious leadership. In one case, reciprocal investigations resulted in violent clashes between the two agencies that are now being mediated.

Part of the resentment is over the fact that Western-funded NABU employees are paid three times the wage of their counterparts in the procuracy and the SBU. Additionally, resentment is fed by the fact that NABU is routinely praised by the international community, the media, and civil society, while the procuracy and security service continue to be viewed with some suspicion.

One security official told me, “We all come from the same places. Some of us just scored higher on tests by a question or two, while others may have hidden assets more diligently and were taken into the new Anti-Corruption Bureau. We resent the idea that the new bureau is somehow pristine and we are hopelessly corrupt.”

In truth, many if not most prosecutors, detectives, and judges were in one way or another on the take. Wages in the judicial branch were so low that graft became a way of life. Some of those who engaged in this practice were trying to preserve a middle class lifestyle; others grew incredibly rich. And many of the bad eggs remain in the system, though some may be purged or will leave voluntarily after a new electronic asset declaration system comes into effect this autumn.

The tasks at hand are profound. Ukraine’s entire judicial system has been distorted by corruption, and the courts remain the last unreformed segment of the legal system. The flurry of cases launched could simply end up in a dustheap of judicial setbacks. Still, recent reforms of the judicial system, which will be phased in over the next few years, suggest that even here Ukraine will make progress.

Ukraine’s anti-corruption fight sometimes seems like Schrödinger’s cat, simultaneously dead and alive. But which of these states it actually exists in will be answered when the impressive spate of arrests and charges is finally adjudicated in the courts.

Adrian Karatnycky is a senior fellow at the Atlantic Council and co-director of its Ukraine in Europe initiative.