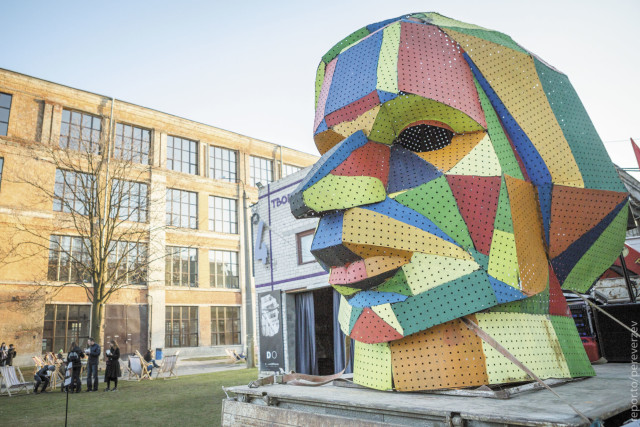 The upcoming iterations of the Ukraine’s beloved GOGOLFEST are to take place place between 7th–17th of September across several locations around Kyiv, including VDNG, Dovzhenko Centre and the New Theatre on Podil.

The annual GOGOLFEST international festival of visual and performance art has been held in Kyiv every year for a decade. The program of the festival is usually composed of various art and theater events including (but not limited to) premieres of experimental performances, live actions, concerts, cinema screenings and exhibitions. The festival is interested in opening up disciplinary borders and encouraging collaborations between all the various art forms. This festival is unique within the Ukrainian art scene (and it ranks up there with any such festival in the world). The festival creates a platform for performers, artists, dancers, and musicians from all over the world to present their innovative projects every year.

The initiative for creating this multidisciplinary platform for all the best avante-garde theater work in Ukraine belongs to Vladislav Troitsky, who is generally thought to be a proper art world genius. Troitskyi is also the founder, director, and producer of another important cultural project in Kyiv, the Centre of Contemporary Art “DAKH,” together with Cultural-Arts and Museum Complex “Mystetskyi Arsenal.” The Arsenal was the main location of the festival during its first years, and this gave GOGOLFEST the space to grow and develop together with the venue itself.

GOGOLFEST’s dedication to Ukrainian culture and heritage can be seen right in the name, one of the famous authors of the 19th century Nikolay Gogol, also wrote dark works of theater and his literary production was often quite ironic. That romantic and ironic sensibility, coupled with an edge of the grotesque and a penchant for surrealism has influenced many of the festival’s conceptual ideas and tone. Gogol’s famously sharp nosed profile has even become the main symbol of the festival, and a sculpture of his enlarged head is now practically the totem of the whole event. 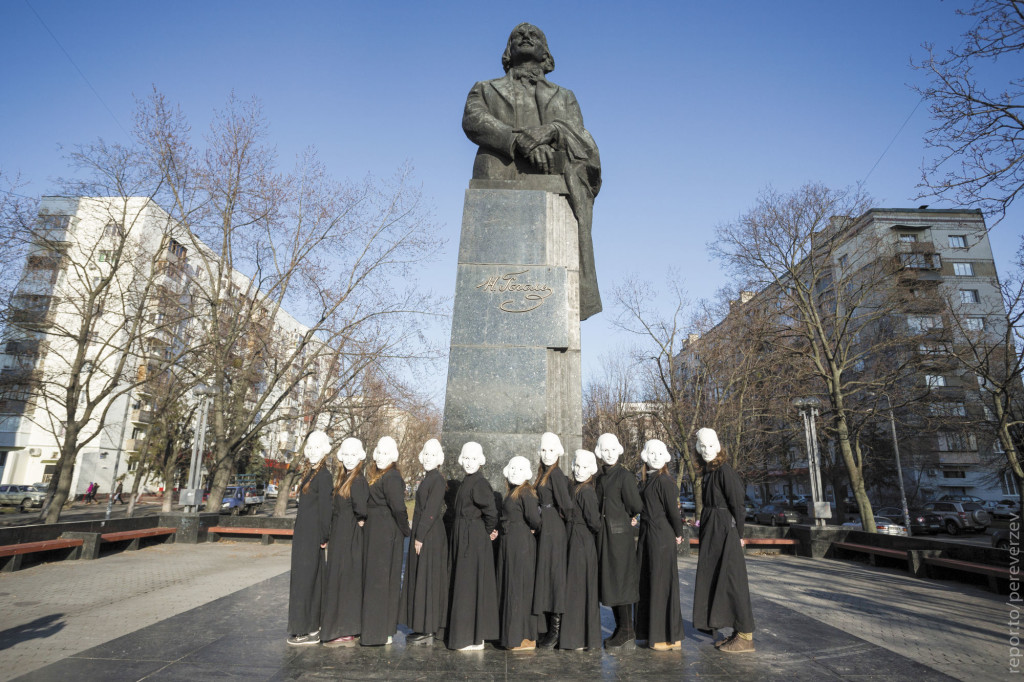 Throughout its existence, GOGOLFEST has presented an incredible amount of projects, many of which are innovative and even unusual for the Ukrainian audience, to whom the festival is trying to bring new visions and dimensions of performative art. One of the most vivid examples of such spectacles was a collaborative piece between the Spanish theatrical group La Fura dels Baus and the “DAKH” theatre which was performed at the festival in 2010. This large scale performance took place on the Independence Square in Kyiv and required over a hundred people, to create, build and operate it. The two groups made beautiful machines together, which integrated and related themselves to this public environment, representing the unity and diversity of multiple worlds. Other past projects include the DakhaBrakha quartet (also founded by Troitsky) composing an original soundtrack for the classic film “EARTH” (1930) by Alexander Dovzhenko and performing it live together with the screening of the movie at GOGOLFEST 2012.

These are a just a few examples of the spectacular and complex performances which can be seen every year at GOGOLFEST. With output of such consistently high quality, GOGOLFEST has the potential to grow into something much bigger than it is right now. One of the most exciting large-scale projects which are to take place this year seems to be the ArkSquat, which is considered to be the first Ukrainian art squat. Many observers have speculated that we could even see GOGOLFEST reach the same level of establishment and recognition as some older European festivals, such as the French Avignon Festival — the oldest existing theater festival.

Sophia Bulgakova is an artist living between Kyiv and Holland.