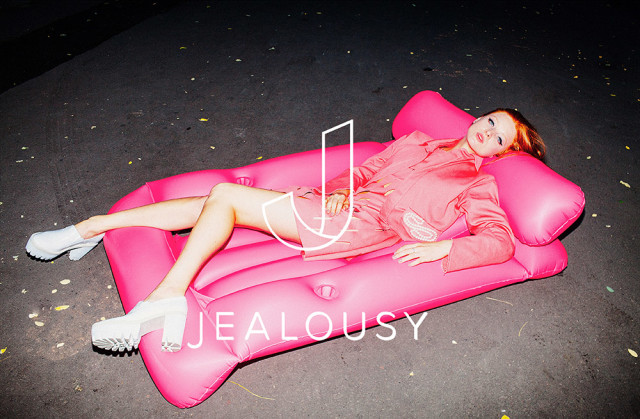 JEALOUSY is the name of the emerging Odessa-based clothes brand that can already be found worldwide through both stores and online retailers in Ukraine, Georgia, Singapore, Kuwait, Russia, Great Britain, and USA. The brand is earning a reputation for its bright and brave collections and even more provocative fast-paced campaign videos. 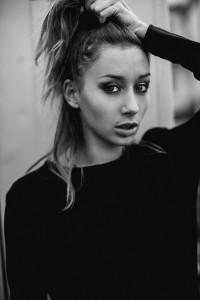 JEALOUSY clothes first appeared in a private runway presentation in 2012 and the same year a full Spring Summer collection featuring dinosaur prints and baby-doll dresses was showcased at Mercedes-Benz Kiev Fashion Days. Having been noticed and offered international distribution, the designer continued to develop the brand, playing with textures like vinyl leatherette while emphasizing a trademark item: signature coats.

Before her interview with The Odessa Review can begin, Tanu asks for a few minutes to finish a quick photo shoot. She explains she needs to shoot a preview for her new collection before an upcoming show in the Ukrainian capital. She then gets to work right in the middle of the crowded coffee shop where we have agreed to meet, positioning a beautiful model up against the wall and photographing her with an ordinary smartphone camera. The model is sporting a white bomber jacket featuring tender flamingos and the slogan: ‘The less I know the better,’ a song lyric that is a great example of typical JEALOUSY style. 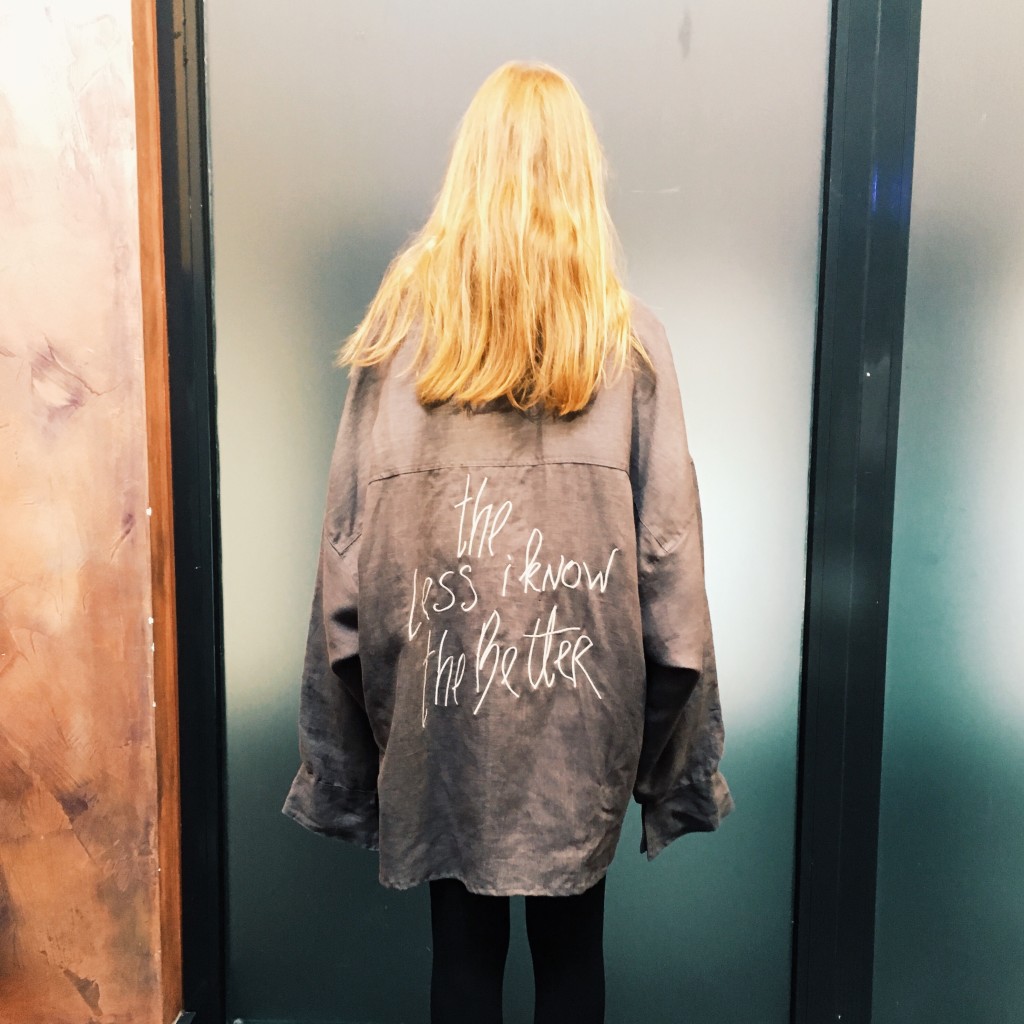 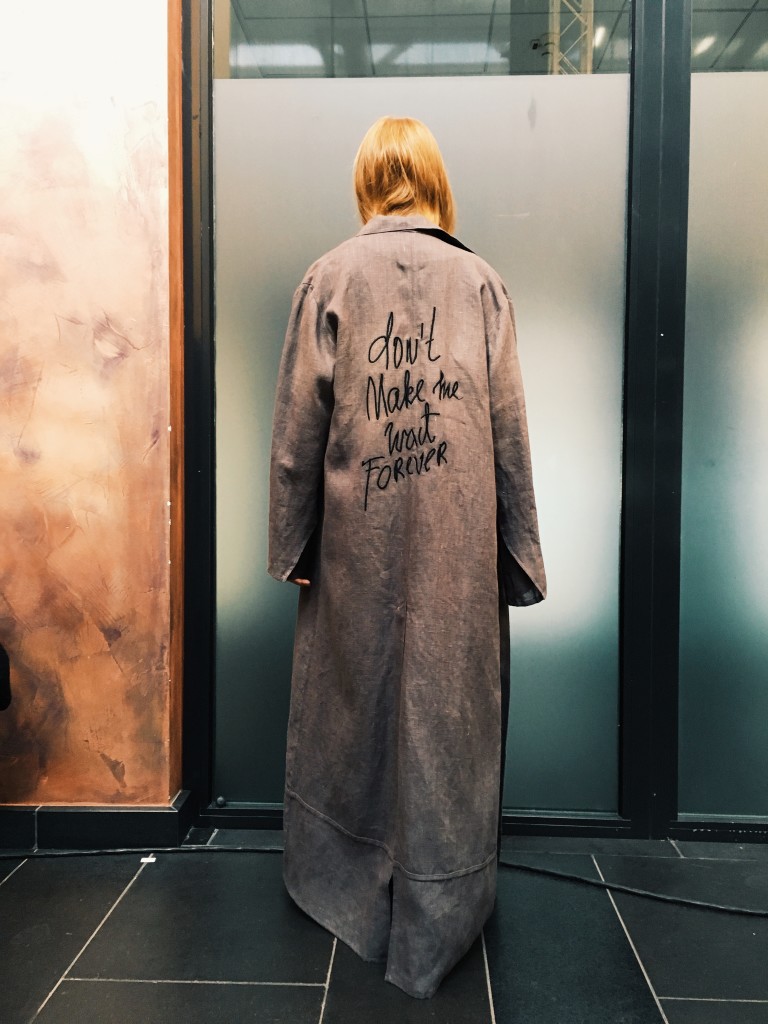 “I always know exactly what I want. Yes or no. I know the answer immediately”

The shoot is a success, but Tanu confides that the collection itself is not yet complete. Prints are late arriving and much remains to be stitched. She does not appear to be overly worried about these delays. A couple of nightmares are all she anticipates, but she is confident that she’ll be ready for the coming fashion week with everything done perfectly – albeit at the last moment.

Whatever happens in the Tanu universe, she seems to be completely convinced that things will work out just fine. She is not prone to overthinking and is instead always in the flow of things, a state of mind that comes from her personality as someone who knows no doubts. “I always know exactly what I want. Yes or no. I know the answer immediately,” she shares. “Like I don’t want to go to the office ever and I want to sleep as much as I can. I love red and I hate violet. For me, it is as easy as that.” 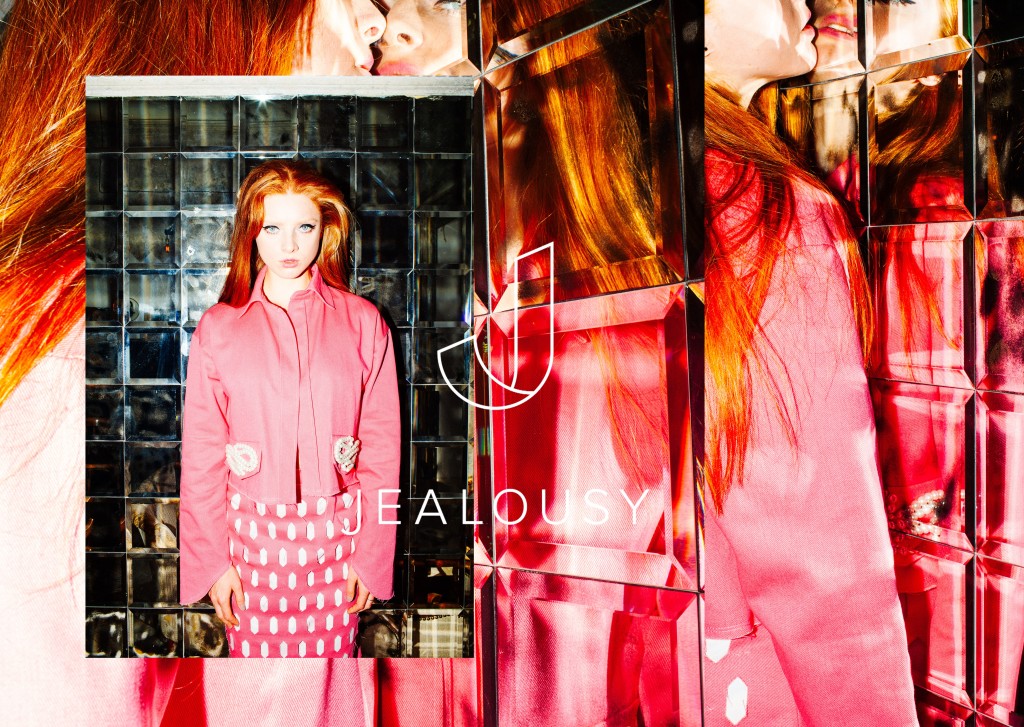 Her fast brain never seems to slow down and she has little patience for social convention. Tanu’s intrinsic sense of complete freedom may well be rooted in her early childhood, which was spent in the sun-kissed and vibrant surroundings of Cuba. The memory of women barely covering their killer curves in colorful hyper-stretch clothes has been a big influence on her fashion sense throughout the years. Another powerful tool for creativity has always been music. Growing up into her teenage years back in her native Odessa, Tanu didn’t have local channels and watched only MTV endlessly, occasionally distracting herself long enough to play video games in her father’s computer club. Never had many friends, not that she needed anyone. Being increasingly self-sufficient has shaped her career and come to dominate her personality.

Growing up into her teenage years back in her native Odessa, Tanu didn’t have local channels and watched only MTV endlessly, occasionally distracting herself long enough to play video games in her father’s computer club. 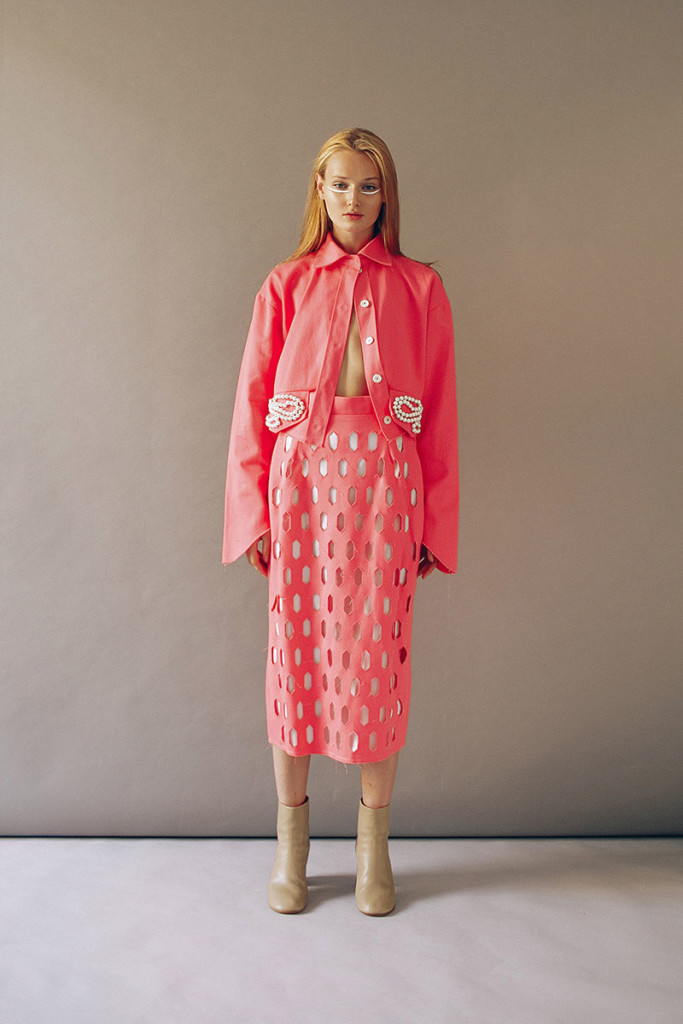 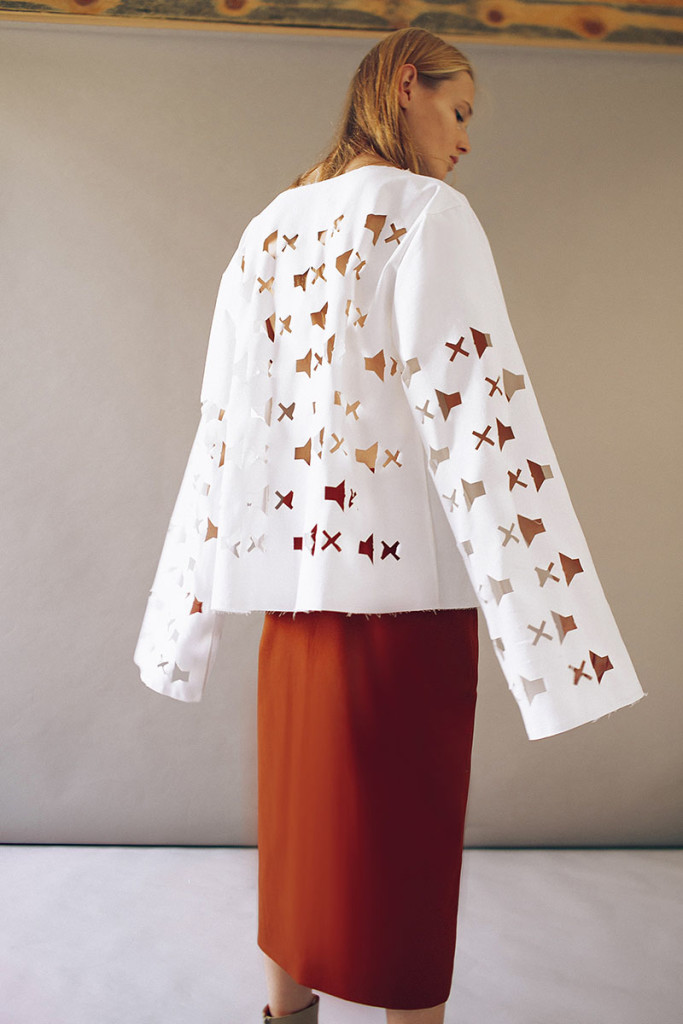 A flame-haired beauty, Tanu first entered the fashion industry as a model. She then tried her hand as a photographer and stylist, working with Odessa’s Shop City magazine. While doing photo shoots, she noticed that there was always a shortage of clothes she liked. She decided to have a go at designing her own. The solution was simple – she teamed up with friend Sasha Stukalskaya to establish her very own fashion label. Stukalskaya has since pursued a culinary career in Paris, while Tanu continued, not only making collections but also producing her own fashion campaigns as well as music videos for local artists — only the ones she truly felt a connection with. 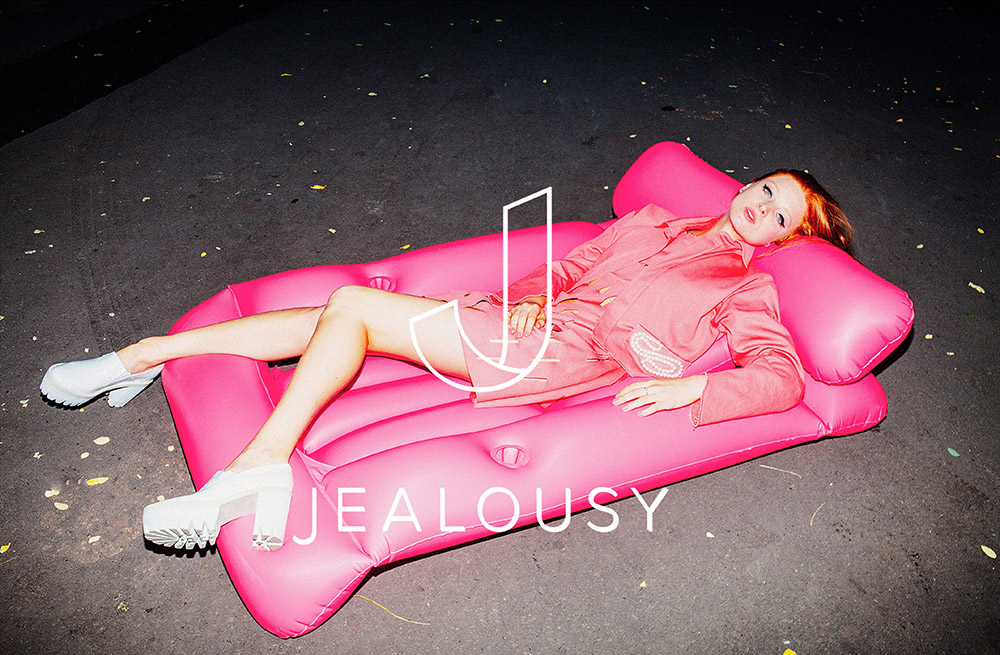 Her videos reflect her wild and fearless character, always on the go, trying to be the best until she gets bored, only to switch to something else she is good at. She has a narrow circle of friends and is notoriously guarded. “Whenever a guy comes up to me and says ‘hi’, I say ‘bye’ right away. That way, he is immediately offended and we don’t end up wasting each other’s time,” she explains. This straightforward approach is typical of Tanu’s ultra-rational take on human relations. It saves time for more important things, she argues, such as spending hours on Tumbler going through photos to help inspire new clothing creations. Tanu can’t draw, nor sew but she has the vision and her collections are born to amaze free-spirited girls each season.

Tanu can’t draw, nor sew but she has the vision and her collections are born to amaze free-spirited girls each season.

“Can I influence a lady’s taste? No, it has already taken shape. What I do is create things that I would want to wear myself. There is not a single thing in my collections that I would not wear,” she says. 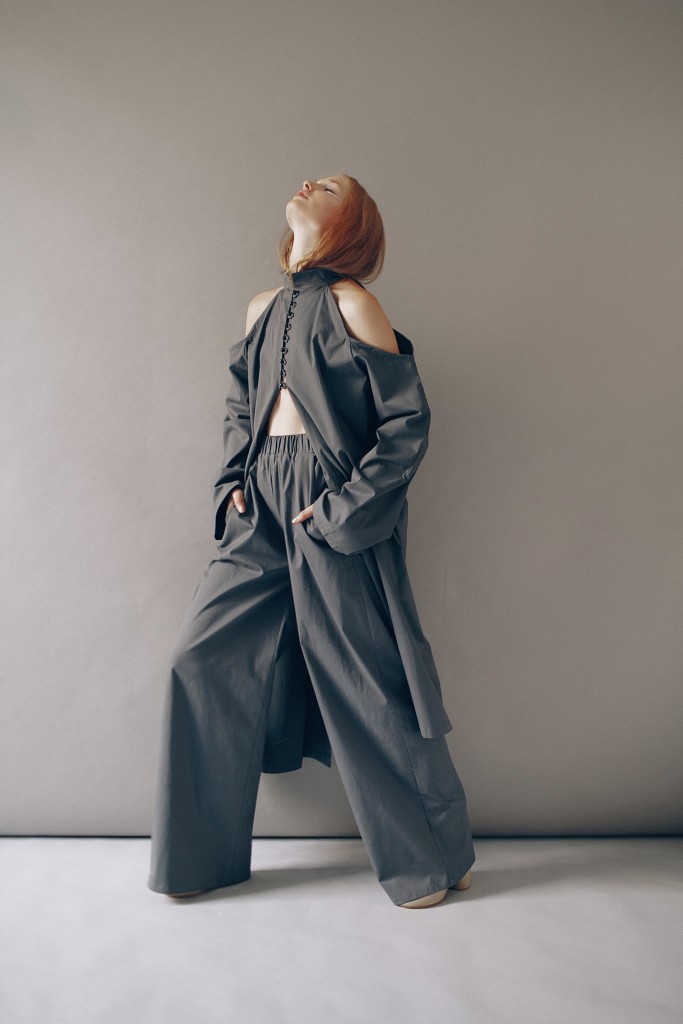 The designer has been accused for making clothes exclusively for tall girls like herself, but she does not seem to care about such criticism. For her, the whole point is to create the ‘I’m jealous of your outfit’ ambience that inspires her own label. Tanu’s ultimate dream, she says, would be sitting on a throne in her own store telling her customers what to choose and what not to wear. She laughs her beautiful deep laughter as she speaks of the surreal situation. Seeing her happy encourages an obvious conclusion: you don’t have to conform to succeed. You don’t have to conform unless you want to. You should listen to your inner freedom even it makes the whole world jealous.