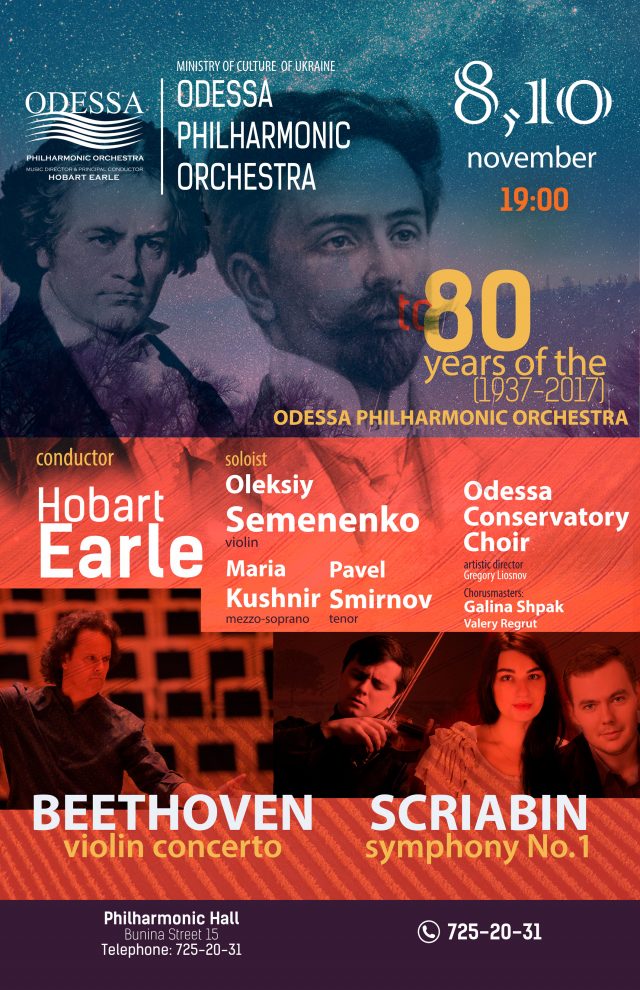 The Odessa Philharmonic Orchestra was founded in 1937, and belongs today to the most prominent musical ensembles in Ukraine.

During the Soviet era the orchestra performed regularly at home under such conductors as Nathan Rachlin, Yuri Temirkanov, Kurt Sanderling, Arvid Jansons and also Mariss Jansons.

With the independence of Ukraine, the orchestra’s status rose; in January of 1993 the Government of Ukraine formally awarded the Odessa Philharmonic Orchestra federal status, and in 2002 president Leonid Kuchma granted the orchestra national status. The OPO thus became the first performing arts organization in Ukraine outside of Kiev to attain national status, and today remains the only institution in the entire country to have their status raised twice: from regional to federal, and from federal to national.

Since 1991, the orchestra has been headed by Hobart Earle. Maestro Earle has elevated the orchestra to a position of international prominence, unprecedented in the history of the organization, with the Odessa Philharmonic becoming the first symphony orchestra from Ukraine to cross both the Atlantic and the Equator.

On the ASV label (Great Britain), the Odessa Philharmonic Orchestra and Hobart Earle have recorded two highly acclaimed CDs from the series “The Music of Ukraine”, including previously unrecorded music by Ukrainian composers Mykola Kolessa, Myroslav Skoryk and Yevhen Stankovych, and on Naxos label, music by Myroslav Skoryk.