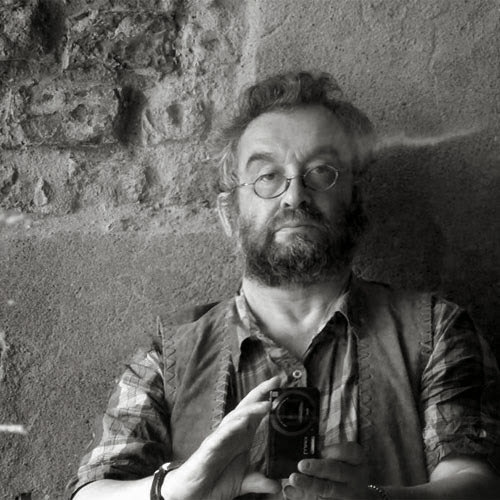 The Russian born American writer Mikhail Iossel lives in Montreal, Canada and is a frequent contributor to The New Yorker on the topic of Russian and American history and politics. Iossel has spent the last year and a half functioning as a bastion of liberal conscience against the presidency of Donald Trump and beyond. His collected polemical writings on the state of American politics in the age of Trump are forthcoming as “Notes From Cyberground: Trumpland and My Old Soviet Feeling. This is an excerpt from that forthcoming volume.

Poor Trump. His entire worthless, uniquely ugly life is going to come crashing down on his orange head — Stormy Daniels [ed: stage name of well known pornstar] with a treasure trove of records and images, his relationships with other adult film stars, his lifelong history of predatory behavior toward women, his money-laundering for the Russian mafia, his treasonous relationship with Russia, the mega-tons of kompromat Putin has on him, as well as the willful obstruction of justice, provable in a variety of way, including Comey’s and McCabe’s contemporaneous notes of their interactions with him, and so on, ad infinitum — and what is he going to do? He has failed to live up to Putin’s expectations of him, proving unable to subjugate the entire democratic system of checks and balances to his authoritarian will. He is now supported by 30% of the American population: the most ignorant, downward-bound, racist, xenophobic segment of the society. Not enough.

Was it all worth it, Trump? Because this whole thing is not going to be good for your business. There will be no more buildings anywhere imprinted with your name, Trump. Your mendacious and none-too-bright, infinitely privileged son-in-law is going to jail. The only extenuating circumstance that might keep your own son from following in your son-in-law’s footsteps is his self-evident breathtaking stupidity. Your name will be covered with shame, Trump, become synonymous forever with the worst there is to be found in America. It wasn’t worth it, in hindsight, was it?
Your sunset years would have been so much more peaceful and enjoyable had you not, in the putrid bloom of your limitless narcissism, decided to do this — make this vanity run for the White House and suddenly discover that, what do you know, there are enough naive and stupid and venal people in the country to squeeze you through the creaky door of the hopelessly obsolete electoral college, with active and coordinated help from Russia, even despite your massive popular-vote loss. But character is destiny, Trump. You’ve been a lowlife all your life, and the spotlight of the presidency, instead of making you a marginally better person, merely magnified and accentuated the grotesque ugliness of your inner being.

Where is your Roy Cohn, Donald Trump?
It doesn’t matter. He wouldn’t help you now either. You’re done.

If Boris Yeltsin, back in early ’90s, had possessed the foresight or found the determination to drive a stake through the undead heart of the defeated, badly wounded and temporarily incapacitated KGB, by declaring it a criminal organization (which it certainly was, and to no lesser degree than the Nazi Gestapo) and subjecting its past and present members to lustration (prohibition to occupy any government positions) — there would be no President Trump now.

It is impossible to overstate the full depth of my contempt for this small, insecure, petty, putinesquely vindictive, malicious, thoroughly rotten little man, Donald Trump.

It was suggested to me that I should write an optimistic, life-affirming fairy tale, instead of vi… vituperating constantly against the pretend president Trump.
Good idea!
Except I’ve never written fairy tales before in my life.
But OK. There’s always a first for everything.
Well… Let’s see…

Once upon a time, there lived an orange man with no redeeming qualities. He was a very bad man indeed, but lots of people liked him, because he was rich and had a TV show and no sense of shame whatsoever, and so they — those impossibly bright people — envied him and found his behavior refreshing and wanted to be like him.

Among the orange man’s numerous and largely smarmy interests was staging international beauty contests, which he used as an opportunity to harass young women with impunity. One day he decided to bring one of his most incredible beauty contests to the giant faraway eastern land of no-holds-barred, ruled by evil potentate Vlad the Pale-Eyed Dead Fish. Once there, in that extraordinary land, our orange man, completely overwhelmed by its total no-holds-barred-ness, instantly lost the scant remainder of his presumptive marbles and threw himself with heedless abandon into a whirlwind of less-than-upright interactive pursuits.

Fast forward a bit. Awakening from uneasy dreams in his inexplicably damp triple-king-size ten-star hotel bed on the last morning of his stay there, in that wondrous, mind-bending land of the evil potentate Vlad Etcetera, that pallid underbelly of the enervated western psyche, our orange man commenced the painstakingly slow and generally tortuous and extremely unattractive process of getting ready to present himself to the world and, already in the latter’s final stages, discovered the mysterious disappearance of one of his shoes — a $75.000 custom-made Il Diavolo d’Oro loafer. One of his amazingly lovely and outstandingly fun-loving nighttime visitors must have made away with it, understandably viewing it as a priceless memento of their unorthodox encounter, he thought in not-unpleasant mild exasperation. He was about to call his trusted squire Keith, long non-dormant in the adjacent, austerely appointed squire’s chamber, and order Keith to bring in another pair of shoes providentially packed for the trip, also incredibly expensive ones — when suddenly, mysteriously and with a loud, crashing sound, as if obeying the brutal outward-vectored force of some invisible giant hand, the triskelioned window of his penthouse suite fairly flew open, and through the wind-filled aperture, in sailed, and subsequently landed on the the tremendous ancient Persian carpet right by orange man’s feet, a large, size 12 loafer of orange glass: the exact replica of the one that had gone missing, only… well, made of very classy, fantastic-looking orange glass.

Inside the orange glass loafer, the orange man found a neatly typewritten note: “Hello, my blueberry hill. I am glad you had a lot of thrill last night, as well as on many other nights and days here in my land of no-holds-barred. I want you to know that every second of this visit of yours, as well as every single moment of every one of your previous trips here, has been documented, on tons of videotapes. Lordy, do we have tapes. All kinds of incriminating materials. You also owe some dough to my guys, if I’m not mistaken, which I am not and never am. This means, my dear orange man, that you’re mine now, all mine. You’ll be my faithful servant fro here on out, and I’ll be the light of your life and, accordingly, the fire of your figurative loins… well, no, not that last part. Yuck. OK, then. Now you know where things stand. Breathe not a word about this to anyone, eat this note with your next Big Mack and chase it down with two Diet Cokes. Go back home and live your normal life there, for the present time: be famous for being famous, insult people for a living, cheat and con the hell out of them, launder our criminals’ money — the works, the usual. We’ll activate you when the time comes. You’ll know. See you later, alligator. Hello, I love you, won’t you tell me your name?.. Sorry, never mind, that last line was from a different letter to a different person.”

And so that’s how it all transpired — at least in this, fairy-tale version of the events: the orange man went back home, to America, and resumed his normal life in New York — and then… We all know what happened then: we all started living happily ever after.

It is a strange feeling for a former Soviet subject, to be watching American democracy being steamrolled by a Russian asset in the White House.

Mikhail Iossel, is the founder of Summer Literary Seminars and a contributor to The New Yorker. He is the author of “Every Hunter Wants to Know,” a collection of stories (W.W.Norton), and co-editor (with Jeff Parker) of “Amerika” (Dalkey Archive) and “Rasskazy” (Tin House / Bloomsbury), anthologies of contemporary Russian writing. He has been awarded the Guggenheim and National Endowment for the Arts fellowships, among others. He teaches writing at Concordia University.