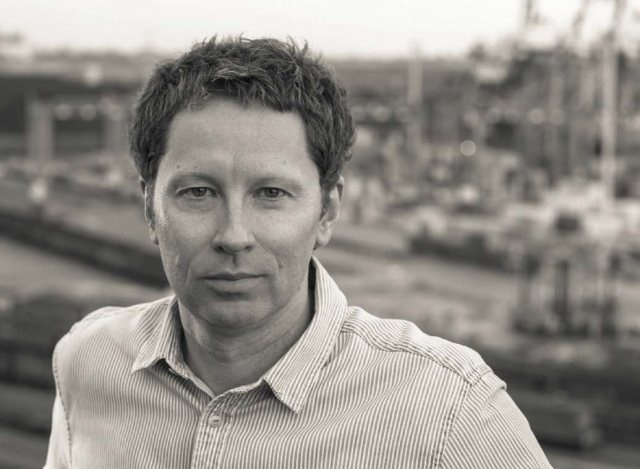 The Chief Editor of The Odessa Review Vladislav Davidzon met up with Yegor Grebennikov in his Odessa office to discuss Impact Investment and his projects in the city of Odessa. Grebennikov is founder of the Impact Hub Odessa, a wildly successful social innovation platform as well as having spearheaded the creation of various projects for the betterment of the city, including the newly reopened Green Theater, which has become quickly beloved as a space for concerts and film screenings. Mr. Grebennikov is at the forefront of conscience investment and social entrepreneurship in Odessa and in Ukraine. His projects have made him a leading light of Odessa’s civil society.

Odessa Review (Vladislav Davidzon): Please, explain to our readers how you joined Impact Investment. I personally am a huge fan of the Impact Hub Odessa, where I often work when I am in the city, as well as your Green Theatre [ed. a newly renovated park in the middle of Odessa which has been charmingly renovated] project in Odessa. Let us speak about how these projects appeared and what their core activities are. We can start with the Green Theatre, which I adore and where I go to watch films. It’s one of the most beautiful and graceful places in Odessa and would not be out of place in any progressive Nordic capital. Just very graceful and properly made and so lovely. So do tell us about the Green Theatre and its future. 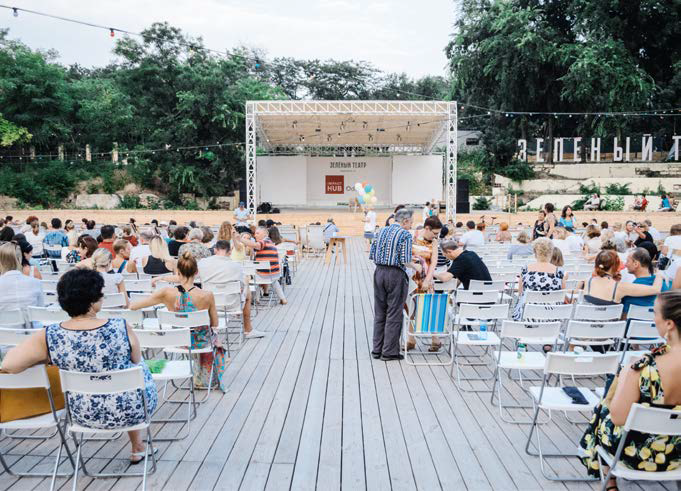 YG: It used to be a really popular and even iconic place in Soviet times. The last concert there took place in late 1990’s, and from the early 2000’s the place in the city center had been in private hands and it had slowly turned into what was essentially a dump site. The place was frequented by teenage gangs and drug addicts. Once, I dropped by at sunset in 2013 and noticed that nature had defeated civilization here. Fifteen-year old trees grew through the stands where fans should have been sitting. In the center of the theatre, squinting from the smoke, a young drug-user was burning off the plastic covering from a copper wire to get the pure copper which could be sold for scrap metal. His girlfriend was sitting nearby on an old dirty mattress and gazing at the fire, lost in thought. At sunset this scene impressed me a lot. And I thought that it would be great to restore the open-air stage for cultural events of a new kind here, and I started looking for a way to meet the theatre owner and began telling the teenage thugs to look for a new place to hang around. Some of those guys helped us to clean up the stage later, by the way. So, with the help of volunteers, we started clearing the theatre, and it took several months. We intentionally left the trees which had grown through the stands there. It was really gorgeous, like an abandoned native American temple in the jungle. We perceived it as an allegory of something new and progressive sprouting through the old culture. We borrowed some wooden pallets from a shopping mall and put them down on the ground. We knew we were correct in our intuitions that Odessa had been waiting for just such a space when the very first event — a performance by the Russian poet Dmitry Bykov — was attended by several thousand people and the theater lacked the space to host everyone. People were sitting right on the ground. That was astonishing.“social accelerators”, similar to that of the Impact Hub format, are now appearing all over Ukraine Within several years, thanks to the efforts of volunteers and my investment, the Green Theatre turned into an up-to-date social space, hosted more than half a million visitors, and became one of the official venues of the Odessa film festival. For now, the theatre rent contract is extended only till the end of 2018. Even if it’s not extended further, after this example of revitalization, both Odessa and its inhabitants won’t be the same again.

OR: So what would be a fairly simple explanation of what Impact Hub Odessa is engaged in, and what are the motivating values behind the project? 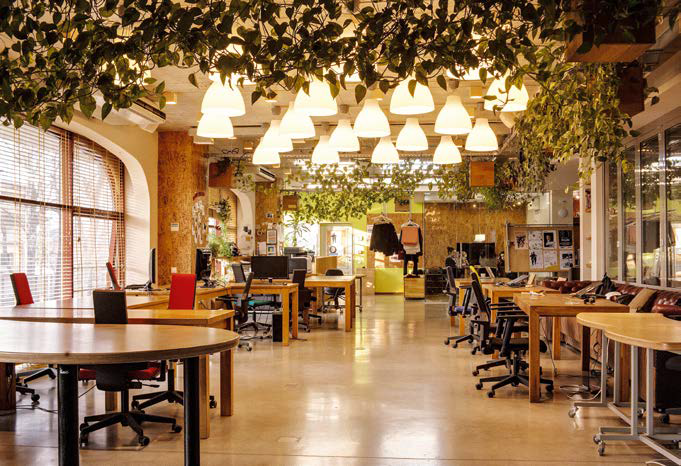 YG: Imagine there’s a person in an average Ukrainian town who comes up with a great idea. The implementation of this idea can, let’s say, help children with disabilities attend ordinary schools or give elderly people some extra income. Do you have any idea what a long way they will have to go to implement it? They will have to overcome a lack of understanding within their family and mockery from anonymous people on the internet, they will have to admit that they are lacking some of the knowledge they need (for they will need to learn about finance, marketing, and team-leading)… Besides that, they will have to offer a competitive product or service and stick to the law. Before us, such people with ideas had nowhere to develop themselves and find co-thinkers. About five years ago, there was almost no environment for developing sustainable social business in Ukraine. Impact Hub Odessa helps social projects and their teams develop themselves free of charge. The good news is that everyone — from ministers to housewives — can participate.

OR: What exactly do you mean by participate?

YG: Let me tell you our story to make it more clear. In 2006, I was that very same guy with a great idea. I wanted to open a progressive educational center, emphasizing the ecology and culture of a modern city. I rented a cheap basement, 60 square meters in size, called that space Kislorod (Oxygen) and started attracting interesting educational content there. Despite a series of mistakes I had made with the positioning of the project, marketing, and the rent contract, the project still flourished. But it didn’t have enough time to solidify and become totally self-sustained — after a year and a half the landlord suddenly sold the space, and another financial crisis made me close the project in order to focus on earning money. However, this pilot project gave me experience and the sense of the right direction. I understood what kind of concept and business model would have a maximal social effect. I was waiting for some spare capital to emerge in order to begin building a team. In 2012, we found a 400 square meter space in the center of Odessa and I restarted the project with an emphasis on education and popularizing the best practices of improving the life of society. Step by step, the space became a platform for the development of local communities of social innovators and socially concerned individuals. The new format turned out to be more successful than the original prototype, thanks to a different way of interactive organizing: first, we just brought together people and organizations that believed the city and the country could be better. We introduced different projects and professionals in different spheres to each other — and they immediately had common thoughts, found common values and came up with fresh ideas quickly. When there were many ideas and newborn projects, we began to pitch the projects to businessmen and governmental officials and we began to launch permanent free master classes from professional financiers, lawyers, auditors, and IT and marketing specialists, as well as from owners and top managers of different sorts of businesses. All those professionals shared their expert views ProBono, and their expert views became a catalyst for social entrepreneurs’ growth and saved them from making basic mistakes. Young innovators always actively absorb live experience. That’s why the experience and knowledge of top managers and owners from the private sector helps young projects save years of time. And this is really important: the act of strengthening someone’s wings before they give up on the attempt at flight.

OR: What’s the secret to the success of the Impact Hub Odessa?

YG: Impact Hub Odessa is based on networking: people bring other people in and, at some point, the community begins to grow without our direct participation and investment. This is so inspiring! It’s the community, this live ecosystem of concerned people itself that gives social innovators most of their opportunities. Co-thinkers let their idea be perfected to the level where it gets a chance to be implemented. Our secret is that we learned how to create educational ecosystems for social entrepreneurs. Moreover, Impact Hub Odessa openly shares its practices for creating such ecosystems. The number of projects during the period that we had worked on went up several times, and “social accelerators”, similar to that of the Impact Hub format, are now appearing all over Ukraine. Social entrepreneurs can only be born in a so called nutrient broth and need to grow into a city’s economy and communities. It only works and becomes possible with the participation of a multitude of different actors. Each of us can impact the development of new social initiatives. Each and every one of us! Are you an expert ready to consult for free? Wonderful! Do you have a shop with a free shelf space for social project goods? Great! Are you ready to order a website from socially responsible programmers? Super! Do you have an idea for a project with a dual track combined financial model, in which the commercial part allows you to support the free one? Fantastic! In 2013, to get access to international experience, we joined the global association Impact Hub Network and changed our name to Impact Hub Odessa. Within six years, Impact Hub Odessa turned into a 1,300 square meter sized space which had nine regular programs in all different spheres. We host or partner with another two hundred social projects, and host 1,900 public events a year

YG: Within five years we formed a community of mentors from business, who regularly and willingly help social projects and social initiatives. That is why, this March, I initiated the launch of the ProBono Club Ukraine project. It’s mission is to help social organizations and projects, social entrepreneurs and non-commercial initiatives connect to professional services or find expert assistance from the corporate sector for free. The ProBono concept (Ed. Latin: Pro bono publico — for the common good) is free professional and expert help exercised for We knew we were correct in our intuitions that Odessa had been waiting for just such a space when the very first event — a performance by the Russian poet Dmitry Bykov — was attended by several thousand people and the theater lacked the space to host everyone the public benefit. This kind of help is widespread in Europe and the US. For example, through the auspices of the Taproot Foundation, professionals have invested their knowledge and services, worth of $152.8 million, into the social sector. ProBono can be a part of corporate social responsibility programs — the format is the only difference. Usually we perceive corporate social responsibility as giving money, whereas doing something ProBono implies the direct participation of a company and its employees, investment of knowledge, expect views, and real working hours. Every social project the company joins means much more than just PR with logo distribution. It is a story that demonstrates the idea that a company’s values and much more are more memorable than promo posters. So, I invite companies and professionals to join the global ProBono Impact Hub Odessa movement in Ukraine and to help us support socially useful projects requiring advice and an impartial view today. I personally consider Ukraine to be a really rewarding project for impact investment, due to the high social effect multiplier that the work creates in its wake. In the case of social entrepreneurship, there is a commonly shared aim: making life more comfortable and fair. That in its own way is great news: it means that everything is still in our hands, and that we are masters of our own destiny. 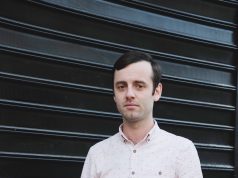