How one educator is fighting to turn Ukrainian Catholic University’s data science “educational startup” into a global heavyweight.

At first glance, Oleksii Molchanovskyi looks like a ordinary Ukrainian information technology (IT) specialist. A pleasant man in his mid-30’s, he’s dressed in a t-shirt from a machine learning workshop, cargo shorts, and flip-flops. But his work is very far from typical.

Molchanovskyi is the academic of director of Ukrainian Catholic University’s innovative Data Science master’s degree program. While many Ukrainian universities find themselves dragged down by institutional inertia, excessive hierarchy and outdated methodologies, this small private institution in Lviv is trying to overcome these obstacles and build a world-class data science program. Many already say is the best IT Master’s program in Ukraine.

The academic director himself is more modest: “We believe this is true. But, you know, we’re biased”, he laughs.

Data Science is the study of the use of mathematical models in IT, especially as they relate to algorithms and machine learning. As technology continues to blast forward at breakneck speeds and the internet and mobile communications play an ever greater role in our daily lives, the field has rapidly grown in importance. In 2012, the Harvard Business Review even termed data scientist the “sexiest” job of the 21st century.

But Molchanovskyi’s modesty is not without reason. Founded in 2015, UCU’s data science master’s program is exceedingly young. Only two cohorts have graduated so far, making it impossible for the popular Ukrainian IT site DOU.com to rank the program.

Still, Molchanovskyi is well-positioned to evaluate the program’s successes so far. Before moving to Lviv in 2015, he taught for nearly a decade at the Kyiv Polytechnic Institute (KPI).

Even without a formal ranking, there is little doubt that UCU Data Science pulls in the best students in Ukraine. The data supports that conclusion: Molchanovskyi says his students rank the highest in mathematics across Ukraine according to national standardized tests.

The student body itself is diverse. Some enter the Master’s program immediately after receiving their undergraduate degrees. But others are in their mid-20’s with full time jobs on top of their coursework or in their thirties with years of professional experience. Luckily, the program is modularly structured with three days of classes every other week, which makes it possible for students to work as well as study. This is important for many, as the program’s 3000 euro tuition is quite steep for many Ukrainians.

Beyond allowing the students to hold down jobs, the modular structure also means that the student body is geographically varied. Two thirds of the students are not from Lviv. Most have relocated in order to study, but some (mostly from Kyiv) commute. One student even commutes from Kharkiv — 13 hours in one direction by train!

Molchanovskyi considers the students to be clients, for whom he provides a service. This entrepreneurial, competitive mindset informs both the course’s modular structure and its educational program.

When he plans the year’s curriculum, Molchanovskyi bases it on the curricula of Stanford and other top schools. He stays on top of current trends. Then, his next step is to meet Lviv IT executives and go over the program. This ensures UCU students are always learning the most relevant and employable skills in this fast changing industry.

Ukrainian IT companies have also taken a real interest in Molchanovskyi’s program. Recruitment posters for big names like Grammarly and Ciklum are all over campus. Ciklum even sponsors a scholarship to the program.

Innovative methodology isn’t the UCU’s only strength. The enthusiasm of the students is critical. Molchanovkskyi says that when he was at Kyiv Polytechnic Institute, the campus was usually empty by 5:00 p.m., whereas at at UCU students can be seen working well into the night.

The master’s students also work as TAs in the undergraduate programs. Molchanovskyi believes this is particularly important, as it creates a real feeling of comradery. The students second this, saying that the “energy” is one of the most important things about the school. One place this can be seen is the cafeteria. Ukrainian state universities often have separate dining areas for underclassmen, upperclassmen and faculty. At UCU, faculty and students eat together. The goal is to break down the walls that usually limit interactions between the different groups.

One of Molchanovskyi’s goals is to attract top IT talent to Lviv. But he also has more global ambitions. In a few years, he expects, we will see UCU graduates working at the cutting edge of artificial intelligence and machine learning in companies like Google and Facebook. The UCU program emphasises international engagement and regularly invites professors from abroad to lecture in Lviv.

Master’s student Tanya Martynyuk thinks this is one of the programs main appeals. “Even during the summer school” — just around two weeks long — “we had tons of professors from abroad, from NYU for example”, she says. “I even asked some of them if they’d consider supervising me remotely, for writing some papers or going in depth into some problems”.

“Networking is one of the best things here”, she adds.

Martynyuk intends to pursue her PhD abroad and then move back home to work on improving education in Ukraine. That’s a challenge, but one for which UCU Data Science graduates seem well suited.

Other Ukrainian universities are already taking notice of UCU’s innovations and the results it produces. In Kharkiv, several new master’s programs in AI are in development, and Molchanovskyi is optimistic about the field’s future. He believes that, as in industry, competition will drive improvements in education.

Currently, the Master of Data Science Program is awaiting approval for an Erasmus grant. If successful, Molchanovskyi and his team plan to establish a network of high-quality Master’s programs around Ukraine.

Luke Smith is an editor at The Odessa Review. 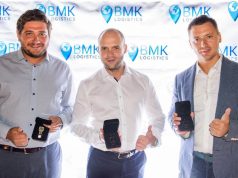