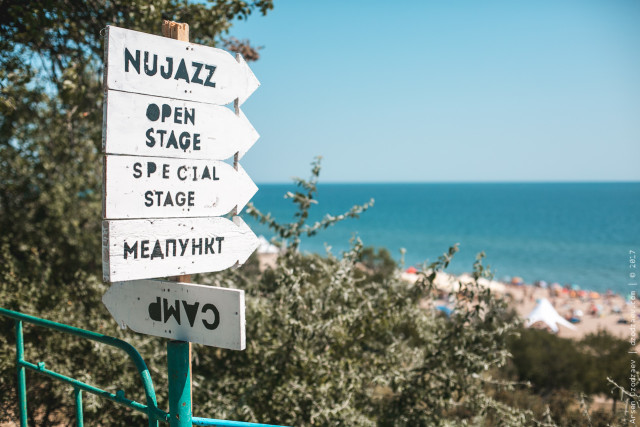 My third day at the Koktebel Jazz Festival began with high hopes andn even greater expectations.

The day began with a press tour to the ISRZ ship repair yards, which are a partner to the festival. We had a chance to see the ships standing in the drydocks and being fixed, and also to visit a bomb shelter which had been built in 1973 and is despite all odds, still in pristine condition. The visit reminded one of a set in Stalker or of a cavernous dungeon in the Quake video game series. Seeing it was a fairly extraordinary experience. The Vagonovozhatye punk rock band also came with us on the tour; perhaps looking for a bit of inspiration for their next album.

The Open Stage was better that of the previous days, with shows by Monochromea as well as the Heartbeats Brass Band, both playing quite interesting and solid jazz, Monochromea vocals not worse than Adele has.

I had spent the previous three days of the festival waiting for the
headlining act of Jay Jay Johanson – in fact his set was actually the main reason reason why I had come out to the festival. I have been a long-time fan of his music and I will admit to having spent several hundred evenings listening to his songs. Having seen his name accidentally on a festival billboard felt like I had been sent a gift from heaven and that was the moment that I had decided to come out for the duration of the festival. 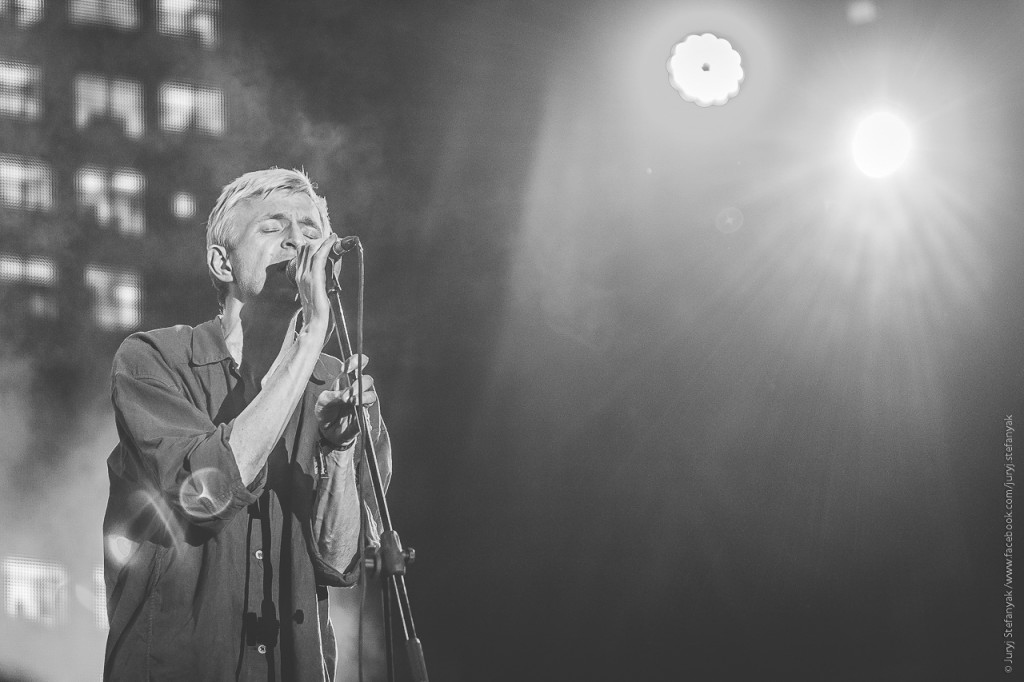 In essence I had spend the whole day in high anticipation of the set.

It turned out that the long-awaited performance was quite modest in scale. Mr. Johanson came without his band, only taking along a keyboardist and some prerecorded instruments for support. The playlist consisted mainly of some fan favorites and old hits from the “Poison” and “Antenna” albums, but he also played some songs from a new album which was out due in two weeks! This was the first I had hear of “Bury the Hatchet”, and I’m looking forward to getting it when it drops in a few weeks.

At the end of the concert he came down the stage to give out hugs and handshakes to some of the luckier fans standing at the front of the lines – and yes, dear reader, your humble correspondent found herself among them.

Hopefully, we are going to meet Mr. Johanson again soon as he
mentioned during the set that he would like to visit Ukraine again
soon.

It was an awesome evening, what else can one say?

The last day of Koktebel Jazz Festival was the most relaxed by far.
All the main events had already taken place, and the inner battery of the festival had been discharged. So most of the festival visitors stayed on the beach, absorbing the last of the summer rays – but no one was swimming as the water was freezing.

Still, the last night`s Open Stage brought me a sudden music gift – Suok, a project of the young Ukrainian singer Maryana Golovko.
Generally all the female singers presented on the Open Stage were well-trained and strong vocalists, but there was something special about her – she had the spark of talent. As we know now, that Jamala has also started once with Koktebel’s Open Stage – so, perhaps yesterday we saw the first concert of a rising young star.

Not feeling like staying on the hot beach and dancing on the fiery
sand anymore, I decided to spend my evening with “Jazz and the Sea” inside of the Palace of Culture and Arts. The Ussein Bekirov Trio and Roman Kolyada were putting on a show and how could I pass up the chance to hear one of the greatest living Ukrainian jazzmen?

Kolyada presented his new album, “Expectancy” – based in a smooth and impressive piano ensemble combined with some spoken word poetry read aloud. And then came the trio of Ussein Bekirov himself on keyboards with Igor Zakus on bass being joined by a drummer. After the smooth and meditative piano passages by Kolyada, their music raged like a storm on the sea after a long-time calm. 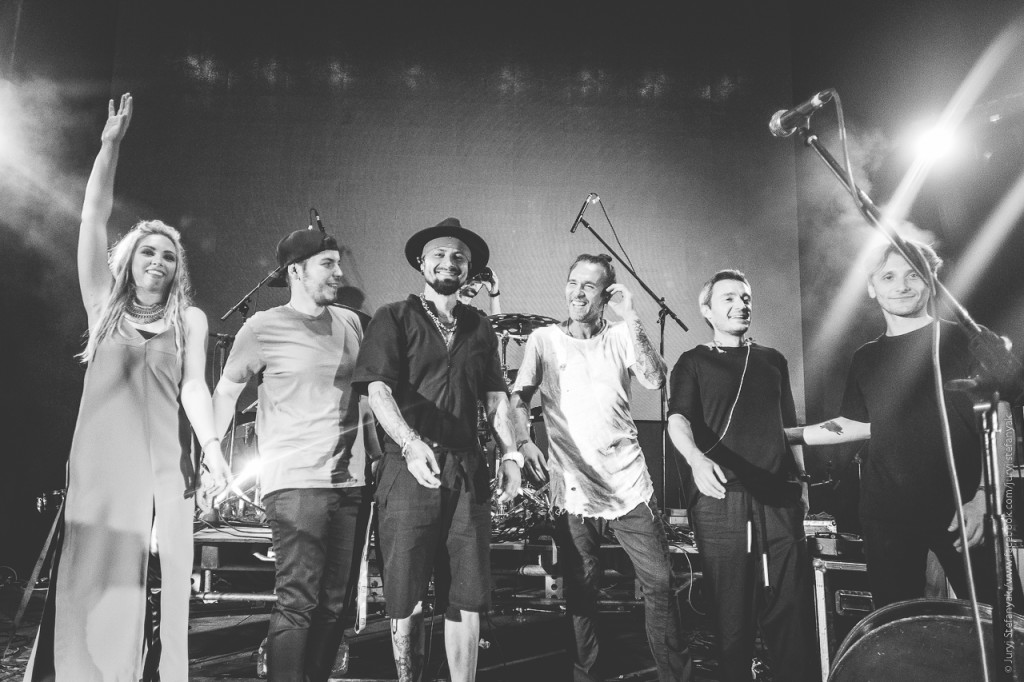 That is how I spent my last day at the Koktebel Jazz Festival. By the end, I had the ambivalent feeling of missing my home and not wanting to leave at all. But nothing lasts forever, so I packed my tent and left for Odessa, taking along a big chunk of the warmest memories, my mind filled up to the top with the greatest music. 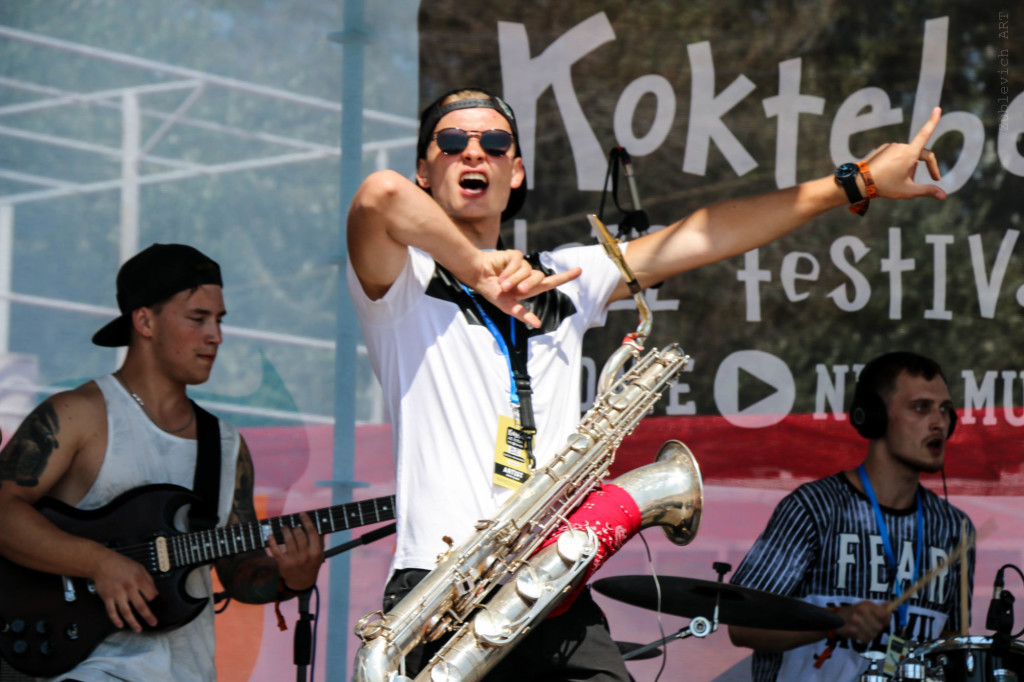 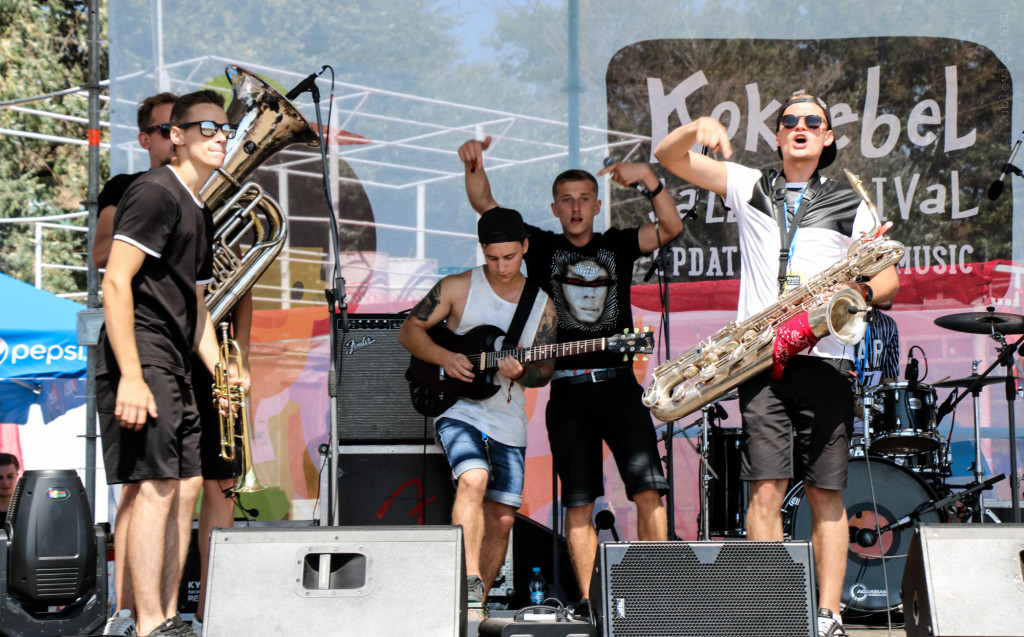 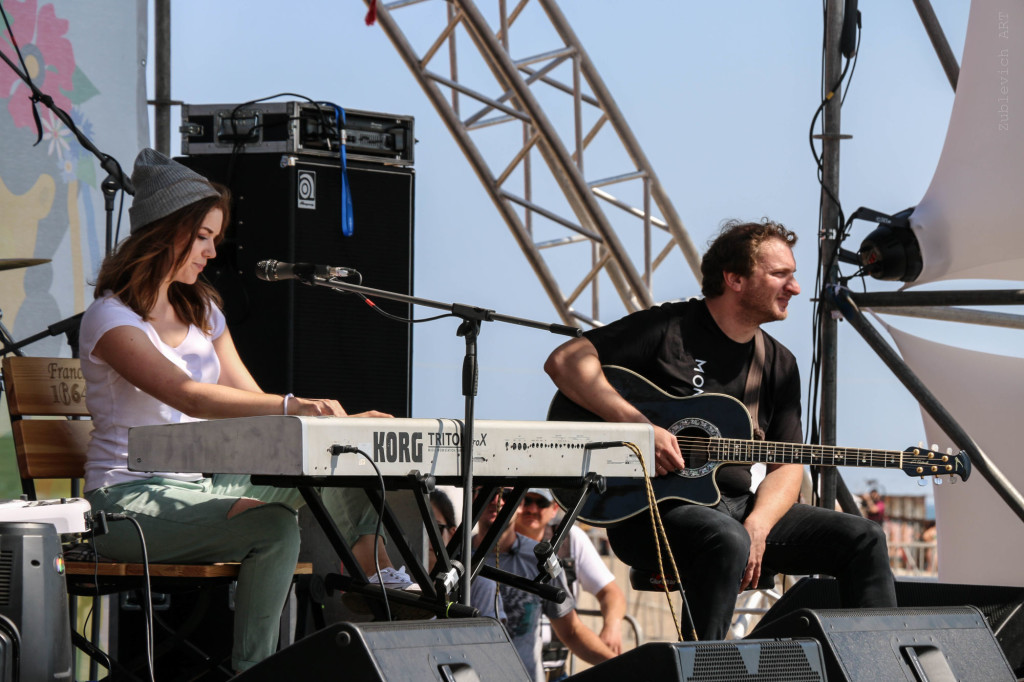 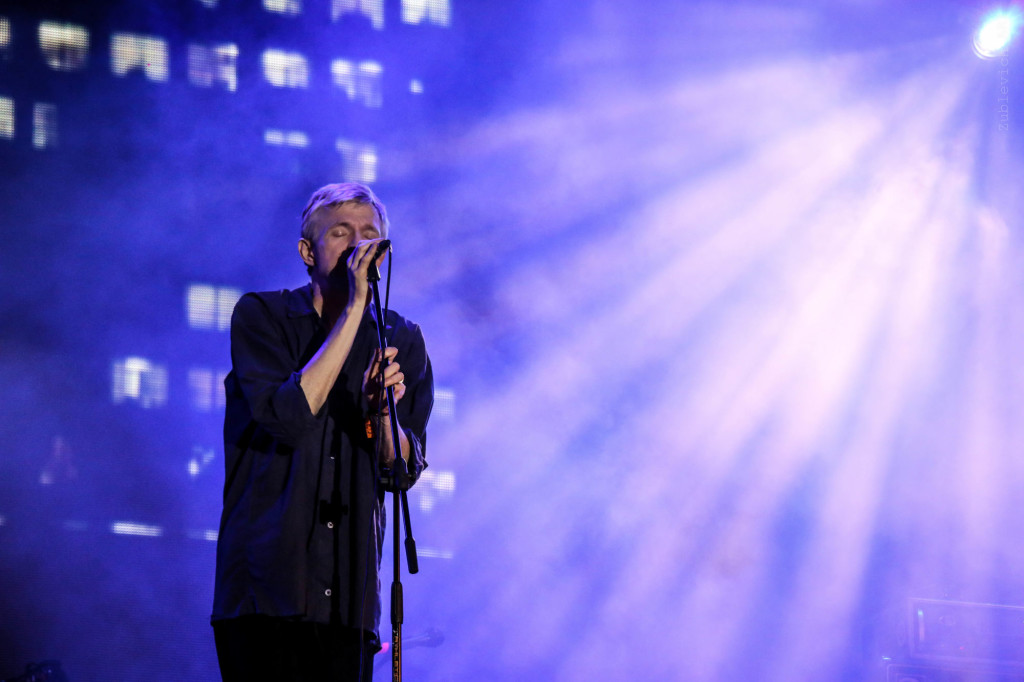 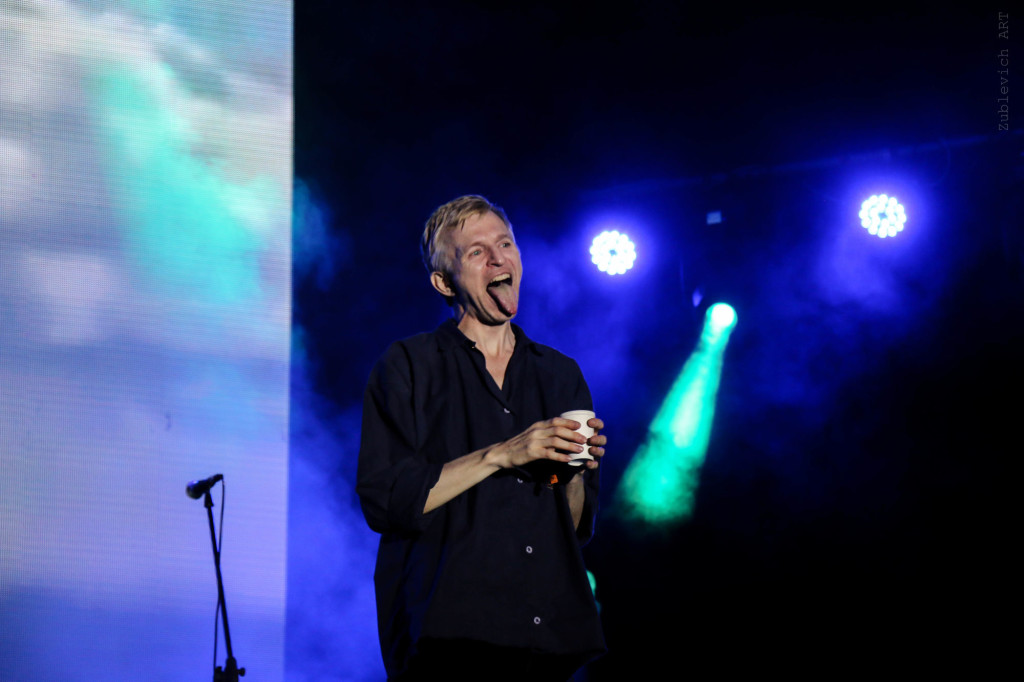 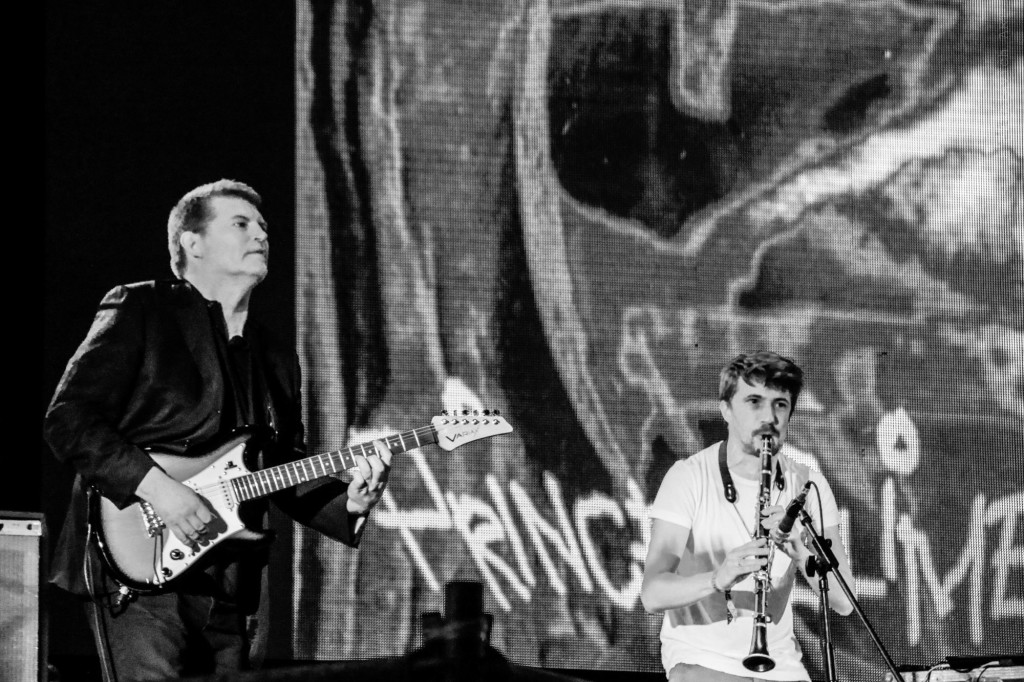 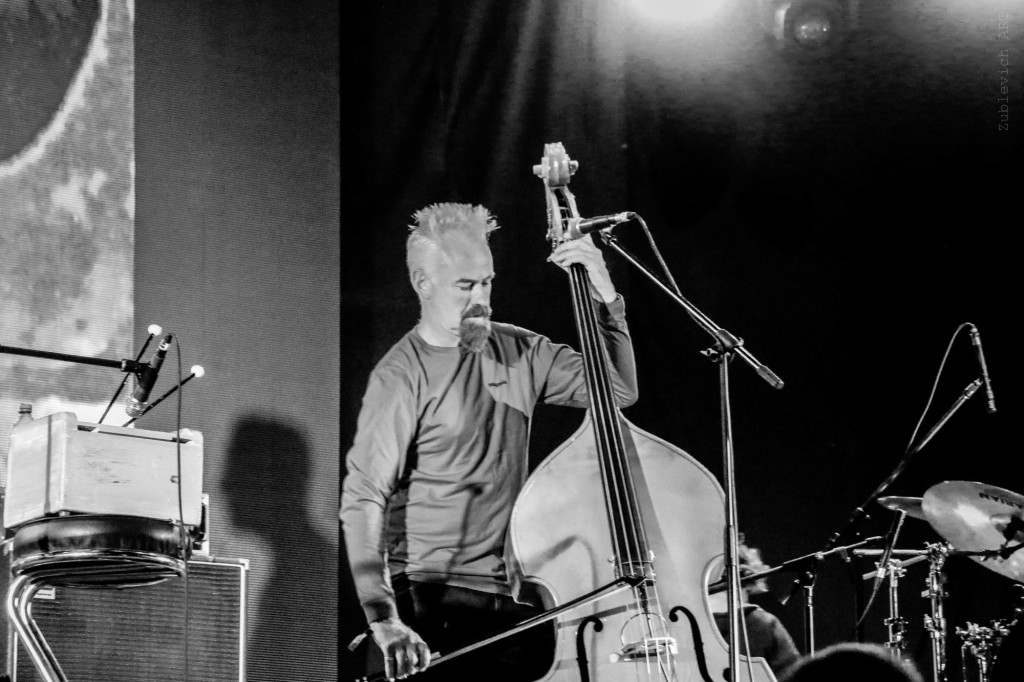