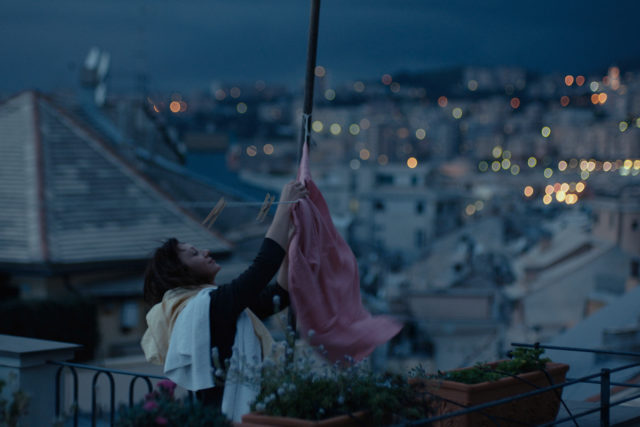 According to the commentary from producer Volodymyr Filippov, the film was shot in both Ukraine and Italy for nearly four years. This considerably long time for shooting was due to disruptions in the film’s financing. The picture was finished with the support of the State Agency of Ukraine for Film Industry.

“The Nest of the Turtledove” starred Italian actress Lina Bernardi who is famous for her work with Federico Fellini and it also stars Ukrainian actors, Rymma Ziubina and Vitaly Linetsky. Vitaly tragically died in July 2014 and this was his last picture which became a posthumous monument to the talented actor.

The film is about the emigration of a Ukrainian woman to Italy. She works abroad because of her country’s problems; she considers Ukraine to deplete you socially, financially and spiritually. The cinematography tries to shine a light on the constant problems of “developing countries”. However, this film also shows that “developed countries cannot provide one with everything, the woman lives in a lonely solitude in Italy. The director of “The Nest of the Turtledove” is trying to question social norms in the two worlds by showing this simple and clear story of one family. Consequently, the critical film is relevant to many viewers at OIFF 2016.