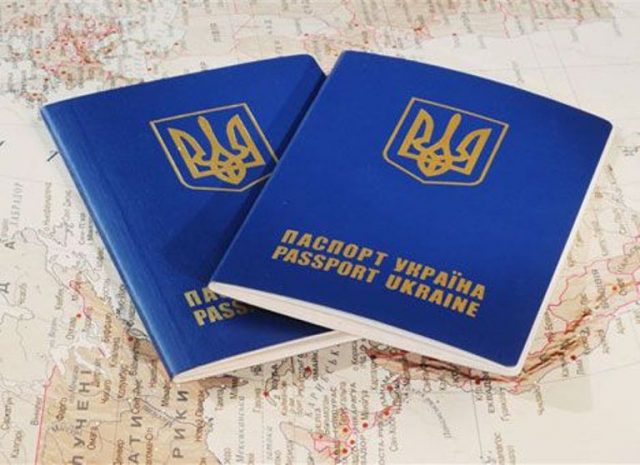 Recently, the former president of Georgia and recent governor of Odessa, Mikhail Saakashvilli was deprived of Ukrainian citizenship by Kyiv after also having lost his Georgian citizenship.

However, statelessness effects far more people in Ukraine than just the former governor. According to the United Nations High Commissioner for Refugees (UNHCR), at least 10 million persons around the world are without nationality or “stateless.” Typically, a stateless person has no access to legal rights or representation and is trapped outside of what the philosopher Hanna Arendt famously referred to as “the right to have rights.” As such, stateless persons face problems accessing basic rights including freedom of movement, education, healthcare, employment, marriage registration and much more. In 2016, the UNHCR estimated that roughly 35,000 stateless persons or persons at risk of statelessness, reside in Ukraine. This population constitutes perhaps the most vulnerable group of people living on Ukrainian territory. Who are the stateless in Ukraine and why is it so hard to fix their problem?

Like the stateless everywhere, the majority of stateless persons living in Ukraine are quite vulnerable.

In Ukraine they fall into one of four primary categories.

The second category of stateless persons in Ukraine are Roma. Given the strong communal links and often transient/mobile lifestyles of traditional Roma culture, Roma are less likely to record births or obtain documentation with local authorities than their more stationary peers. The lack of paper trail often translates into not having a passport or access to government services later on in life.

The third category is the homeless, who are often undocumented because applying for a passport requires residence registration, which they obviously do not possess.

The fourth category is that of current and former prisoners, especially those who were imprisoned before reaching the age of 16 and those who still possess Soviet passports. The risk to prisoners also stems from the disappearance of personal documents from prison archives. There is also a heightened danger of statelessness for those who were or are incarcerated in non-government controlled areas (NGCA). Members of the four stateless categories who are also internally displaced persons (IDPs) are especially vulnerable as the resource short government of Ukraine is typically more concerned with political and military responses to the conflict rather than alleviating the human suffering that it has caused. Refugees and asylum seekers in Ukraine constitute another (more traditionally understood) category of stateless persons in Ukraine.

Per the results of recent sociological studies undertaken in the Kyiv and Kharkiv regions by the NGO Right to Protection and the GfK market research organization, it is believed that members of the homeless population as well as Roma communities have the greatest likelihood of being stateless. However, individuals aged over 50 who bear Soviet passports likely constitute the largest number of stateless persons in Ukraine by far. As a result of numerous legislative and administrative procedural gaps, persons residing in the NGCA who are undocumented, documented by the so called “Donetsk” and “Luhansk People’s Republics” as well as their newborn children, are potentially at great risk of statelessness. Ukrainian authorities do not recognize birth/death certificates and other documents issued by the authorities in the NGCA. Subsequently the only way for a child born in the NGCA to be granted Ukrainian nationality is to domesticate the NGCA-issued documentation through a court procedure, as no administrative process exists to swap NGCA-issued documentation for Ukrainian documentation. Without that sort of domestication, one’s NGCA-issued documentation will  not be recognized in government-controlled territory and cannot be used to access basic services. Basically, the entire generation born in the NGCA since the start of the conflict is potentially stateless.

The problem of statelessness in Ukraine is aggravated by a flawed and incomplete legislative framework. The UN Statelessness Conventions were ratified by Ukraine in January 2013. Recently, per Ukraine’s international obligations, the authorities declared their intent to adopt national legislation that would establish procedures for the determination of statelessness. Such procedures would allow the government to legally recognize one’s statelessness, provide such individuals with lawful identity documentation, prevent stateless persons from arbitrary immigration detention or being fined for staying in Ukraine without valid identification. However, until such procedures are adopted and implemented, stateless persons will continue to be turned away from the Ukrainian State Migration Service offices and told to reapply for documentation once Ukraine has adopted statelessness determination procedures. In the interim, Ukraine’s stateless population remains legally invisible.

The solution to the statelessness problem in Ukraine is low in cost and relatively easy. The solution requires mapping the stateless population and providing stateless individuals with free legal aid to help remedy it. It also means securing legislative measures to increase access to civil registration and documentation for at risk persons. It also involves fully harmonizing local legislation with the UN Statelessness Conventions in line with Ukraine’s international obligations. At this stage, Ukraine must adopt a statelessness determination procedure which would allow stateless persons to apply for identity documentation, give them the right to freedom of movement and access to basic services. The stateless in Ukraine would be quite vulnerable even if they were granted Ukrainian nationality or documentation given the correlation between statelessness and other highly vulnerable categories including homelessness, advanced age, incarceration, being Roma, or perhaps even belonging to more than one of those categories. Enacting and implementing appropriate statelessness legislation would reduce the problem of statelessness in Ukraine, but only partially decrease the vulnerability of such persons given their likely membership in other high risk categories. However, a positive step to- wards improving the lives of the stateless in Ukraine would be to document them and allow them to access the benefits and services available to all other Ukrainian nationals and legal residents. Reducing the number of stateless persons living in Ukraine would be a time consuming and multistep policy process, but should not be overly difficult if the political will existed. Still, mustering the requisite political will to pass and implement the necessary legislative fixes will not be easy.

Stuart Linder is an American lawyer and a Kyiv based development officer with the Humanitarian and Human Rights NGO Right to Protection (R2P).