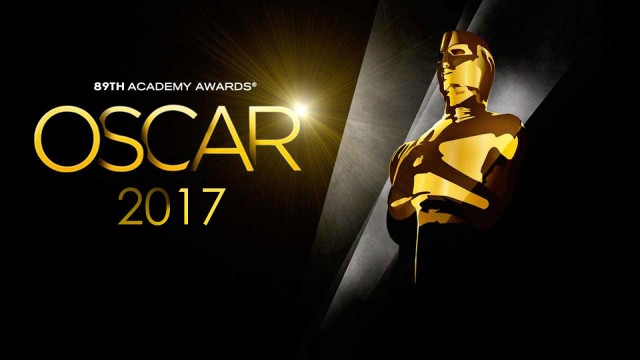 Many surprises came from the Academy’s decisions to give a chance to unexpected nominees in some categories, while disregarding favorites in others. Damien Chazelle’s musical La La Land leads with fourteen categories, including Best Picture, Best Director, Best Actor for Ryan Gosling and Best Actress for Emma Stone. The feature became one of only three films ever to gather nominations in so many categories, tying with All about Eve in 1950 and Titanic in 1997. The features Moonlight and Manchester by the Sea have been named by the audiences as the main competitors to La La Land in the category Best Picture. Moonlight is a drama about the life of a young black man coming to terms with his sexuality, written and directed by Barry Jenkins, based on the play In Moonlight Black Boys Look Blue by Tarell Alvin McCraney. Moonlight received eight nominations for the 89th Academy Awards, including Best Picture, Best Director and Best Adapted Screenplay. Kenneth Lonergan’s American drama about the provincial life of a little town Manchester by the Sea received six nominations including Best Director, Best Actor for Casey Affleck, Best Supporting Actor for Lucas Hedges, Best Supporting Actress for Michelle Williams and Best Original Screenplay.

It’s worth noting that the category Best Original Screenplay includes The Lobster, a 2015 film about two fictional opposing tribes with their own rules and rituals, and touching on the eternal theme of love, directed by Yorgos Lanthimos and starring Colin Farrell, Rachel Weisz and Léa Seydoux. The feature was selected to compete for the Palme d’Or at the 2015 Cannes Film Festival and won the Jury Prize. It was also screened in the Special Presentations section of the 2015 Toronto International Film Festival.

Other top nominees are family drama Lion directed by Garth Davis and written by Luke Davies and American science fiction film Arrival directed by Denis Villeneuve and written by Eric Heisserer. Lion is based on the non-fiction book A Long Way Home by Saroo Brierley with Larry Buttrose, and stars Nicole Kidman, Rooney Mara and Dev Patel (known for his roles in Slumdog Millionaire and The Best Exotic Marigold Hotel). This film received six nominations, including Best Picture, Best Supporting Actor for Dev Patel, Best Supporting Actress for Nicole Kidman and Best Adapted Screenplay, but excluded Best Director for Garth Davies. The feature Arrival, based on the 1998 short story Story of Your Life by Ted Chiang, received eight nominations including Best Picture, Best Director, and Best Adapted Screenplay, but excluding Best Actress for Amy Adams, despite her role winning the hearts of audiences at the Telluride Film Festival.

Once again, the Best Actress category includes its constant nominee — Meryl Streep for Florence Foster Jenkins, a biographical comedy-drama directed by Stephen Frears and written by Nicholas Martin, but also an Academy Awards debutante Isabelle Huppert for Elle, directed by Paul Verhoeven and written by David Birke, based on the novel Oh… by Philippe Djian. For this role Isabelle Huppert won the Golden Globe Award for Best Actress in a Motion Picture — Drama and was nominated for the 42nd César Awards (French Oscar).

One more top-notch competitor for Best Picture is Hacksaw Ridge, a feature about the warrior-pacifist Desmond Doss, directed by Mel Gibson, who has finally ceased to be persona non grata in Hollywood, landing a Best Director nomination. In total, the film is nominated in six categories including Best Actor for Andrew Garfield.

Several films that were hailed as the best works at European Film Awards, Cannes Film Festival and Berlinale are make an appearance in the 2017 Academy Awards nominations. Toni Erdmann, directed by Maren Ade, an up-and-comer from Germany, is a light-hearted and touching film already earned the praise of critics and won the FIPRESCI award at the 2016 Cannes Film Festival. The film will represent Germany in the best foreign-language category for the 2017 Oscars, together with Sweden’s grumpy A Man Called Ove, directed by Hannes Holm and named the Best Comedy of 2016 European Film Awards.

The Italian documentary film about the global news story of the European refugee crisis directed by Gianfranco Rosi, Fire at Sea, recipient of the Golden Bear at the 66th Berlin International Film Festival, is nominated for Best Documentary Feature. The Swiss-French animated film about orphanhood My Life as a Zucchini directed by Claude Barras has been recognized by the European Film Awards as the year’s best European animated feature and was screened in the Directors’ Fortnight section at the 2016 Cannes Film Festival. At the 2017 Academy Awards My Life as a Zucchini is nominated for Best Animated Feature.

The 89th Academy Awards ceremony will be hosted by the comedian Jimmy Kimmel and take place February 26 at the Dolby Theatre in the Hollywood & Highland Center in Los Angeles. During the ceremony, the 2017 Academy Awards will be presented in 24 categories.

The full list of nominations for the 89th Academy Awards:

“Manchester by the Sea”

Kenneth Lonergan (“Manchester by the Sea”)

Casey Affleck (“Manchester by the Sea”)

Lucas Hedges (“Manchester by the Sea”)

Michelle Williams (“Manchester By the Sea”)

“Manchester by the Sea”

“Land of Mine” (Denmark)

“I Am Not Your Negro”

“OJ: Made in America”

“Kubo and the Two Strings”

“My Life as a Zucchini”

“Kubo and the Two Strings”

“Rogue One: A Star Wars Story”

“Fantastic Beasts and Where to Find Them”

“Fantastic Beasts and Where to Find Them,” Stuart Craig and James Hambidge

“Rogue One: A Star Wars Story”