I had migrated across Odessa and lived in many places, but this one was by far the most beautiful.

I moved here when I was already an adult. In this yard, in the apartment of my first wife’s parents, on the fourth floor from where the balcony faced Teshchin Bridge, I lived during my student years: from 1973 to 1976.
I had migrated across Odessa and lived in many places, but this one was by far the most beautiful. 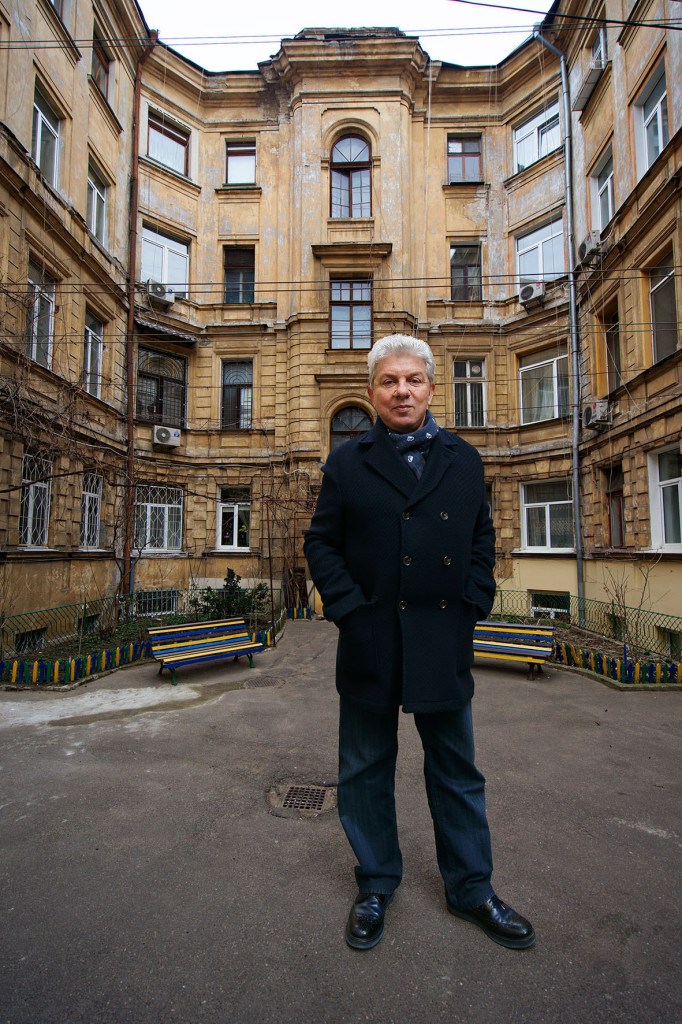 Before that, I lived on Moldavanka, on Skisna street – the very center of Moldavanka society. The conditions were such that I couldn’t imagine that it was possible to live so beautifully, that the toilet was inside, in the apartment, and not an outhouse under the open sky.

Imagine the cognitive dissonance – going straight from Moldavanka to this apartment with designer furniture, a panel of semi-precious stones hanging on the wall, walls fitted with red silk, and most of all – a real bathroom! This apartment was surprisingly beautiful. The director Govorukhin even used it as location for a film.

I couldn’t imagine that WAS possible to live so beautifully, that the toilet was inside, in the apartment, and not an outhouse under the open sky.

The yard was approximately the same as everywhere else. Bleak and gray. Still, it was downtown – one of the most aristocratic places of Odessa, so the public was of an appropriately high level – captains of long-haul ships, senior engineers from the ship-repair plant, and other significant people. The academic Filatov used to live in the next apartment, and his family and I would exchange pleasantries in the yard. In general, everyone was very courteous to each other here. 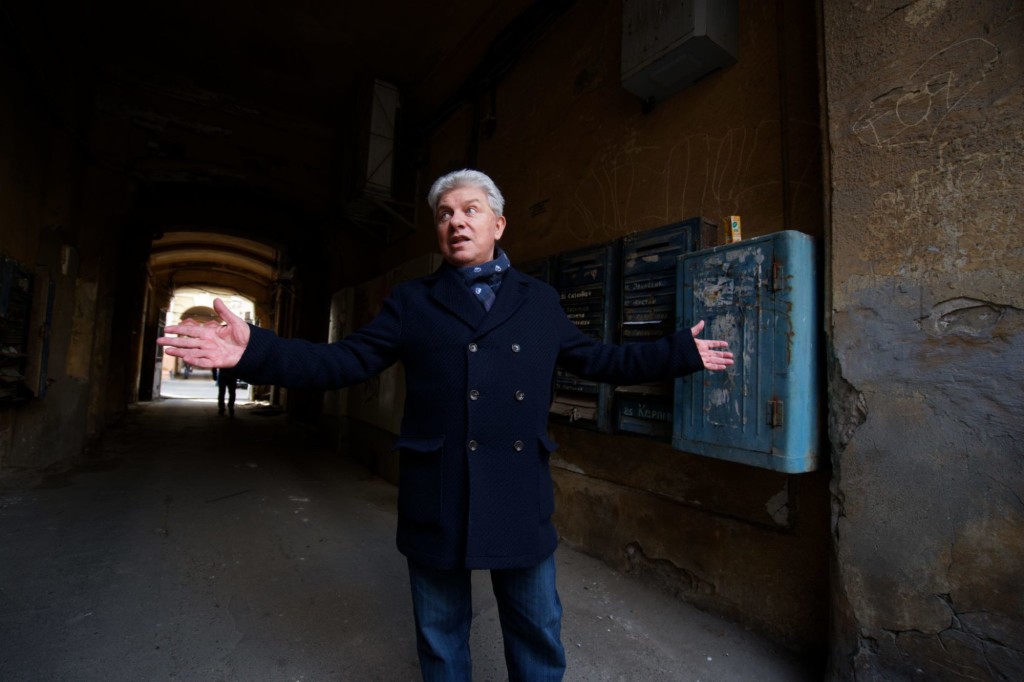 The line with the drying clothes is a necessary attribute even of the most aristocratic Odessa yard, as you can see now. It is simply impossible to imagine an Odessa yard without the washing hanging out to dry, and the old ladies eating sunflower seeds on a bench.

But I loved this place not only because I lived here. Everything in my life seemed to revolve around it.
First, I was still a student of Romano-Germanic philology at the University which held lectures on Pastera Street, and this aura permeated the place where we lived.
Secondly, my friends lived in the Foltsveynov’s house next to the Atlantean sculptures, which had an enormous terrace looking out to the Teshchin Bridge and the cliff. I remember spending many hours on that terrace with my student friends, drinking cheap port, discussing James Joyce, Kafka, and various world issues.
Third of all, right there is a hidden staircase, which leads to an old seaport where I made additional money as a musician, playing on a bandura. For our Odessa street musician collective, the biggest earnings began at 10 pm, when we would announce: “The orchestra is preparing to finish!” After that, people rushed to order a couple more songs. The taxi drivers also came to drink there after their shift changes. We already knew all of their faces and as soon as they would appear, I would instantly begin to sing: “And the road curls like a gray ribbon…” They all gave a minimum of 5 rubles. 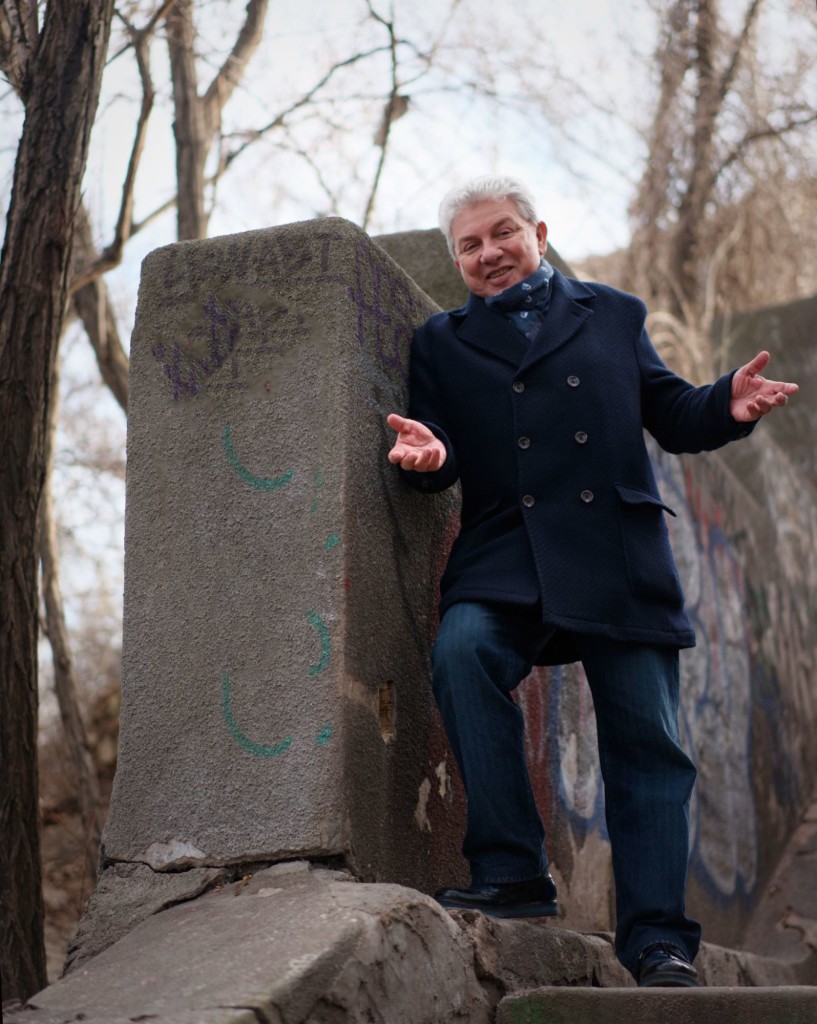 These are my favourite places in Odessa.
Some time ago, I bought a triptych with these Odessa roofs under Teschchin Bridge and poplars from an artist selling his paintings on the street. These pictures remind me of this place, of my youth. A time when we were all young, optimistic and healthy.