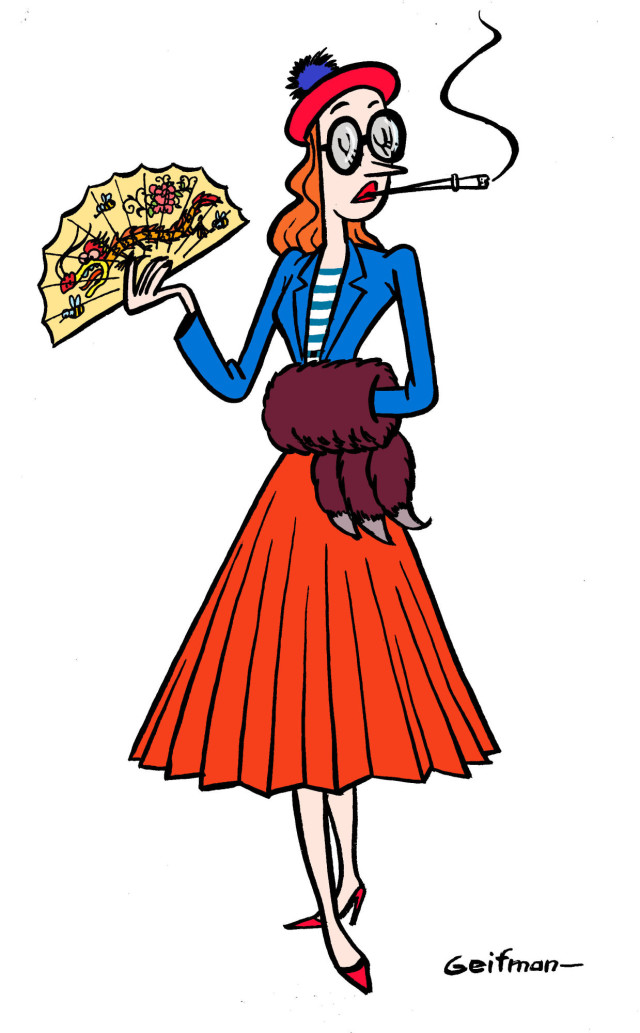 One time, the Odessa intelligentsia dropped her birth certificate out of her muff. I picked it up and opened it. Written on the blank next to “mother” was “Odessa-mama.” But the blank indicating paternity was blank. Displaying my lack of delicacy, I asked her, you really don’t know who your papa was? You know my mother’s willful nature – the Odessa intelligentsia replied sadly – even the devil would’nt be able to pry the truth out of her. I think that I had many fathers. But as a child I dreamt that I would be adopted by Isaac
Babel. I probably would have asked him to change his name, because Intelligentsia
Isakovna does not sound like a very good patronymic. He would have read the
“Odessa Tales” to me at bedtime. And he would kiss me on the cheek.
Well, Babel was not the sort of man to only kiss one on the cheek – I joked rather
lamely.

Oh yes! – the Odessa intelligentsia exclaimed
– he would kiss me everywhere!
And waving farewell to me with her Chinese fan, she slammed the door as she abandoned me.

A week later, she sent me a telegram: never make flat jokes with a curvaceous woman sha*

April 21-22 at 7pm – Hobart Earle and the Odessa Philharmonic

The Odessa Review is open for business and cooperation!