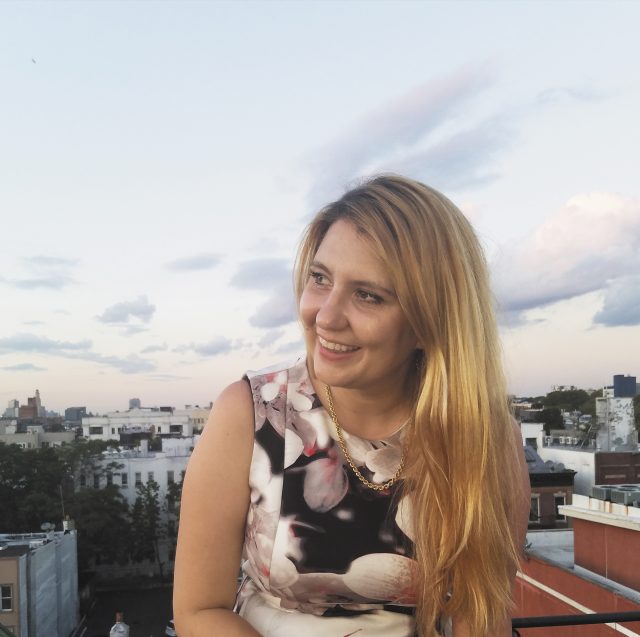 1.Let us begin with Orwell. There is a resurgence now of interest in the work of Orwell with all of the issues surrounding fake news, propaganda, and social media eating our elections. Why do you think his legacy is important now?

We’re living in an age of dictatorship that feels eerily similar to the early 1930’s, and a major weapon of dictatorship is propaganda. Studying history and the works of Orwell lift the veil of state sanctioned lies flooding the internet with bots and fake news sites.

Orwell’s writing — not just his final two novels but his essays and his letters — is a guidebook for understanding authoritarianism as well as reactions to authoritarianism from the media, government, and influencers across the political spectrum. Orwell found that some people in these institutions were complicit by being in denial or adapting terrible coping strategies, and others risked their lives by daring to speak the truth. Human nature never changes; so Orwell will always be our Virgil in helping us understand the various ways humans respond to dictatorship.

His two literary masterpieces deal with Russian aggression, which is also why his work feels current. Animal Farm tells the story of the Russian Revolution which gave way to the brutality of Stalinism and the genocidal colonization of Ukraine, and 1984 was inspired by the Russian novel We, written by Yevgeny Zamyatin in a time of chaotic and cruel  Soviet state-building.

As long as there are dictators, Orwell’s work will always feel current. The playbook for establishing a terror regime never changes: dictators come to power through Animal Farm and rule, to some degree, according to 1984.

Required reading for dealing with the grotesque news headlines of today is Orwell’s essay “The Freedom of the Press.” It was clearly written in a great release of frustration and anger at self-censorship in the media. He also calls out the reactionary willful ignorance of his fellow leftists quick to attack Kremlin critics and defend Russia against what they saw as warmongering or “Russophobia.” The essay reads like it was written about the current political climate in the US around Trump and Russia, especially how the media overlooked Putin’s invasion of the 2016 election and how influential voices on the far-left can be hostile to those outspoken on Russian aggression. As Orwell explained in his letter to Ukrainian refugees, to many in the West: “being accustomed to comparative freedom and moderation in public life, totalitarianism is completely incomprehensible to them.”

Another stunning essay is Orwell’s 1938 review of Assignment in Utopia, a confessional memoir of a disillusioned American reporter named Eugene Lyons. While stationed in Moscow for the respected international news agency UPI, Lyons helped Soviet censors conceal the Holodomor, Stalin’s genocide-famine that murdered millions in Ukraine. An entire paragraph lists the police state abuses of the Kremlin; Orwell’s paragraph happens to sound nearly identical to the statement provided by Russian performance artist Pyotr Pavlensky in 2015, explaining why on a night in Moscow he lit the door to the headquarters of the FSB on fire.

2. One sees a constant stream of articles about why 1984 is important, but perhaps Animal Farm may be the book with more lessons for us now?

Animal Farm is an important and urgently needed reminder that brutal systems are man-made, even with the best intentions. It’s why I’m uneasy about cult worship in political movements. I’ve seen some well-meaning people write vile and nasty things to fight for a cause they believe in, as though the end justified the means. Right now everything feels uncertain and democracy worldwide is on the decline; naturally, people are looking for something or someone to believe in. Animal Farm can help us stay grounded to judge a movement not by its charismatic leaders but by the fruits that it bears.

Through my work, I’ve met people, all from former Soviet countries, who had never heard of Orwell before, and I’ve met people who were saved by Orwell. Yeonmi Park, the North Korean defector told me that reading Animal Farm helped her understand that the dictator she escaped was not a divine god and that his family’s evil system was not natural. A former ISIS fighter who now works on outreach to those wanting to leave ISIS also credits Animal Farm for helping open his eyes.

3. Let’s speak about the success of your book, from which the essay that we are republishing is drawn and what you think it means for the culture.

My book was never supposed to be a book. It started off as a way to preserve research that went into writing my screenplay, GARETH JONES. That script is based on the true story of the young Welsh journalist Gareth Jones who risked his life exposing Stalin’s genocide famine in Ukraine, only to eventually be killed after falling in with two mysterious men connected to the Soviet secret police; the script shows how Gareth’s work lives on in Orwell’s Animal Farm. It’s an important reminder that the truth never dies.

There are interesting connections between Orwell and Gareth Jones: they were around the same age; they shared the same literary agent — Leonard Moore, and they were both friends with Malcolm Muggeridge, the famous journalist. Of course being two brilliant young men interested in the world, their lives likely overlapped in other ways as well.

What’s most fascinating to me is how Orwell must have felt when he read Assignment in Utopia, the book I mentioned that he had reviewed, by Eugene Lyons. There’s a chapter dedicated to Gareth. It describes how Lyons joined other leading Western journalists in Moscow to publish articles calling Gareth a liar for his famine reporting — Lyons and the other journalists did this to gain greater access to the Soviet regime. It was a terrific deal brokered by the Soviet censors that night in a suite in a hotel in Moscow.

This chapter is essential reading for anyone wanting to understand Orwell’s life and times and how individuals on the frontlines, like journalists, fell into corruption, as Lyons’ did, or were buried by attacks against their credibility, as in Gareth’s case. As he essentially tells us in “The Freedom of the Press,” Orwell understood very clearly that what happened to Gareth could have easily happened to him.

My book, like the screenplay, has taken on a life of its own, because it’s needed now. While working on the script, I discovered my family had a rare copy of the Ukrainian translation of Animal Farm made, with Orwell’s help, by Ukrainian hipsters stranded in a World War II refugee camp. I dove into learning everything I could about how it came to exist, and was asked to present my research at the National Press Club in Washington, DC. I assembled my research into a book with a powerful cover by the artist and investigative journalist Molly Crabapple, who is a living Orwell for her brave art and journalism. Soon after it was published, a group of college students in Toronto found it and sent me on a two-week university speaking tour of Canada. This led to a Canadian high school teacher and community organizer named Nadia Guerrera developing a curriculum for teaching  my book as a way to inspire young people to use their voice and creativity for human rights like Orwell did.

4. You have been engaged in Holodomor education programs in the US and in Canada. Please, tell us about.

Canada has led the world in Holodomor education, and that has not been easy. For generations, well into the 1980s and to the present day, Kremlin propaganda has aggressively denied or tried to downplay the famine-genocide, and academia tended to ignore it as universities were more Russia focused. Today, the Holodomor is being taught across Canada, which is largely thanks to the tireless efforts of educator and researcher Valentina Kuryliw, the daughter of survivors. She has been tremendously innovative in education: she commissioned  a graphic novel adaptation of the Gareth Jones story that I’m writing with the illustrator Kurt Huggins.

While much work is being done in the US and Europe for Holodomor education and awareness, it’s nothing like the infrastructure in Canada. With the help of Kuryliw’s organization the Holodomor Research and Education Consortium, a hub of famine scholarship, I directed and produced a short documentary on the famine called Stalin’s Secret Genocide, featuring Pulitzer Prize-winner Anne Applebaum (who wrote a book on the Holodomor called Red Famine: Stalin’s War on Ukraine), Harvard University’s Serhii Plokhy (who wrote The Gates of Europe: A History of Ukraine), Yale University’s Timothy Snyder (famous in the US for writing On Tyranny), and other giants of academia. The film tours Canada, and hopefully soon the US, on a beautiful Italian-designed state of the art bus-theatre called the Holodomor National Awareness Tour. It’s the most amazing thing to see how far Holodomor education and awareness have come — another reminder that the truth prevails.