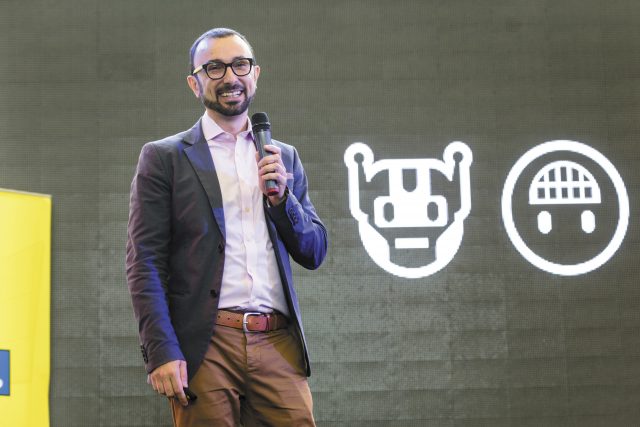 The Connect Ukraine conference ran between July 28 and 30 at Kyiv’s trendy Art Zavod Platforma and featured some of the world’s leading technology experts speaking about the future of work to young Ukrainians.

At first glance it was perhaps too easy to roll my eyes at Connect Ukraine. The three-day innovation conference proudly describes its attendees as “social entrepreneurs and corporates, visionary innovators and creative artists, technologists and ethical hackers.” Organizers blocked out over four hours for “inspirational talks.” And between sessions, a Scandinavian yoga instructor led participants in invigorating stretches, while hip young people tapped away at their laptops in a neighboring co-working space. But beyond the overplayed stereotypes of tech culture, Connect Ukraine proved to be something much more important: a forum for discussing the future and Ukraine’s place in it.

On the conference’s second day, Andrew Chakhoyan, the founder of Strategic Narrative Consulting, spoke of the life-shattering changes technology will bring to the world. The Donbas-born consultant, who now lives in the Netherlands, was upbeat about technology’s potential, but his predictions were stark: In the future, automation will leave many of us without work. This will redefine the way we live, he said. It will force us to transition from “money-makers” to “meaning-makers” and allow us to dedicate our time to the pursuit of art, philosophy, and spirituality. Chakhoyan also warned that it will prove a challenge for which our world is poorly prepared,

He was soon followed by Casey Fenton, the founder of CouchSurfing, the social network famed for allowing travelers to find locals willing to host them for a few nights. In building Couchsurfing, Fenton drew inspiration from his own experiences traveling to other countries and crashing with complete strangers. He presented his company as one long experiment in human trust.

In the future, he posited, our reputations — in other words, our trustworthiness — will be quantified and recorded in something akin to a credit score. That trust ranking could influence our ability to get a job, invest, and perhaps even socialize. “The question is: Will it be utopian or dystopian?” Fenton asked. He cited the “social credit system” under development in China — an innovation that will cover everything from one’s professional performance to internet usage habits — as an example of dystopia. 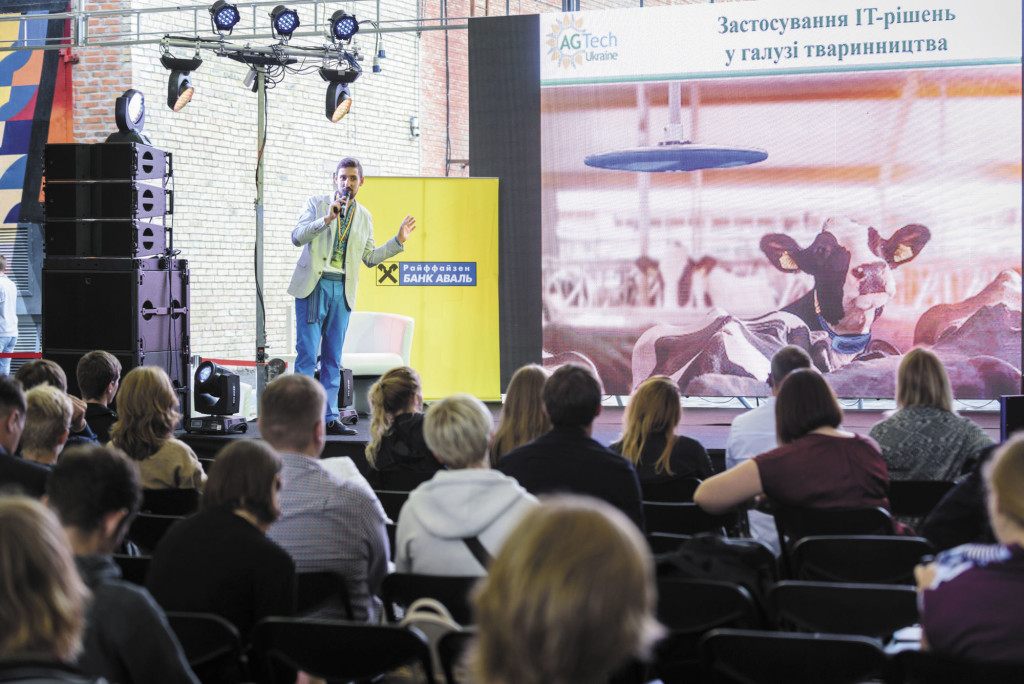 Connect Ukraine’s curious combination of futurist prognostication and invest-in-Ukraine evangelism got me wondering: How will Ukraine fair in the future that the speakers described? The country is already struggling economically. In this brave new world of high-tech automation and idleness, will the Ukrainian labor force find itself obsolete?

To get an answer, I sat down with Chakhoyan in the nearby co-working space. He admitted that rapid technological development poses enormous challenges — and not just for Ukraine. Anything that allows employers to cut back on workers’ hours will be a “big shock to the system.”

“The lesson to draw from this is how to focus the country’s development,” Chakhoyan said. “Art, culture, IT, creative industries — you can deliberately try to foster them.

I must admit, I did not find his answer entirely convincing. As Chakhoyan himself admitted in his talk, our ability to predict the future is limited. And technology’s effects will be equally unpredictable. Convincing Ukrainian policy makers to prepare for a distant future as they struggle to adapt to an immediate one will be a challenge.

But outside, Connect Ukraine’s attendees didn’t seem concerned. They listened intently to a lecture on bitcoin, networked, and snapped selfies with former president Viktor Yushchenko, who dropped by at midday.