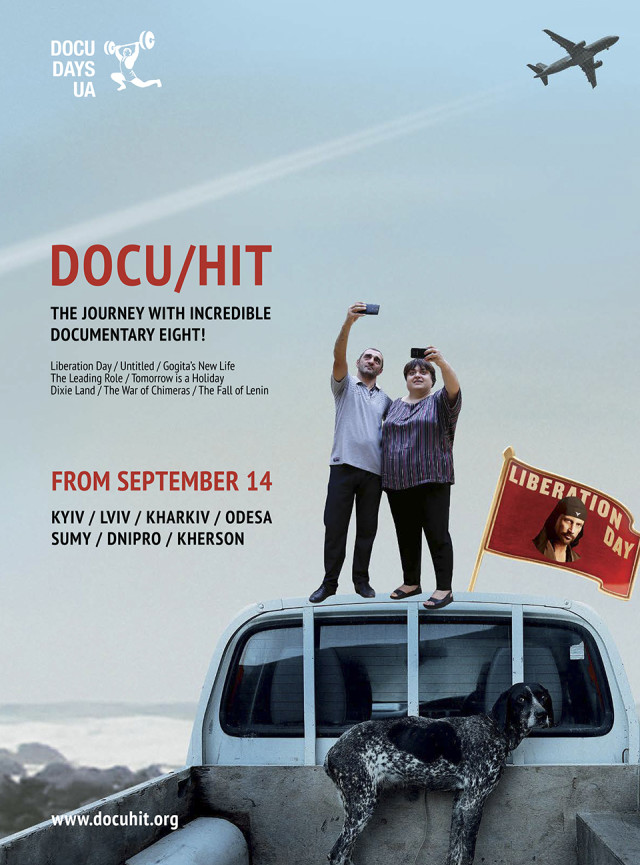 The top-notch festival of documentary features about human rights, Docudays UA, has come to Odessa. The screenings take place at the Green Theater and the cinema Planetakino from September 14th to October 25th.  Eight documentaries will be presented to the audience within the DOCU/ХІТ program.

Dixie Land directed by Roman Bondarchuk — the best Ukrainian film at the OIFF 2017— is about a children’s orchestra from Kherson, Ukraine. This is a personal story of one teacher and his band of children who have been playing from a young age. The music is their ticket to a better future. Every child has a separate destiny and personal plans, but all of them want music to be part of their lives. Sure, there are some inconveniences involved: life in a boarding school, the lack of money and prospects, the daily routine of provincial life. But the children are ready to endure anything, because they have the most important thing: the love and support of their teacher.

The Leading Role directed by Serhiy Bukovsky was the winner of the first Ukrainian Film Award “The Golden Dziga” and  won the OIFF 2017 award for the  Best Documentary Feature. The world premiere of the film took place at DOK.Leipzig 2016.

The feature was filmed with the support of the Ukrainian State Film Agency and starred actress Nina Antonova (voted Best actress of  OIFF 2017) — the mother of the director and the muse of Anatoliy Bukovsky, a very talented filmmaker of the Soviet period. The Leading Role offers a refreshing take on a personal story touching on themes of sacrifice and freedom. The film’s dialogue is filled with humor and memories of the triumphs that characterized the relationship between the mother and her son.

The most wonderful thing about the film is that the audience can empathize with the characters on the screen. In this film, Bukovsky did a great job portraying a half-forgotten existence with the kind of stolid, semi-humorous tone reminiscent of the movies of Aki Kaurismaki —

Important to note, Dixie Land and Leading Role have demonstrated to audiences that the future of Ukrainian cinema belongs to documentary features — they must be seen.

Gogita’s New Life — the debut documentary of the director Levan Koguashvili. His film Blind Dates won the International competition at Odessa International Film Festival 2014.  Gogita’s New Life was screened in the Feature-Length Documentary section at the International Documentary Film Festival Amsterdam. The feature is about a middle-aged man, who returns after 14 years in prison and wishes to have a normal life: a home of his own and a nice woman as his wife. This is a tragicomic tale of a simple man and woman looking for love while daily life in rural Georgia  places high demands on them. However, their main purpose must be achieved — they need to become main figures on the marriage cake.

The War of Chimeras directed by Anastasia Starozhytska and Maria Starozhytska. One of the most powerful entries in the Documentary Competition Program of OIFF 2017. The War of Chimeras is a terrible journey to the Ukrainian present through death, loss and a new comprehension of oneself. The feature is about a boy and a girl, about war and love, about past and future. However, throughout the film it seems that the directors are lulling you into a false sense of security, trying to ease your suffering. Paradoxically, it adds to the sense of dread.

Liberation Day  directed by Uģis Olte and Morten Traavik directed is the second feature about North Korea at DOCU/ХІТ. The first feature Under the Sun directed by Vitaly Mansky was presented in 2016. Liberation Day is about a concert put on by the Slovenian rock band Laibach in North Korea. More specifically, it’s about their attempt to play a version of the North Korean folk song “We Will Go to Mount Paektu”. As a result, the documentary bringd interesting information about life in a different world to an international audience. The project was subject to the North Korean government’s conditions and  supervision.

Untitled directed by Michael Glawogger, co-directed by Monika Willi. Glawogger along with his cameraman Attila Boa and sound operator Manuel Siebert set out to travel the world for a year. But during the project Glawogger died in Liberia from malaria. The film editor Monika Willi realizes a film with the help of observations of the director and thoughts from Glawogger’s diary. “I want to give a view of the world that can only emerge by not pursuing any particular theme, by refraining from passing judgment, proceeding without aim. Drifting with no direction except one’s own curiosity and intuition.” (Michael Glawogger). The feature was premiered at this year’s Berlinale. Untitled is, without question, a very painful portrait of human existence.