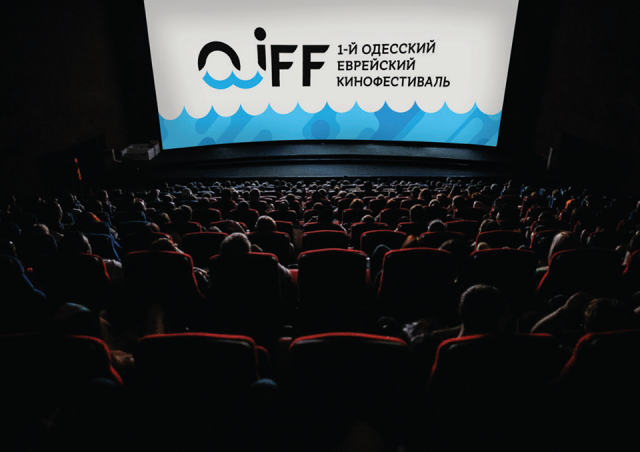 The Jews focuses broadly on Jews in France and uses humor and irony to break down stereotypes about them — that they are rich, help only each other, and killed Christ.

The move’s plot is divided into several sections, each with its own particular importance. One sketch is about a political family from an extreme right-wing party that discovers that grandma was Jewish. Another sketch features a man who is forced to sell drugs on the street — until his parents suddenly win the lottery. One more plotline tells the story of a Mossad agent travelling back in time to kill Christ.

The interlacing of religious symbols and humor — and the film’s focus on violence, terminal illness, and anti-Semitism — may leave many viewers with ambiguous opinions of The Jews. But the film clearly takes a bold approach to eternal themes in the Jewish diaspora’s history. Moreover, it addresses the current political climate in France, where racial and religious prejudice is on the rise.

The Jews is a smart starting point for OJFF. The festival aims to raise awareness about films on Jewish themes and promote dialogue. Filmmakers from around the world — France, Israel, the United States, Austria, Germany, Denmark, Canada, Great Britain and other countries — will present their best features in the unified program. In other words, OJFF — which also includes documentaries and shorts — does not divide the films into categories.

One of the most noteworthy entries will be A Tale of Love and Darkness, directed by Natalie Portman, who also wrote the script and starred in the film. Based on Israeli author Amos Oz’s autobiographical novel of the same name, the film represents the Oscar-winning actress’ directorial debut. A Tale was presented in the non-competition category at the 2015 Cannes Film Festival and in the Special Presentations section of the 2015 Toronto International Film Festival. Unfortunately, it failed to find a Ukrainian distributer and was not released here.

The film tells the story of Amos Oz’s family during the establishment of Israeli statehood. Portman plays the author’s dreamy mother Fania, who reads Oz poetry, while his academic father Arieh explains creative writing. Both of them had a critical impact on Oz’s future as a writer.

Portman, it is worth noting, was born in Israel and lived there until she was three, when her family moved to the United States. She struggled for over eight years to make headway and create A Tale. Moreover, the shooting was not approved in Jerusalem, and many locals pushed back against it. Graffiti reading “foreign invasion” even appeared on the streets of the city’s Nachlaot neighborhood.

Director Roger Sherman and his team also deserve commendation for their painstaking work on the documentary In Search of Israeli Cuisine. Sherman described the picture as a “portrait of the Israeli people told through food. We shot in fine restaurants, in home kitchens, wineries, cheese makers, on the street and much more.”

“Americans see Israelis and Palestinians as always in conflict,” Sherman added. “The Search for Israeli Cuisine will show the 70+ cultures that make up the Israeli people, each with wonderful and unique food traditions. Israel has one of the hottest food scenes in the world. Getting into restaurants in Tel Aviv and Jerusalem is as difficult as New York or San Francisco. Viewers will be amazed and impressed.”

Chris Kraus’ Tokyo Grand Prix winner The Bloom of Yesterday will close the first OJFF. A joint production of Austria, Germany and France, Bloom stars French actress Adèle Haenel. It’s an offbeat romantic comedy exploring the legacy of the Holocaust for two generations. The main character, Totila Blumen (Lars Eidinger), is an esteemed Holocaust scholar. His grandfather is a Nazi war criminal. While organizing a conference, he takes on an intern, Zazie (Adèle Haenel). Her grandmother is a Holocaust victim. Such an audacious film will leave few indifferent.

The Odessa Jewish Film Festival began on October 28th and will continue until November 1 in Odessa’s Rodina cinema. Don’t miss the opportunity to see these wonderful films.