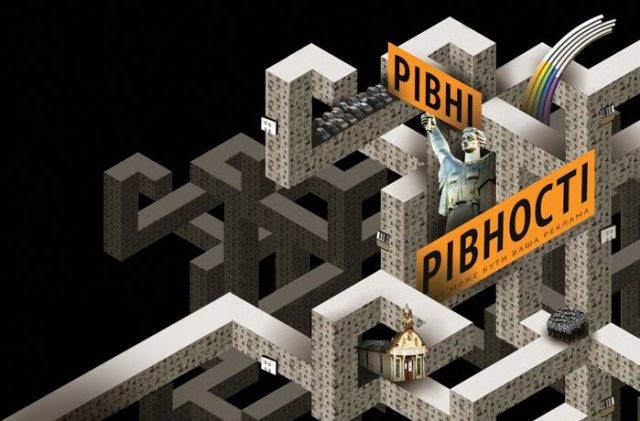 On Friday, 23rd March, the 15th International Human Rights Documentary Film Festival DocudaysUA officially started in Kyiv. Docudays is not only one of the most important documentary festivals in Ukraine and in the whole world but it is also considered to be the touchstone of world trends that made your heart skip a beat during the year. The Festival theme of ‘Inequality’, meshes with wider global concerns. One of the festival locations, the Zhovten film theatre in the Podol neighborhood, was lit up in pink during the evenings – with the color, symbolizing gender equality, and representing the HeforShe movement. 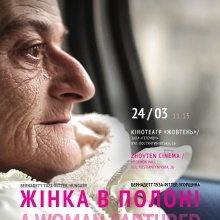 Bernadett Tuza-Ritter, a Hungarian independent filmmaker, opened the festival with her film ‘A Woman Captured’. The story of Marish, a Hungarian woman, who had been enslaved for 11 years, shocked the audience. In the light of the 2017 sexual harassment scandals, the problem of slavery and women’s rights might seem to be an archaic concern, but perhaps absurdly it is not. At first sight Marish is a simple housewife who works as a caretaker for a middle-class Hungarian family. She does the washing up, cleaning and cooking and somehow also manages to put in 12 hour shifts  at the factory. The face of her powerful ‘employer’ is deliberately left unseen. This method guarantees the safety of the heroine and makes the viewer viscerally feel the silent daily violence meted out toward her. ‘A Woman Captured’ was the first film to be listed for the American Sundance Film Festival and it lived up to the hype. 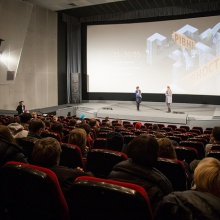 During the Q&A session the director explained that she had tried to ask the local police for help for Marish, yet they could do nothing. The magic of the film is in the dialogue of two people: the presence of the camera and the one sympathetic interlocutor who instills hope into a physically and morally broken woman, and later gives her fresh impetus to seek freedom. The director explained: “Today, unfortunately, slavery is a global issue. I checked the Global Slavery Index, it shows that there are about 22 thousand enslaved people in Hungary, in Europe – more than a million, in Ukraine – it is about 200 thousand.’

The same mood was felt during the second day of the festival: the stony faced judges continued to shed light on the underbelly of the life of modern society. Thus, the program is divided into 6 parts, each of them being dedicated to a certain way of discrimination: ‘equality syndrome’ – attitude towards people with disabilities, ‘neo-equality’ – discrimination because of nationality, ‘religious equality’, ‘queerness’, ‘respectful equality’ – which denotes attitudes towards ageism, and finally the category of ‘women’s equality’. Thanks to such a diverse program we were captivated by the characters that usually escape our attention or remain rejects, outside the bounds of ordinary society. For example, how often do we really think of the plight of the homeless on a day to day basis? If one of those homeless individuals happened to be a poet with a rock-star appearance, would it be enough for us to give him some money or get to know him better?

A charming cosmopolitan, Dilan, 23, the main character of ‘I Am Another You’ seems to be one of a kind. His homeliness is not a social issue but his own choice. He has a well-off family but has not finished his education. Vong plays with the contrasts: she demonstrates to us a super charismatic personality from hidden part of our society. Drugs, restlessness or psychological problems brought him to the situation in which he finds himself – the answer is no longer important. He is an unusual character and the director’s interest helps us to look at homeless people and think – perhaps they are us in another context?

Violence and gender inequality are surely widespread but what about ageism –discrimination against the aged? Carol Salter’s ‘Above Heaven’ tells us about competition in the job market that has begun in China over the recent years. Teenagers are forced to travel hundreds of miles away from their home in order to work in a funeral service agency. Thus, at 17-years-old, In Lin has to wash the corpses of people in front of their relatives. This dreamy girl, despite her depressive work, has sympathy for those people and their relatives. That intermixture of youth and death on the screen cannot but amaze, and this gruesome daily routine also makes the viewer laugh at times. 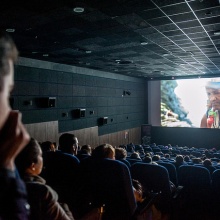 Still, for some the Ukrainian reality will likely be as exotic as the Asian ones. Oleksandr Techynskyi’s ‘Delta’ which deals people who live on the Danube, impressed the audience of International Leipzig Festival for Documentary and Animated Film. It was instantly added to DOCU/HITS where Ukrainian films are a rare commodity. It is one of the most anticipated films about the people who seem to live somewhere between the past and present, surviving only thanks to fishing and gathering reeds. The characters are vivid and recognizable. Techynskyi managed to show their laughter, tears and social insecurity in a manner which can hardly leave one indifferent.

Also wonderful is Ico Costa’s short film, ‘Nyo vweta Nafta’ about the youth of Mozambique, which made the audience laugh many times. The young people the film portrays cannot part with their beloved smartphones. Their dreams about brand clothes, expensive cars and R&B ambitions are surely ironic, especially in the context of today’s hyper driven globalization. In Mozambique it may well cheer you up but in the USA a tired citizen would probably prefer to end up somewhere quiet, for example, in the New York Public Library, which is what happens in three three-hour long and ruminative ‘Ex Libris’ Frederick Wiseman. Or he may show his shyness in the Finnish ‘Siéva’ of Jenni Nyberg.

You can enjoy the diversity of the world and marvel and weep at its inequality until March 30th in Kyiv. By the way, the festival has become even more comfortable to attend: apart from ‘Zhovten,’ there will be screenings in the ‘Ukraine’ theatre as well as in a creative space ‘IZONE’.