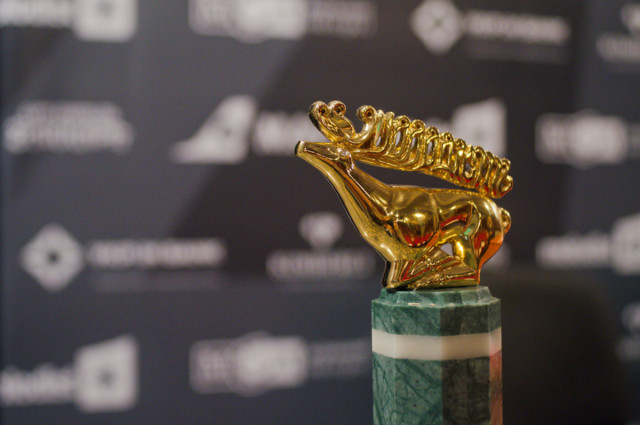 The 46th Kyiv International Film Festival Molodist, one of the most important happenings in Ukrainian cinema, is taking place this autumn in Kyiv at the festival center Kyiv Cinema and other locations including festival cinemas Zhovten, Kinopanorama.

The festival is accredited by FIAPF (International Federation of Film Producers Associations), making it a part of a worldwide community composed of 36 member associations from 30 leader countries for audiovisual production.

Molodist aims to raise awareness and promote international cinema in all its forms — as art, as entertainment and as an industry — in a spirit of freedom and dialogue. Another key purpose of the festival is to support the projects of young talented filmmakers who present their works within the Student Films category in the International Competition Program. Notably, this Program presents films from countries spanning almost all continents.Within the National Competition Program, the audience will have the opportunity to watch a great number of accomplished Ukrainian works.

Filmmakers from Germany, France, Lithuania and the Scandinavian countries will present their best features within such categories as German Wave, French Connection, Lithuanian Focus and Scandinavian Panorama. This year, Kyiv International Film Festival Molodist places a special accent on Hungary and the 60th anniversary of the 1956 revolution, an insurrection that was suppressed by Soviet tanks. As part of the Hungarian Rhapsody category, the festival will showcase seven films about the history of the Hungarian state during the past 60 years. One of the most anticipated pieces is a retrospective of Hungarian cinema. In fact, the Festival is organizing multiple retrospectives and tributes to major figures, hoping to promote a better understanding of this part of history.

One of the most prominent Ukrainian films at the festival is the documentary feature “Mustafa,” directed by Ahmed Sarihalil, presented within the Ukrainian Premieres Program. This biographical work personifies the Crimean Tatars’ fight for survival, dignity and honor through the story of leader Mustafa Dzhemilev. The film, focusing heavily on Mustafa’s resistance, strength of spirit and strong views, will be released in Ukraine and Europe soon.

The feature of Ukrainian director Sergei Loznitsa, “Austerlitz,” will be presented within the non-competition festival program Special Events. The film’s world premiere took place at the 73rd Venice Film Festival. Also in Special Events, audiences will be able to see again the winner of the Grand Prix of the 7th Odessa International Film Festival, the British comedic drama “Burn Burn Burn,” directed by Chanya Button.

The festival opens with “Une Vie” (“A Woman’s Life”) directed by Stephane Brize. The film has already earned the praise of critics and has won the FIPRESCI award at the 73rd Venice International Film Festival. The feature is based on the the 1883 Guy de Maupassant novel of the same name. The French film director became famous for his feature “La loi du marché” (“The Measure of a Man”) which was presented at 2015 Cannes International Film Festival. The Closing Film of 46th Kyiv International Film Festival Molodist is “Afterimage,” the Polish selection for the best foreign-language film category at the 2017 Academy Awards, directed by Andrzej Wajda. It is the last picture of the Polish film and theatre director, recipient of the Palme d’Or — Andrzej Witold Wajda died on October 9, 2016.

As the world honors William Shakespeare’s memory on the 400th anniversary of his death, the British Council together with the British Film Institute and GREAT Britain Company presents the largest international selection of Shakespeare on Film, a special program of 20 Shakespeare screenings showing the transformation and reinterpretation of the works of the great playwright. The additional screening sessions will also feature the Japanese film “Ran,” directed and co-written by Akira Kurosawa, based on Shakespeare’s tragedy “King Lear.”

Don’t miss the opportunity to see these wonderful screenings that begin on October 22nd and continue until October 30th.