KVN (Club of the Cheerful and Resourceful) is both a game and a TV show, created for Soviet TV in the middle of the last century. KVN is a combination of student’s comic theater, improvisation, and American stand-up comedy. Of course, Odessites couldn’t pass up participating in such an interesting game and opportunity to flaunt one`s prowess. During Soviet years, Odessa’s KVN teams claimed the USSR championship several times. Curiously, throughout all this, it was considered “bad manners” for the Odessa KVN teams to use traditional local humor.

But if there is a demand, some Odessites will be found ready to satisfy it. History has shown that Odessan humor makes a fine export. One of the most successful modern examples is the KVN team “The Odessan Mansa”. This team chose to play into the “Odessa style” from the very beginning, and the choice certainly turned out to be right one. “The Odessan Mansa” have been participating in the Highest KVN League in Moscow successfully for several years, however, the political crisis in Ukrainian-Russian relations has not passed the seemingly neutral game by. Although KVN itself is an international movement, power over the game is monopolized by the Russian showman Alexander Maslyakov.

Mr. Maslyakov has done a lot for the development of KVN, but at the official level he has assumed total control over the game – going as far as registering the KVN trademark. Following this, over time the Russian KVN has turned into a tiny copy of Russian society under Putin. Judge for yourself: rumors abound about corruption in KVN, strict censorship has been introduced and no criticism of the government is allowed – something the old KVN was famous for. Appearing in the middle of the last century, KVN was one of the very few outlets which allowed people to ridicule Soviet realities  in a veiled form – something for which the game was been banned for a long time.

It was no coincidence that the revival of KVN happened at the time of Gorbachev’s Perestroika. Today, the Moscow KVN is characterized by a rigid power hierarchy led by an authoritative leader. Moreover, that power is handed down hereditarily. Mr. Maslyakov’s nickname, “Barin” – “The Baron”, speaks volumes. He operates KVN together with his wife, Svetlana Maslyakova. Their son, Alexander, is set to inherit his father’s post. For a long time many teams, including the Ukrainian ones, put up with this situation, because participation in the Moscow KVN is a great opportunity to get into the world of big show business. But the Ukrainian-Russian conflict has divided not only these two nations, but also KVN. In 2014, the “Odessan Mansa” team refused to attend the semi-final game in Moscow.

the team “The Odessan Mansa” has had issues with the sponsor, and besides, it feels quite impossible to make jokes in Moscow while people perish in East Ukraine” 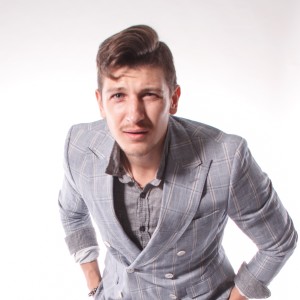 As the captain of the Odessan team Sergey Sereda diplomatically declared to the newspaper “Arguments and Facts”, “the team has had issues with the sponsor, and besides, it feels quite impossible to make jokes in Moscow while people perish in East Ukraine”. The Odessan KVN players were supported by many. The Moscow KVN also lost a skilled team of editors from the Ukrainian city of Kharkiv, who after departing have created the Ukrainian counterpart to KVN – “League of Laughter” with the cooperation of Ukrainian TV channel 1+1 and production center “95th quarter” last year. The games take place in Odessa, Kiev, Lviv and Dnipropetrovsk. How successful the show will be, and whether it will become part of history the way KVN did, only time will tell.

Made In Ukraine: How A Home-Grown Fashion Movement Is Helping To Build A Nation