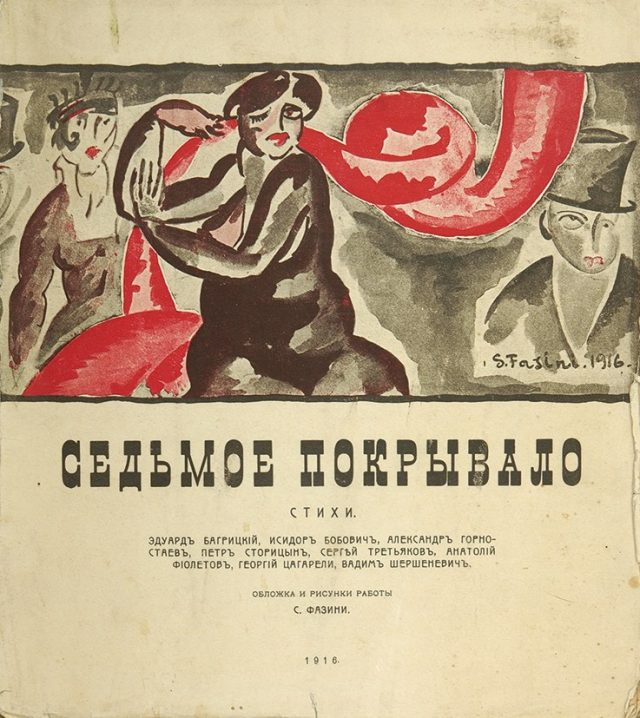 Boris Dralyuk is the Executive Editor of the Los Angeles Review of Books. Read our long interview with him here.

“Odessa is a nasty place,” wrote Isaac Babel. “Everybody knows that. … But it seems to me this significant and most charming of cities in the Russian Empire has a lot going for it.” One of the things Odessa has going for it, of course, is a literary tradition like no other — established by Babel and his boisterous landsmen Eduard Bagritsky (1895-1934), Valentin Katayev (1897-1986), Yury Olesha (1899-1960), Semyon Kirsanov (1906-1972) Ilya Ilf (1897-1937) and Evgeny Petrov (1903-1942). By and large, these founders of the “southern” school of Russian literature made their bones in the north. Their Odessan charm hit readers in the capitals like a gust of fresh air. Babel again: “As a rule, Odessans make a killing in Petrograd. They earn money. Their dark hair bewitches soft-bodied blondes.”

But as fate would have it, not all the promising Odessan writers of Babel’s generation made a killing in the northern cities. Their striking verses often come down to us only through the memoirs of better known writers, such as Katayev’s engrossing but not always reliable “My Crown of Diamonds” (Almaznyi movenetsi, 1979).

Among the forgotten Odessans on whom Katayev lavishes special praise is a certain “Eskess”:

“This ‘Eskess’ was a student, a Jew, who concealed his poverty. He lived in a big house, in the lower part of Deribasovskaya Street, in an ‘expensive neighborhood,’ but in the second courtyard, in the basement, next to the janitor’s room and storage closet, where they kept lanterns and national white, blue, and red flags that would go up on imperial holidays. He lived with his mother, a widow. None of us ever visited his apartment or saw his mother. He would appear among us in a neat, ironed, brushed student’s jacket, a student’s serge trousers, and a cap with a slightly faded blue band. His moon-shaped face, which looked like it had been smeared with oil, bore a skeptical Jewish smile. He was proud, sarcastic, sometimes arrogant, and always ruthless in his assessment of verse.”

The young man’s legal name was Semyon Keselman (1889-1940). He used the phonetic pronunciation (“Eskes”) of its abbreviation (S. Kes.) to sign his satirical poems, while his serious lyrics received his full signature. Another memoirist, Aleksandr Bisk (1883-1973), singles out one of these serious poems:

“Not all [of Odessa’s] young writers went out onto the great literary road. … What happened, for instance, to Semyon Keselman, whom I respected above all others? He had an uncanny ability to convey the loneliness one feels in a big city. His images were unexpected yet convincing. One poem began like this: ‘I wait for love as for a tram at night.’ Bold, but if you think about it, so very good…”

Luckily, that poem survives, and it is indeed very good:

I wait for love as for a tram at night,

peer through the dark while tears slip down my cheeks —

saying a spell, willing a point of light

to flare up somewhere down the street.

reflections stir within my soul.

I wait and dream that in the damp of evening

light glides towards me through the cold.

Keselman abandoned literature after 1917, remained in Odessa, and died in the city in 1940. It was only in 2013 that a collection of his verse finally appeared, under the title “Dreams Made of Glass” (Stekliannye sny).

Bagritsky once poked fun at Keselman, a notorious mama’s boy, in an epigram:

My mama never lets me drink. No vodka and no wine.

She says that wine unleashes lust and yearning.

Another lesser known Odessa writer, Anatoly Fioletov (1897-1918), few would have called  a mama’s boy. Born Natan Shor, the young poet adopted a pseudonym that reflected his decadent, ego-futuristic leanings: Fioletov — the violet one. But he was no shrinking violet. In 1917, while still a student at the law faculty of Novorossiya (now Odessa State) University, he joined the city’s Criminal Investigation Department, where he worked alongside his younger and even more colorful brother, Osip Shor (1899-1978). Osip, nicknamed “Ostap,” would serve as the model for Ostap Bender, the antihero of Ilf and Petrov’s picaresque novels “The Twelve Chairs” (1928) and “The Little Golden Calf” (1931). In 1918, Fioletov was killed by bandits. In “My Crown of Diamonds”, Katayev claims that the bandits — who belonged to the gang of Mikey the Jap (Mishka Yaponchik, né Moyshe Vinnitsky, 1891-1919), the model for Babel’s Benya Krik — had mistaken Fioletov for his brother Osip.

By the time of his death at 21, Fioletov had published many pages of accomplished verse, but his most memorable quatrain — which was quoted by Ivan Bunin (1870-1953) and likely inspired a more famous poem by Mayakovsky — is a poignant meditation on workhorses:

these horses of a lower class,

to the troubles of existence.

The troubles of existence may have waylaid Keselman’s and Fioletov’s poetic careers, but the friends of their youth never forgot them. Their names are inscribed in the books of Odessan memory, and their poems live on.