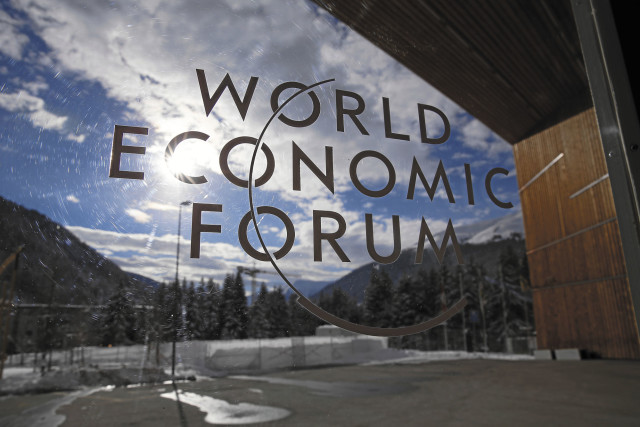 Ukraine was well represented at this year’s annual meeting of the World Economic Forum, in Davos, Switzerland. What was Ukraine’s place in the discussions that took place at WEF 2017, and what are the prospects for the country in the context of global economic and geopolitical developments based on the trends at Davos?

Between January 17th and 20th, high in the Alps, one of the world’s most prestigious annual meetings took place. The World Economic Forum Annual Meeting in Davos was first held in 1971. Each year, the conference gathers world leaders to discuss global challenges. This year, world leaders discussed uncertainty in global affairs and the theme of finding inspiration in individuals rather than institutions. Pursuant to this theme, 50 young people from the Global Shapers community were invited to join the forum and to express their opinion alongside famous politicians, business leaders and international organizations.

Global Shapers is an initiative of the World Economic Forum, a community of young leaders from different backgrounds who make positive impact through their work in the economic, social and political development of their native cities. The community has “hubs” in nearly every major Ukrainian city, including Odessa, Kyiv, Kharkiv and Lviv. The members of Global Shapers were selected according to the criteria of having “passion, dynamism and entrepreneurial spirit”.

From its inception, Davos has been identified with suits and gray-haired men, and has long been the subject of myth, conjecture and criticism. This year, despite having the largest proportion of female participants in the conference’s history, women still constituted only about 20% of attendees. The Global Shapers represents an initiative to diversify and an attempt to broaden the age distribution of attendees.

The influence of young people on global politics and business has increased dramatically in the past several years. Movements begin on Twitter or Facebook, and the “Fourth industrial Revolution” is driven by tech entrepreneurs and disruptors in their twenties. So the World Economic Forum has made the wise determination to give a voice to young people and consider their perspective in shaping the world agenda.

The topic of this year’s Forum was “Responsive and Responsible Leadership”. Its main themes were defined by WEF founder Klaus Schwab in his speech:

The program of the Annual Meeting consisted of 440 official sessions and a variety of different activities, including group breakfasts and evening events organized by companies such as  Facebook, KPMG, Deloitte, Mercer, Salesforce, Infosys, Microsoft etc. Global anxieties and emerging trends were clearly discernible in the agenda of events: the tide of populism and the Trump presidency, Brexit and the future of Europe, China and its role in the global economy,

Russia and cybersecurity, technology and digitalization, and how the Fourth Industrial Revolution will influence the labour market.

Unfortunately, this year Ukraine wasn’t on the primary agenda as it has been in the past, though Ukrainian speakers presented at three of the main panel discussions:

Minister of Foreign Affairs Pavlo Klimkin spoke on international security together with representatives from Amnesty International, the Munich Security Conference and the EU,

And Kyiv mayor and former boxer Vitaliy Klichko presented on leadership in times of social and international division during the Open Forum.

In reality, these panel discussions were broad, neither focusing on Ukraine’s development, nor serving to attract the attention of the international community to Ukraine’s present situation.

Those sorts of concerns were discussed in greater depth during a traditional Ukrainian breakfast and discussion organized by the Viktor Pinchuk Fund, under the topic of “The Future of Ukraine in a Changing World”. This round-table gathered a number of prominent international figures to speak on the future of Ukraine.

Among the most recognizable speakers were David Cameron, former Prime Minister of the UK (2010-2016) and Dr. Robert Gates, 22nd U.S. Secretary of Defense (2006-2011). Fareed Zakaria, renowned journalist and host of CNN’s GPS, moderated the discussion. Ukraine’s contemporary challenges dominated discussion among attendees such as Ukrainian MPs Sergii Leshchenko and Natalia Katser-Buchkovska, and Vitaliy Klichko, the mayor of Kyiv.

During this year’s Davos summit, conversations among Ukrainian participants and discussion at the Pinchuk Fund’s breakfast circulated around Ukraine’s present economic and security concerns. There was a discernible desire for international support in surmounting the obstacles to Ukrainian economic development and political integration – Ukrainian participants sought to draw attention to these issues, emphasizing the significance of Ukraine in the context of the continuing challenges of populism and financial crises in Western Europe.

The considerable success of Ukraine’s recent developmental endeavors was represented at Ukrainian Davos Nights, an event organized by the Western NIS Enterprise Fund and the Ukrainian Venture Capital Association (UVCA). Investors, business leaders and politicians were provided with a platform to discuss the growth of entrepreneurship and the tech industry in Ukraine. Projects by Ukrainian entrepreneurs and developers were introduced, such as a series of interactive tables produced by Dmytri Kostyk, a Global Shaper representative from Kyiv. Presentations and discussions addressed Ukraine as an attractive environment for business development and investment. This sentiment was echoed in informal conversations and official events throughout Davos, where international participants lauded the accomplishments and creativity of Ukraine’s emerging class of developers and tech entrepreneurs. As Andrey Kolodyuk, founder of UCVA, explains, “the main objective of our activities is to position Ukraine as a new technology leader, as a place for research and development for international companies, and to motivate both entrepreneurs and investors to establish joint global enterprises. We can still jump onto the last car of the Fourth Technological Revolution … the most talented people in government must work together to build a path to continued future innovation. The support of the international community will be an added push in Ukraine’s development. ”

Anastasia Sleptsova is the co-founder and director of Black Sea Summit, an international tech conference that brings together policy-makers, entrepreneurs and investors representing the public and private sectors, media, and nonprofits from Europe, the US and Ukraine. She is also the founder of SPREAD, a consultancy serving Ukrainian startups and international firms.