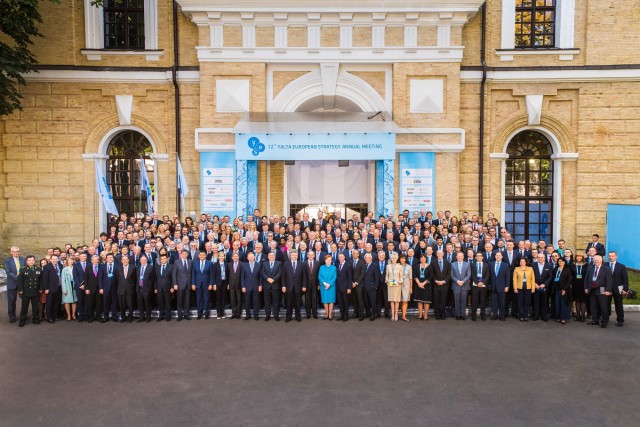 The annual conference once again gathered world and Ukrainian elites for high level discussions of political and economic problems.

Though the Yalta conference had shifted to Kyiv’s Mystetski Arsenal after the Russian annexation of the Crimean peninsula, where it was previously based, the conference continues to become ever more important with every iteration. This year gathering hundreds of dignitaries. This was the third year in a row that the conference was being held in Kyiv, and the guest list was longer than ever. As usual, the event was organized by the Ukrainian businessman and philanthropist Viktor Pinchuk. Also usual was the fact that attendance was de rigueur for Ukrainian political elites, analysts and journalists.

The mood of the conference was not grim, frightened and stoical as it had been in 2014, when it coincided with a successful counterattack by Russian backed separatists. Nor was it cautiously optimistic yet skittish, as it had become during 2015, when it coincided with the beginning of a terminal decline of trust in the cabinet led by Prime Minister Arseniy Yatsenyuk.

The year’s most important Ukrainian political event was more boisterous than usual. In keeping with the sour mood gripping Europe, the most raucous panel, and the one that caused arguments that nearly became shouting matches, was the one that dealt with the future of Europe.

The “Refugees, Populism, Brexit – Is the EU coming apart?” panel featured European Commission President Jose Manuel Barroso, the French philosopher Bernard-Henri Levy, former EU Parliament head Pat Cox, and the Munich Security Conference Chairman Wolfgang Ischinger. The panelists debated the issue of the possible disintegration of the European Union in the wake of the June 2016 vote by 52% of British voters to withdraw from the union. 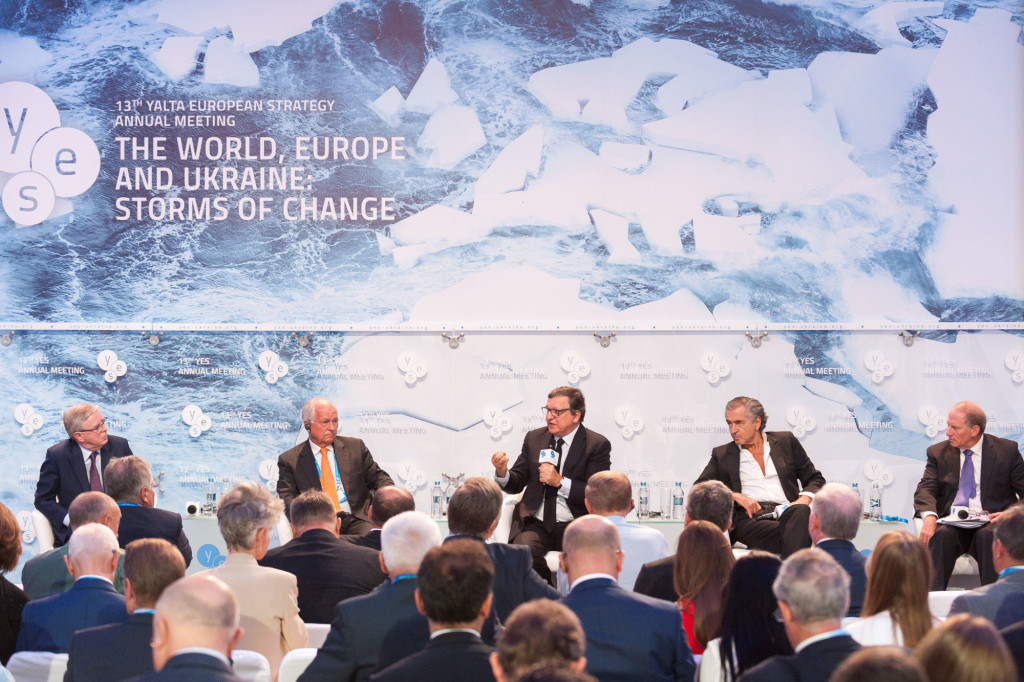 Half the panelists assembled thought that the European Union was on the verge of collapse. Yet another faction thought that the Brussels was a bigger threat than the specter of the oncoming Brexit, and members of the audience intervened to accuse members of the panel of scaremongering. The refugee crisis had brought Europe to the verge of destructions several panelists pointed out, while also insisting on the importance of integration to the future of the European Union. A British parliamentarian seated in the audience intervened to defend the popular will of the British people in the face of accusations of racism and xenophobia. What was certain was that the undiplomatic emotions released by this portion of the forum demonstrated that Europe is facing an array of very serious and perhaps existential issues.

President Poroshenko delivered a very strong speech pledging to continue to hold a tough line with Moscow. The majority of his speech as well as his question and answer period were dedicated to discussing the necessity of confronting the issue of Russian expansionism. Poroshenko redoubled his stated commitment to the sanctions regime. The vigorous applause he was receiving for that quieted down noticeably however when he spoke about his administration’s war against corruption, which seemingly pointed to a lack of trust in the current administration’s capacity to continue with reforms. 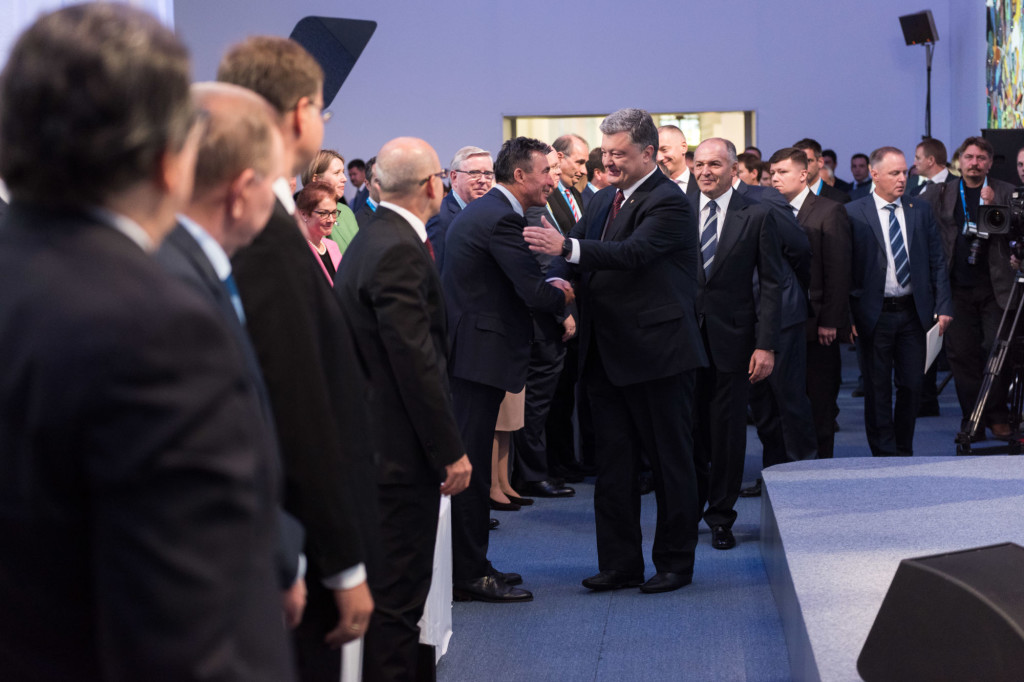 Former Polish President Aleksander Kwaśniewski, a regular at the conference, made a stirring speech in defense of the power globalization to help people, and called out those fighting against it as populists and nationalists..

For many attendees however, the highlight of the conference came during the dinner when a surprise appearance by the movie star Kevin Spacey brought the entire political A-list crowd to it’s feet. Kevin Spacey’s character in a well known TV show is the American President Francis Underwood and in a surreal but very funny moment, Polish President Kwaśniewski stood up after Spacey’s performance and referred to him as his dear colleague. The guest appearance topped even last year’s popular speech by the pop singer Elton John. 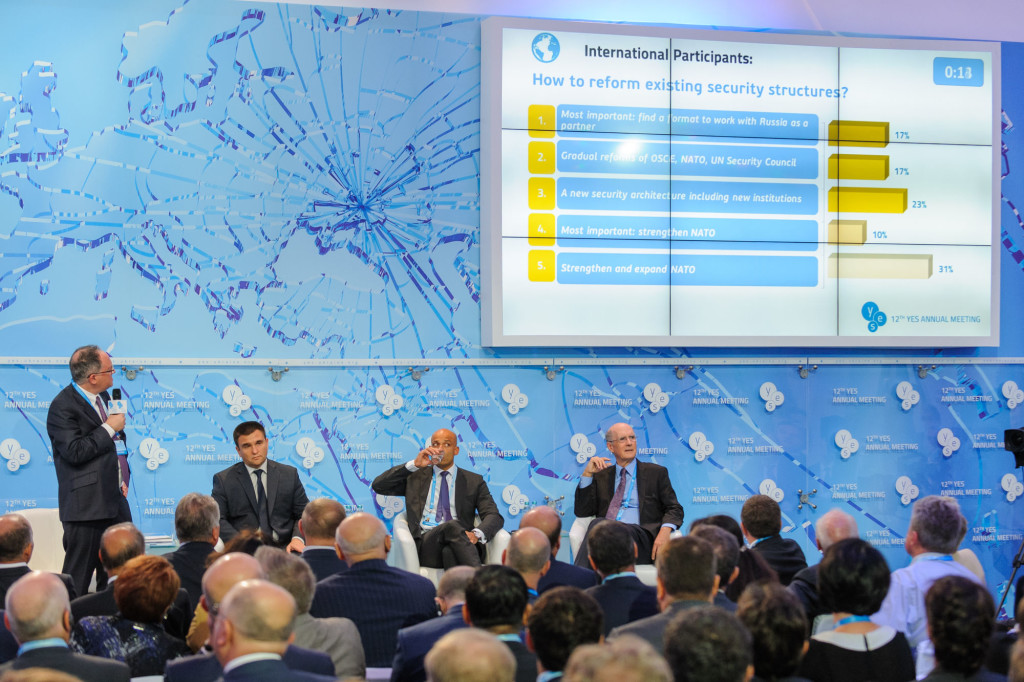 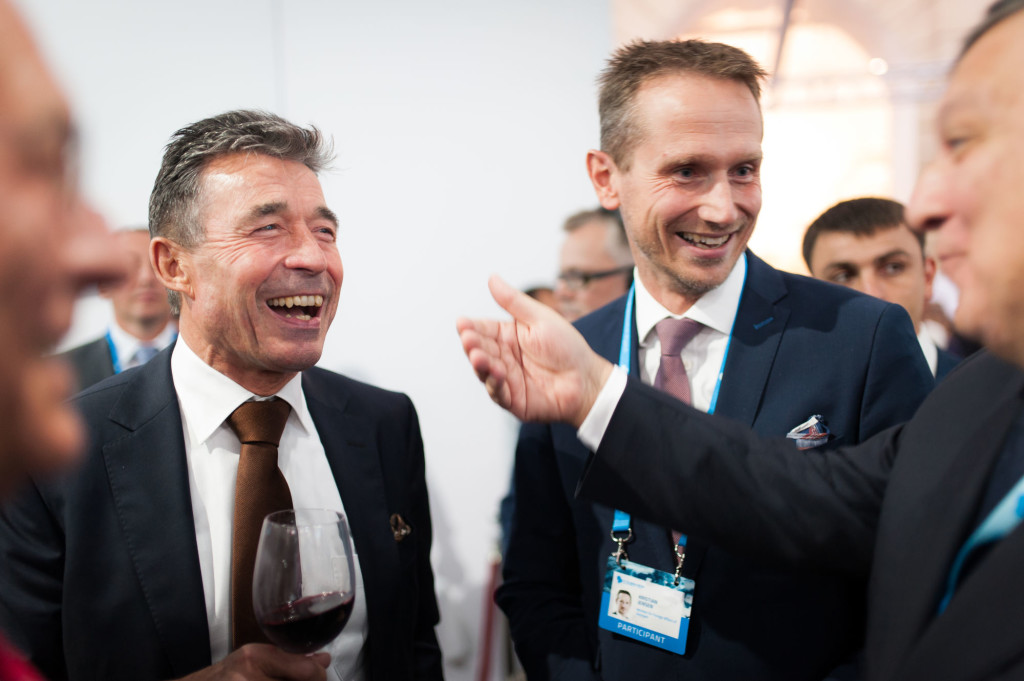 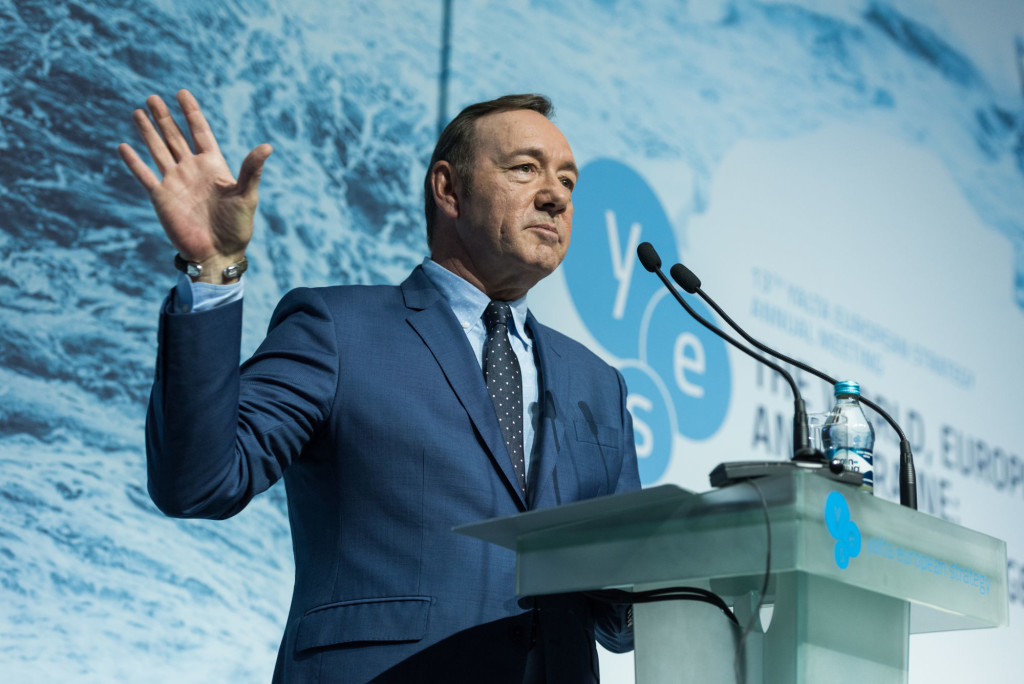 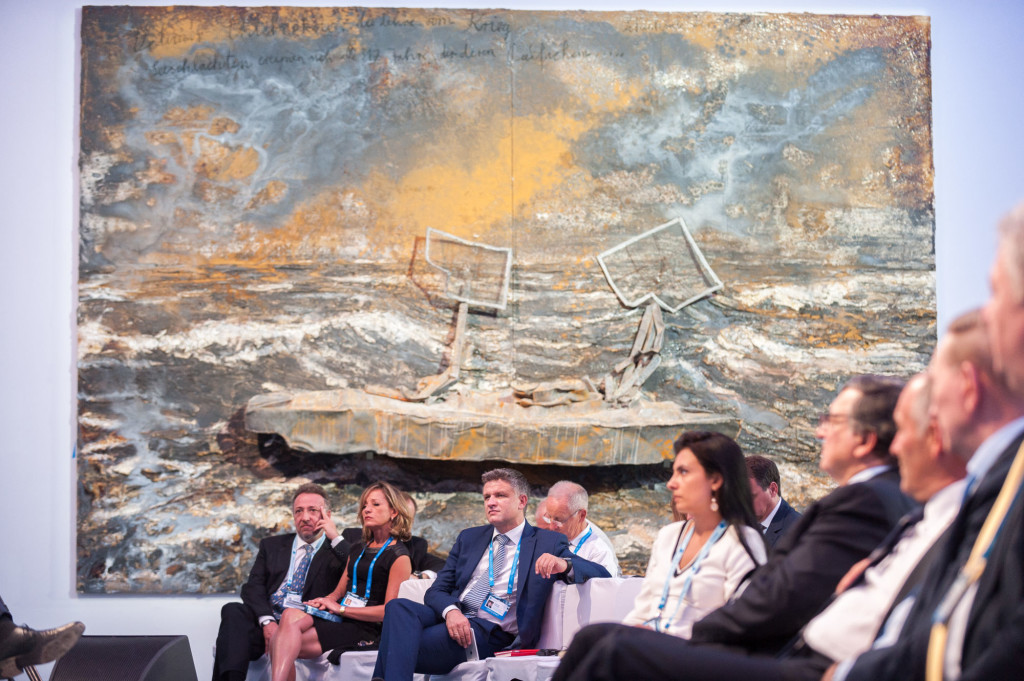 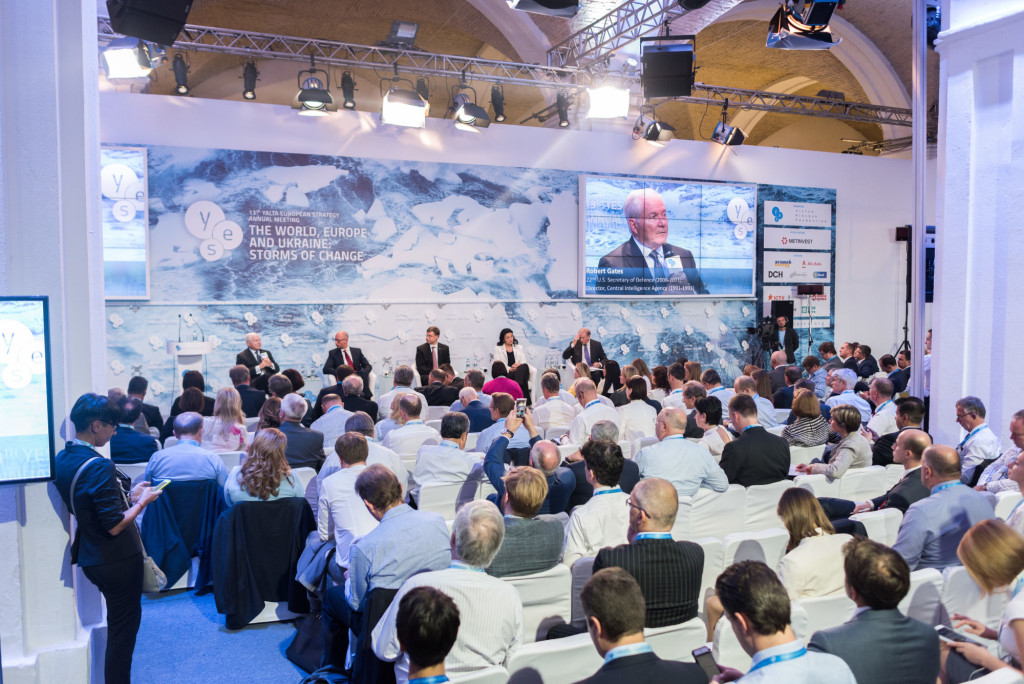 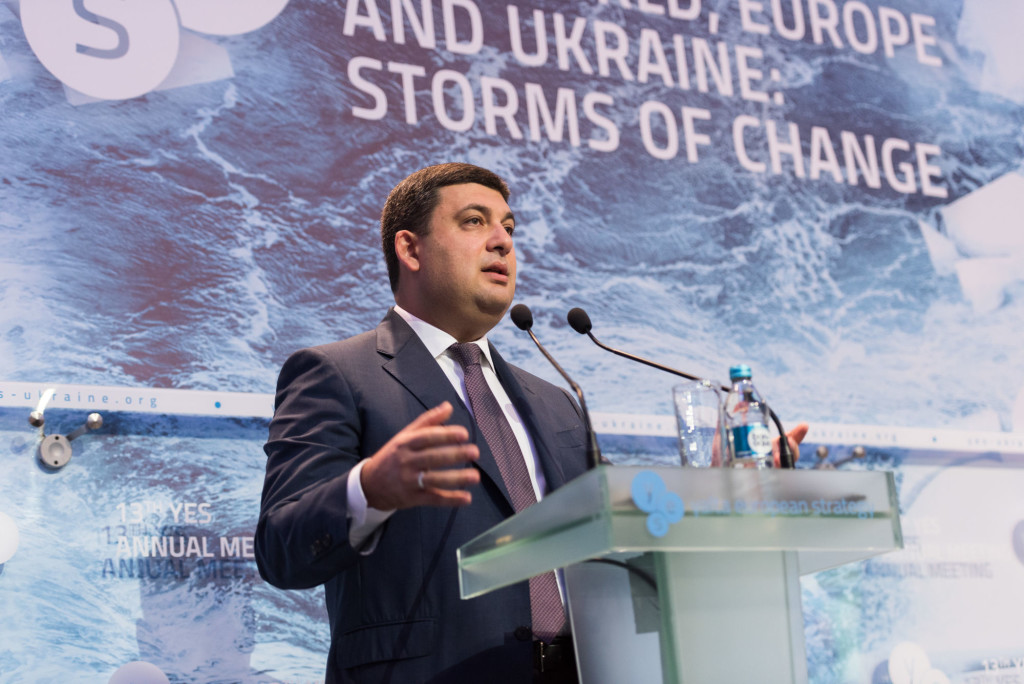