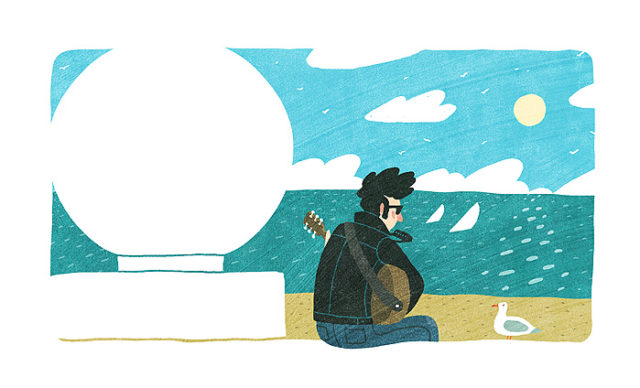 The Bee Gees, The Mystery Of Liszt’s Grand Piano, Tchaikovsky and Odessa’s Wunderkinder

Many talented pianists and violinists have come out of Odessa. The city has given the world David Oistrakh, Emil Gilels, Sviatoslav Richter. A love for music is a quality instilled in Odessans from infancy onward (sometimes forcibly!). There is a saying here – if a child in Odessa is walking down the street without a violin case, that simply means he plays piano. The composer Pyotr Tchaikovsky reminisced that during his 1893 visit to Odessa, during the premiere of his “Queen of Spades” at the opera theatre, he was accosted by throngs of parents begging the maestro to listen to and evaluate their child’s playing. Tchaikovsky told his friend at that time: “Often nothing comes of these wunderkinder. Coddled too much, they stop making an effort and this ends their career”. He did listen to some of the young musicians, but without much enthusiasm.

However, there were exceptions. In particular, the legendary Russian composer handed the father of one such little violinist a note reading: “I hereby confirm that on January 18th, 1893 I listened to the young Ruvim Kaminsky play his violin…and found the boy to display an extraordinary talent…he fully deserves all possible support and aid in receiving a well-rounded and thorough education”. Aside to the father, he added: “Don’t destroy his talent. See how pale and thin he is. Feed him well, let him have more fun, don’t force him to focus all his time on music – at his age it is harmful”. Owing to Tchaikovsky’s letter of recommendation, Ruvim Kaminsky was given a full scholarship to a musical school. After graduating, he became a well-known musician and music professor.

But the famous composer’s pleas to not deprive musically talented children of their childhood unfortunately fell on deaf ears with the many Odessa parents who were overly eager to mold their children into prolific musicians. To this day, there is a standing joke about Odessan children:– while other children around the world hit the ball, Odessa children hit the violin!

One of the most notable traits of the theatrical and musical audiences of Odessa in the 19th century was their emotional lability, which, according to some critics, transcended the boundaries of propriety. Odessa patrons did not shy away from expressing approval as well as disappointment – and this is exactly how the introduction of Giuseppe Verdi’s operas to the Odessa public played out. The Odessa historian Aleksandr De Ribas wrote that in the middle of the 19th century, Odessans preferred soft orchestral arias consisting mostly of violins and flutes. When they were introduced to Rossini and Verdi with their thundering drums and brass sections, the music had an explosive and polarizing effect. The listeners were shocked, and the composers did not receive immediate approval, to say the least. However, the public eventually warmed up to the passion of Italian opera, and soon they were being performed to sold out audiences at the Opera Theatre. The viewers did little to restrain their emotions before, during, or after the shows. Verdi’s “Ernani” became especially popular with the Odessa public. During one performance, when in the final act, when Don Silva commands the bandit Hernani to leave his beloved and commit suicide, the audience’s emotional reaction reached such a crescendo that Odessa mayor Kaznacheev (who was also present in the audience) decided to send his assistant backstage with an order to change the plot of the opera so that Ernani would live. The actors finished their arias with both Ernani and his beloved Elvira remaining alive and well on the stage. Needless to say, the audience was entirely satisfied with this new ending.

The great pianist and composer Ferenc Liszt played many pianos during his lifetime, but he had several that he considered his “favorites”. Liszt’s main piano was his beloved 1853 “Steinway & Sons”, which is currently located in the La Scala museum in Milan. The fate of the second instrument, a “Schröder” which accompanied Liszt on his tours through Europe, is unclear. The trail gets lost somewhere in Eastern Europe – specifically, either Ukraine or Russia. It should be noted that Ukraine played a great role in the great Hungarian musician’s fate – it was here that he met and fell in love with Princess Karolina Wittgenstein, a woman who had an enormous impact on his life and work. There was only one small detail – at the time of her meeting Liszt, Karolina was already married! She loved the composer and was ready to leave her husband – but for this, the written consent of both the Pope and czar Nicholas I was required. In an attempt to get into the Russian monarch’s good graces, Liszt was forced to spend a lot of time in Russia – a circumstance he couldn’t have found too much of a burden, since it allowed him to be close to his beloved. This is also the reason that Liszt toured the Russian Empire so extensively. In 1847, the pianist came to perform in Odessa – accompanied by his “tour” piano, on which he gave six concerts in the City Theatre. Liszt spent a month and a half in Odessa, and it was here that he and Karolina nursed their plans for their future life together.

Unfortunately, czar Nicholas I showed no haste in signing the decree giving permission for Karolina’s divorce. According to witnesses, when the disappointed Liszt was leaving Odessa, his piano was dropped and seriously damaged while being loaded onto a ship. As a result, Liszt decided to leave the instrument behind.

According to some sources, the famous pianist’s piano was purchased by Count Mikhail Tolstoy as a gift for his wife. Many documents verify the existence of a beautiful, well-made piano in the Tolstoy estate. During the Soviet years, the Tolstoy piano was housed in the Odessa Museum of Arts – but after the 1941- 44 Romanian occupation of Odessa, the piano was nowhere to be found. It was has been speculated that the famous instrument was pillaged by the occupying forces and taken to either Romania or Germany. However, after the war, a well-preserved antique Schröder piano was discovered in an Odessa basement. Of course, the discovery aroused immense interest as everyone was instantly reminded of the Liszt mystery. In 1974, the piano was transferred to the Odessa House of Scientists, where it remains to this day. For many years, tour guides described the piano as the famous one that Liszt had left behind in Odessa. However, a discovery was recently made which completely uproots this theory – the Schröder discovered in 1974 had only been manufactured in 1898! This means that it could not have possibly belonged to the pianist, who died in 1896. The romantic theory was discredited. But an even more interesting mystery arises in its stead: where did the real Liszt piano go after being left behind in Odessa in 1847 – and was it really left behind in Odessa at all? That mystery would surely make for a fascinating research project.

That is the exact text that appears on the cover of the sixth studio album by the legendary British rockers, the “Bee Gees”. The album was released in 1969 to critical and public acclaim. The main track on the album is entitled “Odessa (city on the Black Sea)”. For many years, this album and song captivated fans who tried to decipher the meaning of its title. At first glance, there is nothing particularly mysterious about it – the Gibb brothers have explained that they visited Odessa during a 1968 Mediterranean – Black Sea cruise and enjoyed the city so much that they decided to dedicate a song to it – and even name an album in its honor. But the title begins to seem more ambiguous when considering that the song is about the 1899 sinking of the British ship “Veronica” in the Baltic Sea. The lyrics contain references to the North Atlantic and Finland, while Odessa is mentioned only in the hook. What any of this means and what Odessa has to do with the subject matter of the song remains a mystery. Neither Robin nor Barry Gibb have ever revealed the title’s significance. Many fans of the band have abandoned the idea of uncovering the hidden meaning of the song and simply enjoy singing along to the words:

Odessa, How strong am I?

Odessa, How time goes by…

However, in the city itself, a legend persists about an Odessa girl named Veronica, with whom one of the famous brothers fell in love during his visit; how she told him about her dreams of visiting Finland and upon parting gave him a souvenir from the Baltics which her sailor father had brought back from one of his trips. Whether there is any truth to this story is impossible to tell now – it is just another mystery, the sort that Odessa’s history abounds with.