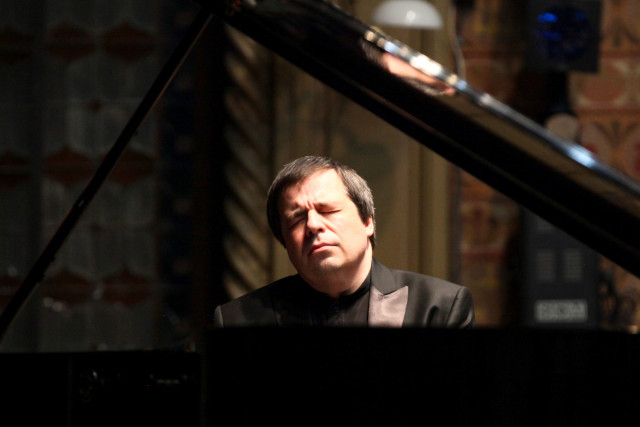 Alexei Botvinov is widely considered to be one of Ukraine’s premiere pianists, and one of the greatest performers of the works of Sergei Rachmaninoff in the entire world. He founded the International Odessa Classics Music Festival in 2014.

OR: Thank you for joining us. Please do tell us about the 3rd International Odessa Classics Music Festival.

Alexei Botvinov (AB):  Odessa Classics — there are two themes here: Odessa and the classics, but that does not necessarily mean that it is only about classical music. There are different forms of art and we also have theater projects as part of the festival, literature, poetry, and painting. Of course, the main goal is to link Odessa with the current festival map of Europe. I can say that we have a good audience, that we have a wonderful musical tradition. For professional classical musicians, Odessa is quite a famous place. Every violinist in the world has heard of The Stolyarsky School, Oistrakh, and the many teachers who got their start here and went on to teach half the world how to play the violin — perhaps even more than half. But at the same time, for the last quarter century, due to political and economic reasons, we have been cut off from the world and the European process, including the festival and concert circuit.

OR: Why are we cut off, if you think so, and how did this happen?

AB: Well, when the Soviet Union collapsed, state services stopped functioning in general. It began to recover somewhat after a while, but even then, people from the top 10 or even the top 1000 classical pianists, violinists, conductors or what have you, would appear on playbills quite infrequently. In fact, only two or three concerts a year in Ukraine feature such world-renowned guests, while in any European metropolis this happens several times a week. It’s an enormous difference and I want to do something about it, because Odessa deserves more than that. So the main goal, on the one hand, is to introduce our audience to the most interesting things taking place in European art, so they can see it in person and not through the Mezzo or Arte channel, and, on the other hand, to try to somehow reinvigorate some sort of exchange process, in some rudimentary form at least.

OR: Have there been any improvements? Is anything happening, that points to changes in a positive direction?

AB: Yes, it is a slow process, but the progress is certainly there. However, we’re in this unhealthy situation, when, let’s say, I’m talking to violinists, once again, from the top 10, who say: “Oh, I know about Odessa, but I can’t go there, because our fee will not be paid.” And those distributors who are engaged in the concert business are not very interested either, because it is difficult to sell the classics.

OR: How did the actual idea for the festival emerge? How did it evolve?

AB: Well, I had this idea for a long time, but I had to turn to to our state institutions to create a festival. I thought that I would help in terms of the artistic direction, and the city or regional institutions would be able to help us with the organization. It went on for a long time, and then the Maidan began, and the war began, and it became clear that neither the city nor the region would have the money for this. And then I had a crazy idea, why not try it myself? That was in 2014, which was just the most terrible summer… 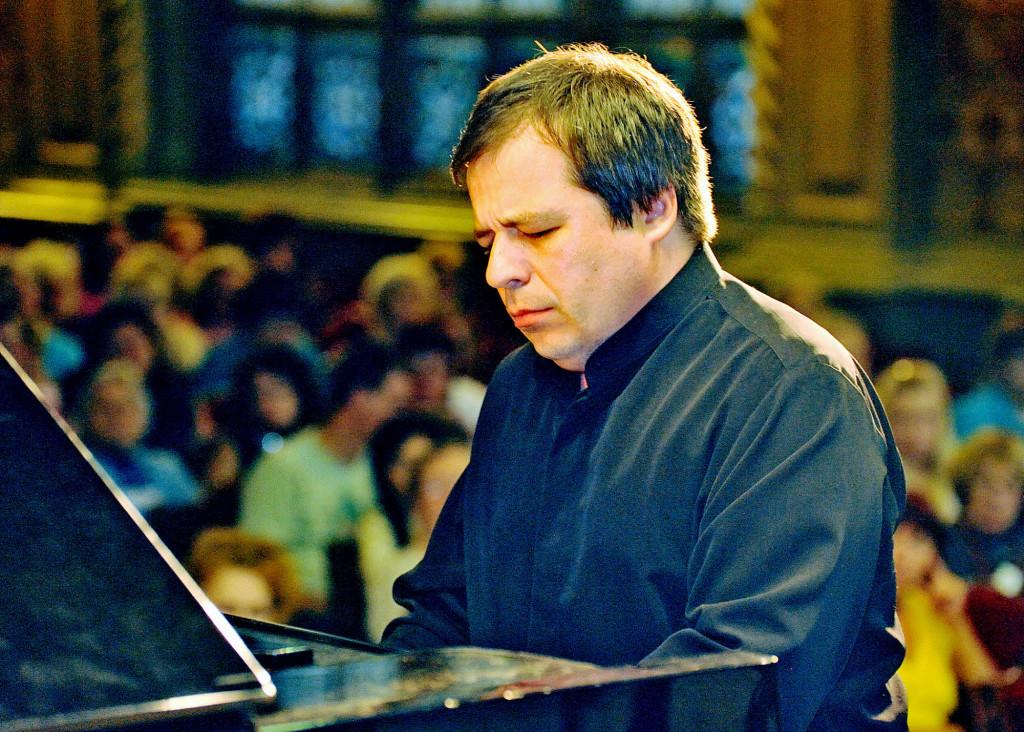 OR: When the Ukrainian army suffered terrible losses…

AB: Right, it was a very tragic time. I decided that there must be something I could do against it, in order to avoid falling into depression, and thought that I would try to make this crazy move — to organize a festival here in Odessa for the next summer. So I began to talk to people I knew, to the businessmen and patrons, and I did find some support. That is how it got started… with a completely crazy idea, and surprisingly for everyone, including myself, the first year went quite well, and the quality is substantially increasing with each year, with the number of festival days growing.

OR: So tell us about the festival itself, and maybe about any favorite composers or themes? What makes this festival special and gives it charm?

AB: This issue should be understood exclusively in the context of European culture — what distinguishes one festival from another. In my opinion, we don’t have a single classical festival in the whole country which would correspond to European notions of quality. Therefore, the first thing is to create a festival in Ukraine that corresponds to the European context. The second thing is to acquaint our public with modern trends. We can not focus on, for example, Romanticism or anything too specific. For now, we have a very general task — to make a festival of a high European level and to try to connect Odessa with Europe in the musical aspect. If we are talking about personal preferences, I like different genres of art and their combinations, in other words — the synthesis of all sorts of genres. That is why we always have theater, literature, painting and poetry. This type of mixed discipline approach will probably remain for as long as the festival exists. Before talking about more specific matters, we need this festival to settle, we need the appearance of new competitors who will also look impressive from the European point of view. In some ways, we have an enlightening function. Because, some things that are understood and well-established in Europe are still innovations here. One of the headliners of the festival, Daniel Hope (Great Britain) is coming to our city and first, when I invited him, I asked “Well, do you want to come to Odessa?”, and he said: “Yes, this is not just a concert, because out of my 4 teachers, 2 were from Odessa, and the other 2 were constantly talking about Odessa. So for all my childhood and youth onward I kept hearing about the myth of the city where apparently something is poured into the water in the aqueduct” and amazing musicians are born.

OR: What would you say to a Western tourist or a music lover, seeing this interview, maybe a year from now, who is thinking about coming to the 4th Odessa Classics Festival?

AB: At the next festival, we will have an open-air concert at the Vorontsov Colonnade. This year we won’t, due to renovation issues, but by the next year it will be repaired. There we put on a really magical, beautiful light show, with an installation on the columns. And the place is stunning, there is the sea, the standing colonnade, and even people who have seen it all believe that this is a world-class place for such event. So next year you should schedule your visit and come — it’s worth it!

OR: I have always asked your other colleagues about the difference between the Odessa sound and the musical styles from competing classical schools? Is there such a thing as the “Odessa school” today? Is there something left of what used to be or is it just a myth?

AB: I must say that the piano school is almost gone, because the Moscow school, in the post-Soviet era, has become ever more dominant. Well, I am here, a living representative of the typical Odessa school, as Emil Gilels was at first, but what is peculiar to the differences between the Odessa and Moscow schools is that Odessans play the piano more gently and smoothly, not so aggressively. But for the violin, the Odessa school still lives and triumphs because of the Stolyarsky school. Oistrakh and several other teachers who left — they were very pedagogically prolific, spreading their teachings around the world in the 30’s and 40’s. And the softness that we typically hear, which is intrinsic to the violin, is actually a product of the Odessa school. So, the second wave took place in the late 80’s, when a graduate of the Stolyarsky school, one Zakhar Bron, took all this Odessa technique and approach to sound and quality and went to Novosibirsk. This is where those two phenomenal prodigies arose – Vadim Repin and Maxim Vengerov. That was really a European sensation. By the age of 11 or 12 years, they played better than anyone else in the world and they are still in the top 5 of the world absolutely. After working with them, Zakhar Bron went to Europe and became very active in teaching. As a result we are now looking at the biography of the violinists of the world, and almost all of them somehow were taught by Bron and adopted the basics of the Odessa schools. In regard to the violin, the Odessa school is still simply the world champion.