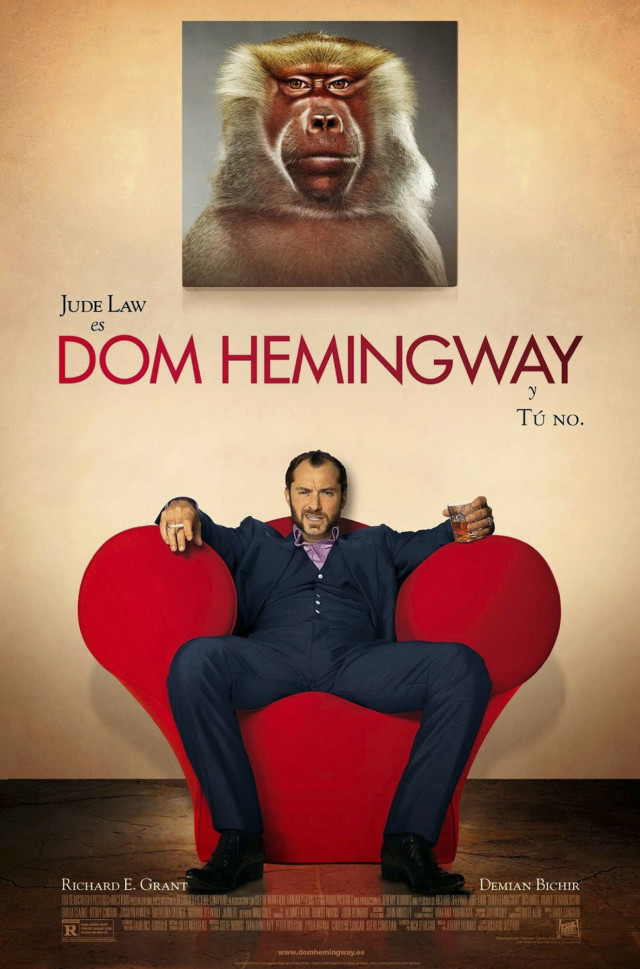 Seeing a film subtitled, without dubbing, can be a great way of learning foreign languages. And for those who are fluent in foreign speech, it’s a special pleasure to hear the actors’ real voices. Of course, today’s dubbing technologies are quite advanced, but many cinephiles still feel that it can not replace the original sound.

Buying DVDs or watching films online is a compromise. Not bad at all and very convenient, but it can never compare to the special atmosphere of a movie theater where you can see everything on a big screen, sharing popcorn with your friends.

In Ukraine, audiences are used to having foreign movies screened with Ukrainian dubbing, but in other countries practices differ. Perhaps it is worth learning from some of them.

There’s a special designation for a cinema hall where films are shown without any dubbing — “VO” cinema, which means “version original.” Such movie theaters are widely popular in most European countries, including Spain, Italy, France and Germany. Germany is a true European leader of movies screened in the original English. There are about ten such theaters in every German city, with Berlin and Munich unsurprisingly having the most.

When attending a movie showing in a German theater, check the notes: OV (original version) just means a film without dubbing, while OmU (Original mit undertitels) also provides subtitles. This is especially important in Berlin’s Babylon Kreuzberg, for instance, where the chance of accidentally happening on a film in Dutch or Swedish with no subtitles is really high.

VO cinema is also very popular in Barcelona, with eight theater locations in different corners of the city. There are fewer in Madrid, Milan and Rome – but still not a problem to find. The same is true for Paris, contrary to the popular belief that Frenchmen have a categorical dislike for English. Generally, the more touristy a city is, the more theaters include VO screenings in their programs, due to profitability.

Google’s has nothing to say to the query “VO cinemas USA” – because almost all foreign films are shown subtitled with original voices in the United States. An exception is only made for a few kinds of Japanese movies. Funnily enough, sometimes British films are dubbed in America because of barely understandable dialects.

The situation is nearly the same in the United Kingdom and Australia. Mostly it’s subtitles, and only cartoons can be dubbed for audiences that can’t read yet. In fact, dubbing is considered unprofitable, which is why many countries decline to do it. Just the opposite in Ukraine — distributors still think showing movies in the original language is commercially disadvantageous.

Japan and Southern Korea are very close to Europe in terms of dubbing vs. original version showings. Most foreign films are shown with subtitles, but even if they are dubbed, you can still find additional screenings in the original language. Tourists in Tokyo mostly visit cinemas situated in the luxurious Roppongi hills.

In China, some domestic films are dubbed due to the country’s wide linguistic diversity among the regions. Separate soundtracks might be created for Tibetan and Mongol audiences. Foreign films are usually shown in dubbed Chinese, but there is a tradition of showing the movie subtitled on the opening weekend and there are a few VO cinemas in Shanghai and Beijing.

In Ukraine, the standard procedure is for all foreign movies to be dubbed in Ukrainian. “Is there any place to watch a new release in English?” is a frequent question from international tourists. To tell the truth, there aren’t many.

In Kyiv, there are about four cinemas regularly showing original versions. Among them is the famous Zhovten cinema, one of the oldest movie theaters of Ukraine’s capital. No less than a third of its program is in English. Another famous venue, Kinopanorama, offers VO shows four times a week: on Tuesdays and Thursdays at 3pm and 9pm, and at 3pm on Saturdays and Sundays. Usually, films are changed weekly.

Occasionally, there are some VO showings in big cinema networks like Butterfly Cinema. Another interesting option is English movie nights at America House on Mykoly Pymonenka Street. Events there are free, but you should bring an ID — a passport or driver’s license.

Original version movie showings are rare in Odessa. Among the big chains, only Planeta Kino lists movies with original sound and subtitles, but the two branches of the chain are both situated in remote areas of the city.

One good opportunity of seeing a film in the language of the original is during festivals, where movies are usually screened without dubbing. Weeks of European cinema are regularly hosted by such locations as the Green Theatre, Hub Living Room and Rodina movie theater, but it’s best to check the program ahead of time because some movies can be dubbed.

Since watching films in VO is useful for practicing language comprehension, many language schools use this as a learning tool. It is not the same as going to the theater, and usually older films are used, but it can be an interesting experience anyway. In Odessa you can try Speak Well for English movies, Alliance Francaise for French and Bayern House for German.

Why are so few films are shown in original versions in the cinemas of Odessa? Hypothetically, this is unprofitable, though the experience of other countries proves otherwise. In any case, both Ukrainian cinema and the Ukrainian movie-goers have changed a great deal in the past few years, so perhaps the perception and practice of dubbing foreign films will change as well. Let’s wait and see!