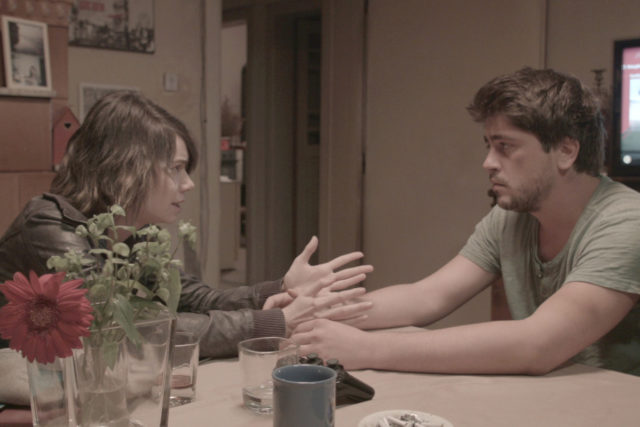 What boundaries do people have in life? Of course, different people have different answers. The Romanian film “Illegitimate”, directed by Adrian Sitaru, deals with one of the most taboo boundary of them all: incest. Twin brother and sister, Romeo (Alina Grigore) and Sasha (Robi Urs) are in love, a love that probably formed a long time ago, but has only manifested into a physical relationship when they hit their early-20s. Sasha is upset with her actions and attempts to stop the relationship many times, but it is truly hard for her to stop loving Romeo in that way.

To add onto that problem, the other siblings, Gilda (Cristina Olteanu) and doctor Cosma (Bogdan Albulescu), discover that their father, Victor (Adrian Titieni) “prevented abortions” before abortion was legal in Romania in 1989. It’s never specified what actions “prevented abortions” consist of, but he is truly against them. This issue fuels family tension and it boils over when it is discovered that Sasha is pregnant with Romeo’s baby. Will Victor change his mind when it is his children having a baby together? What are his boundaries – or the rest of the sibling’s boundaries?

The film was well shot and was an interesting way to question the morals of the audience. In fact, consensual incestuous relationships are legal in many wealthy countries in Europe, South America and Australia. Personally, this was not my favorite film, but it was an interesting watch nevertheless.