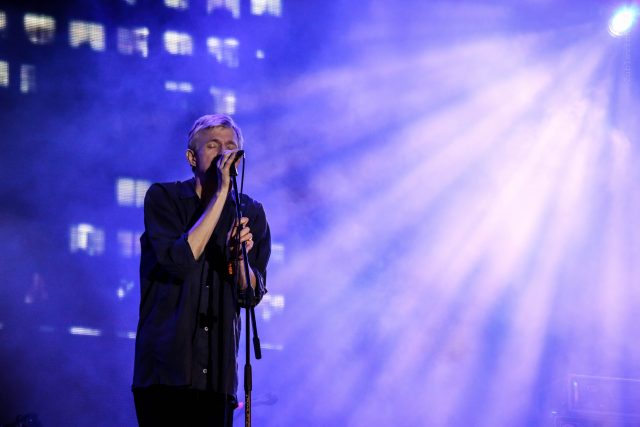 World famous Swedish musician Jay Jay Johanson performing in the Odessa suburb of Chernomorsk sounds like a fantasy, but on August 26th  it came true when he gave a concert as a headliner of the XV Koktebel Jazz Festival. Right after the show, The Odessa Review (Yevgeniya Seleznyova and Olena Zublevich) interviewed Mr. Johanson backstage.

The Odessa Review (O.R.): Today you presented some songs from your upcoming album. Would you please share some details about it?

Jay Jay Johanson (J.J.): We’ve been recording an album last year and it’s about to be coming out on the 15th of September. “Jazz Koktebel” is the last festival we’re doing this summer, and then the tour starts in the middle of September, it’s going to last till  next summer, when the festival season starts again.

The album is called “Bury the Hatchet”. It’s about making peace and becoming friends again. The idea is we shouldn’t keep on fighting – let’s try being friends instead. Most of my songs are about all the same – the relationship issues, so “Bury the Hatchet” is definitely like one of these things.

O.R.: How different is the new album compared to your previous records?

J.J.: It’s difficult for me to say, maybe it’s easier for the listeners to figure out. I think it’s just what I have always done, a typical Jay Jay Johanson record. Not a big change for me, but people may hear a difference.

You know, I’m very inspired by jazz music, as usual doing it in my kind of a pop  arrangement. I’m also very inspired by soundtracks and horror movies, and there’s a lot of drama going on – like always in my music.

When it comes to the drama I play a lot on the contrast between quiet and noisy, soft and hard. Contrasts are important to me, so in the sweetest songs I always want something brutal to happen and make it stand out even more.

O.R.: Which music is a subject of interest for you? How do you usually discover new things to listen to?

J.J.: Well, I’ve got a couple of friends who introduced me to some really cool modern stuff, like electronic music etc., but I’m mostly curious about what was playing in the psychedelic years of the 60s and 70s. I’m very curious about and would love to hear some more Ukrainian musicians!

O.R.: Your lyrics – are they personal, are they about you, or do they describe something imagined?

J.J.: They are all absolutely personal! My lyrics are my diaries, it is the most private thing that can be.

O.R.: You have already been to Odessa and Kiev, what other  places would you like to visit in Ukraine?

J.J.: Well, we’ve also been to Kharkov, guess a couple of years ago. But that’s only three cities in Ukraine that I’ve been to. It’s a big country, we’ve absolutely got a lot more areas to cover.

O.R.: And what about your “Bury the Hatchet” tour, is it going to include Ukraine as well?

J.J.: Yes, we’re gonna come back to Ukraine again, absolutely! The dates are being discussed right now. I don’t think it is going to happen until the 2018s beginning.

O.R.: Well, what is your favorite thing about being an artist?

J.J.: You know, all my songs are starting with pen and paper, some sketches written down. But then, when I sit by the piano and start talking by the cords and singing loud, then listen to the very first record – I realize that just a scribbling on a piece of paper starts turning into a new song, and it’s a great pleasure.

Then, of course, when we meet with the musicians in the studio, it is also a big fun with the guys. I usually start the actual writing process alone, I do it when I’m sad more or less, but later, when we arrange it and work on the song together, we do it with joy and fun, my musicians are all my friends and it’s very enjoyable.

The biggest pleasure is actually when the song becomes a song. The first time it happens I guess it is the same as for a painter, when you have an idea of what you want to do, and then it starts taking shape on the canvas. And when you present a new song to the audience and see if they like it, it must be same as for a painter when he puts up an exhibition and sees if the people come to the vernissage and whether they like it – I guess it is all the same.

O.R.: You’re a person of art with education in arts. What do you consider beautiful, what are your personal aesthetical standards?

J.J.: Oh, shit, I don’t know! Well, I prefer something unique rather than classic; I want something that is different, standing out from the rest of the crowd – that is always the most interesting.

O.R.: You’ve mentioned once before, your son learns music, too. Does he still do that?

J.J.: Well, yes, he sings better than I do! I mean, he doesn’t need to take any lessons in that. But he hasn’t really started studying music yet. He’s sitting by the piano and he’s got a couple of applications on his phone, doing drum beats and all that things. But we’ll see, we’ll see about the results. He’s pretty bored with me as I’m so totally involved with the music all the time. I don’t think he’s gonna do it when he grows up, don’t think he wants to become like Dad. 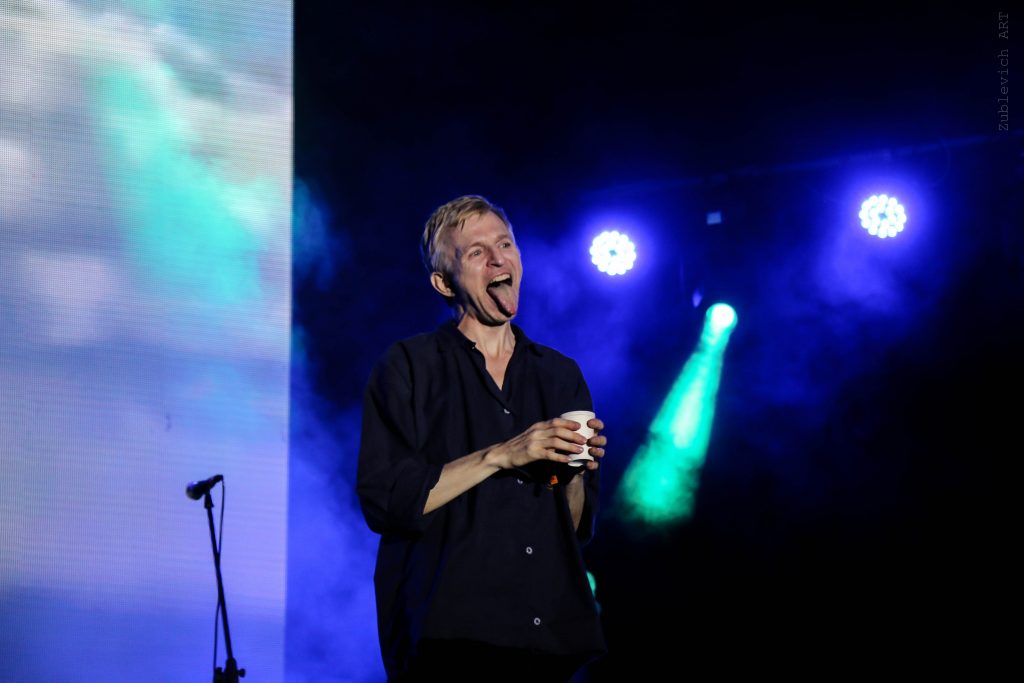 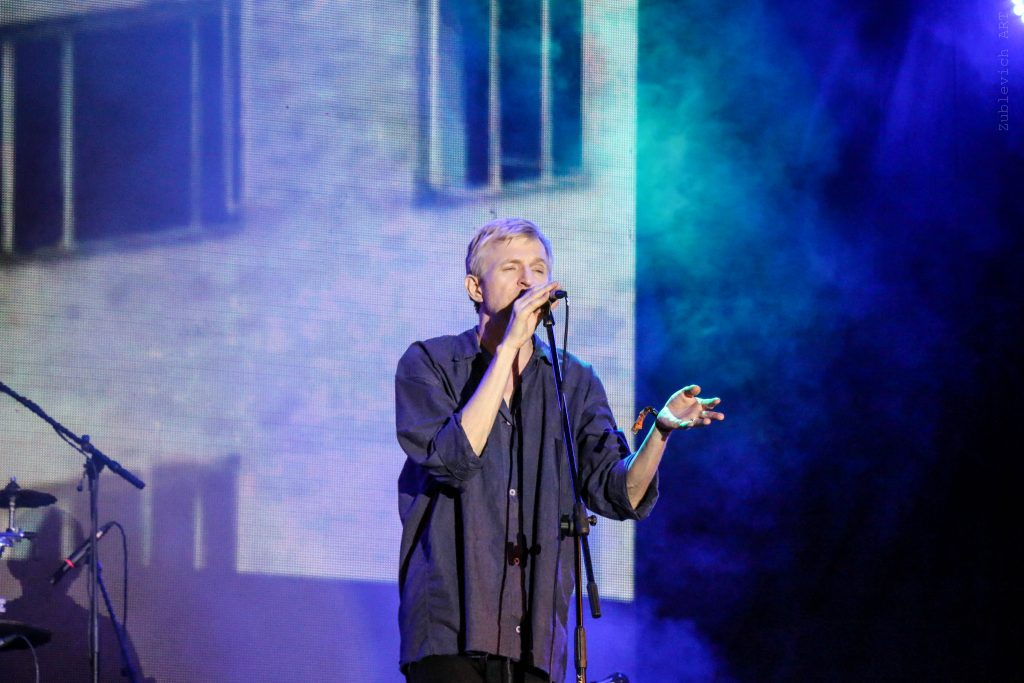 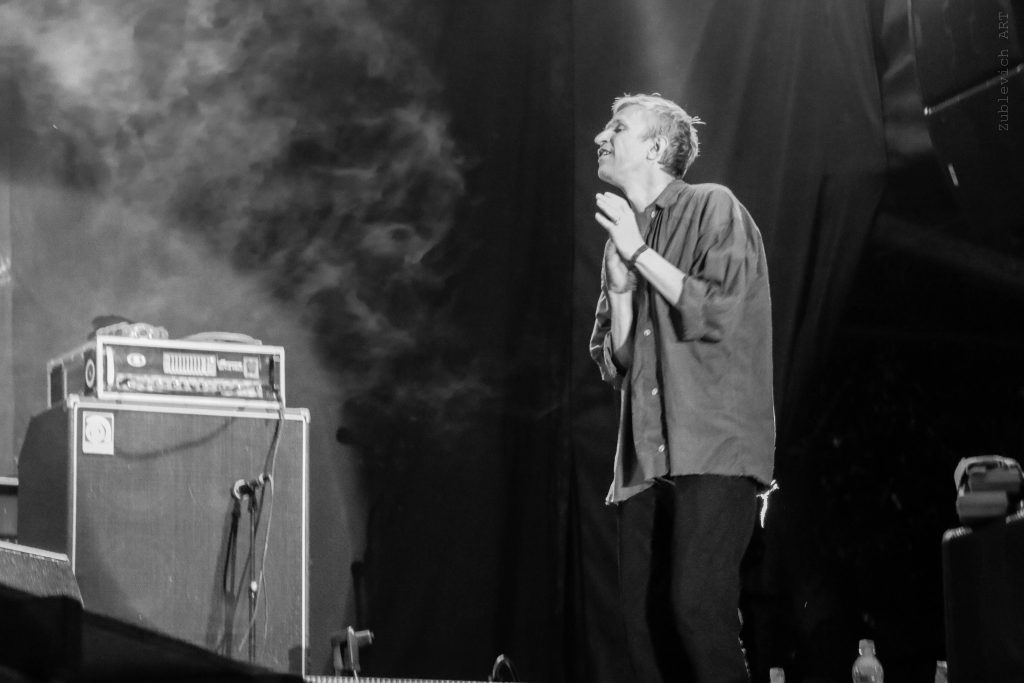 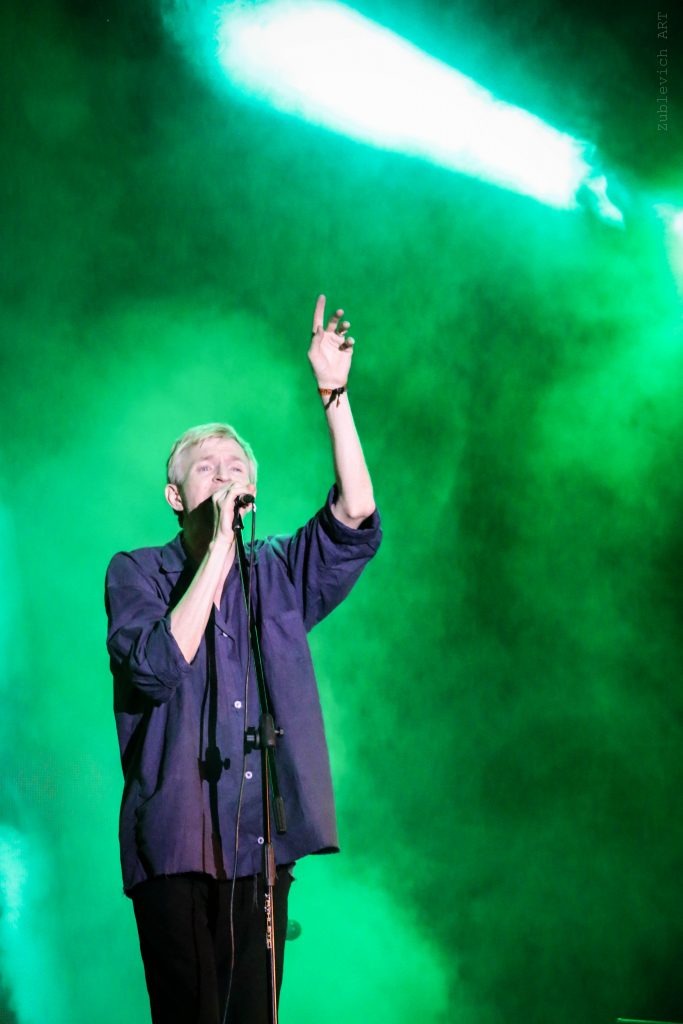 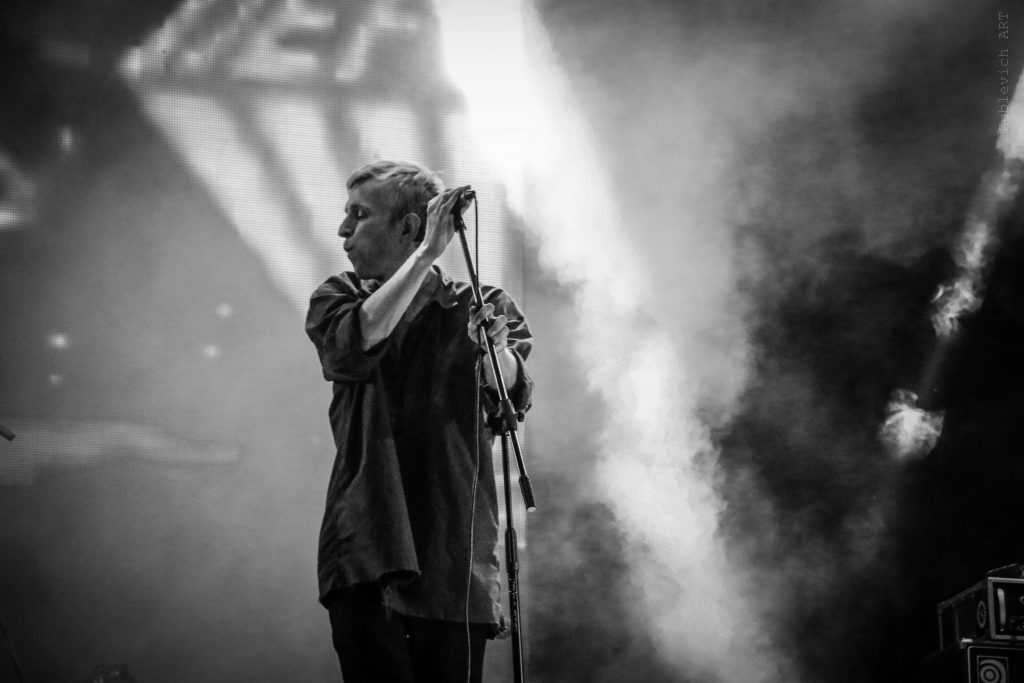 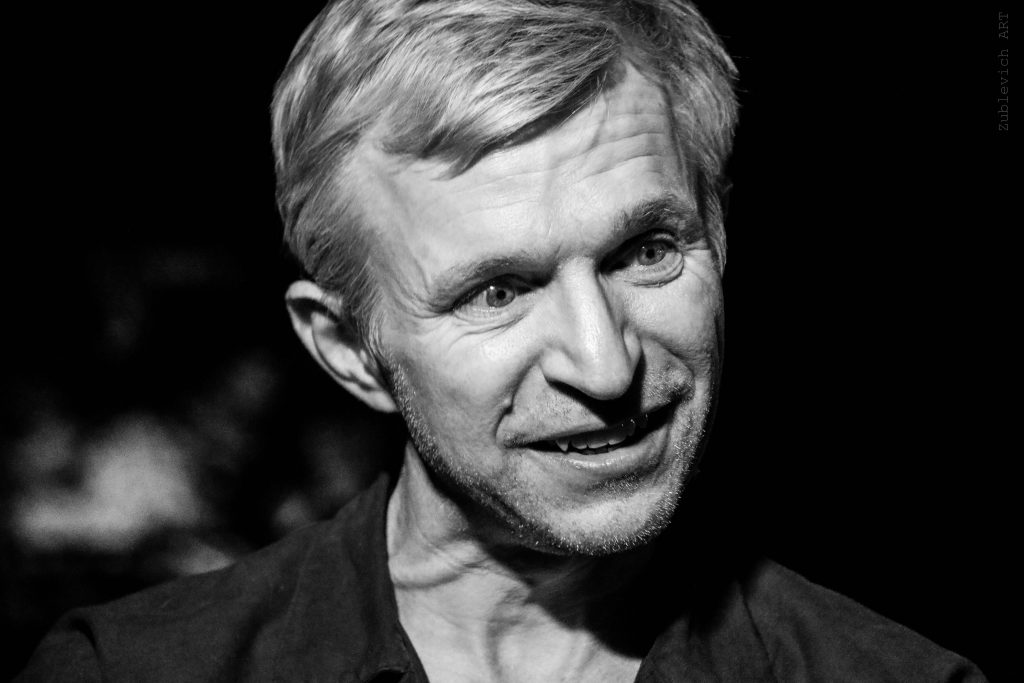 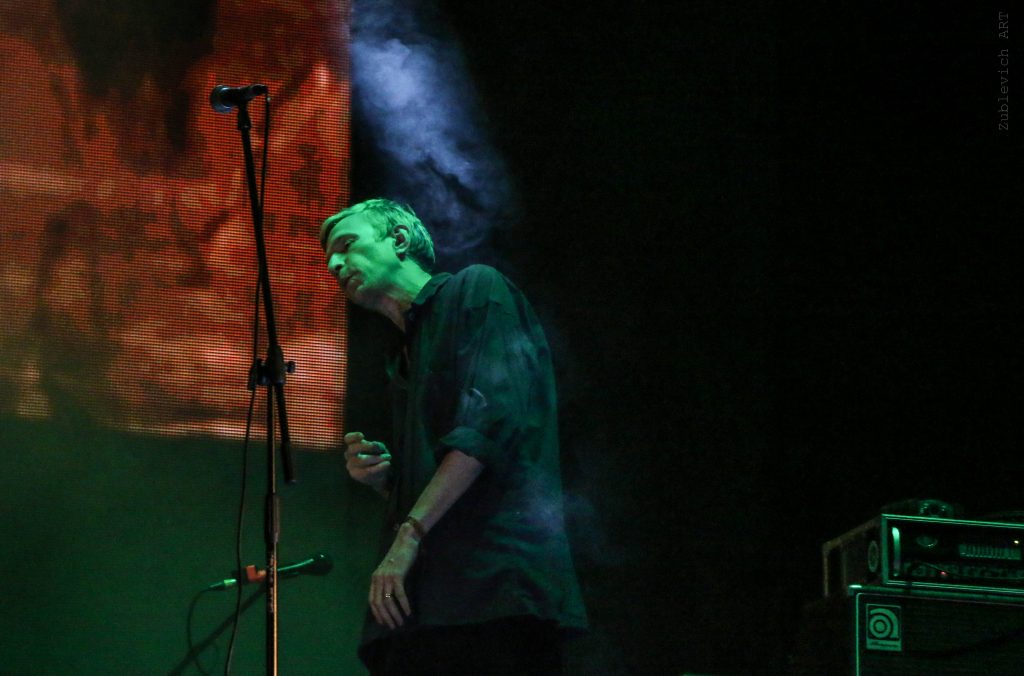 Olena Zublevich is a photographer and artist living in Odessa.