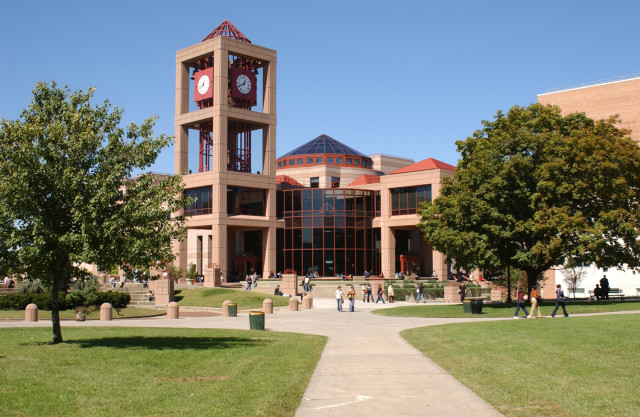 A Russian-American student with family roots in Ukraine, who studied with the great poet at the City University of New York recalls his magnetic personality.

The first person to have ever stood in front of a blackboard with chalk in hand to teach me in Russian will be buried today in a cemetery southwest of Moscow.  He will be memorialized next to the graves of his peers, great figures of Russian literature such as Pasternak and Korney Chukovsky, surrounded by the resounding echoes of beauty and pain that float around historic Peredelkino.

The last time that we really spoke he commented on a term paper I had written; I ignored the red ink and the grade, I wanted to know what he thought. His response: “You said what you wanted to say, what you meant to say.” Now I shall try again.

We met by accident, in the small print of a course description in the 2002 fall bulletin for courses at Queens College, the City University of New York.  I was two months short of my 19th birthday and had no idea that he was teaching there. I was just browsing the courses in the European Languages department.

A bell certainly went off in my head. I had been shown his Babi Yar by my parents when I was younger, was told stories of what he had “done for us,” for the Soviet Jews. Other than that, I had not read much of his work and to this day I fall very far short of having read all of it. I will say it now as it bears repeating: for me that was never the point and it is not the point now; criticism has its place and significance, but by definition it is outside looking in. I had the rare opportunity to step inside and have a look around.

The first impressions were based in sound. That dynamic voice both in Russian and English (and an occasional hilariously inflected Spanish) which equally percussed the consonants, shaped sonorant vowels. Then that prosody, with the rises and falls which enticed the hairs on the back of your neck to do the same, it came and went, an instrument played with restraint and abandon. It didn’t matter if he was telling jokes or horror stories, reading poetry or reminiscing, in a small classroom, in an office, a hallway, on the street or in my car. The effect was always there. Yevtushenko and his voice were full of life, an anxious yearning to live.

Memory comes into focus with color and emotion, the creased pale face against the ornate ironed drapery of suits and jackets and ties and scarves and hats. It comes in leitmotifs, objects, snapshots: the tangible regret and weathered understanding of his marriage to the poetess Bella Akhmadulina, the nostalgia for mistakes. Those glasses coming on and off for emphasis. The veins and tendons of the face and neck strained to the limits as he recited “Dwarf Birches.”

I distinctly recall Yevtushenko exuding an exciting boredom, the exhaustion of speaking to people who remember you as a young man, of speaking about the past being more important than the present. It often seemed that we were as entertaining to him as he was to us. One time when we were driving through Queens he remarked in passing that he was “tired of these babushkas and could we please just go see a movie.” Yevtushenko not only loved to laugh, at people, with people, and, at himself. He would make fun of our grammar and certain semantic choices in Russian particularly when they implied some sort of tawdry double entendre (my friend remembers accidentally saying that she and I had “had” the same English teacher at different times, an ensuing belly laugh and as she tried to correct herself and use a figurative phrase and he told her that he “preferred her version”). He so easily transitioned from the comical into the serious and then right back, so readily switched roles from orator to interlocutor.

The human drive to acquire knowledge and then the strong desire to pass it on is unmistakable. Real teaching requires watching the student, trying to empathize with them closely and actively waiting to see if they understand, maybe even whether they might help you understand better the very thing that you are trying to convey. In the process of teaching and relating to people who had no expectations, Yevtushenko was both disarming and disarmed. Watching him onstage, I viscerally felt a missing element, the sound and the fury, they were still there, but part of the person itself was gone.

An episode: We were in traffic in my 1992 Honda Civic heading back from an art gallery in Jersey City (finding that gallery was a fantastic ordeal, there was no GPS, a vague address, and at one point Yevtushenko rolled down the windows, waved at a group of young Hispanic men standing on the sidewalk and shouted “señor!! donde esta el museo Ruso?”)  and there in bumper to bumper monotony Yevtushenko responded in less than four sentences to much of the canon that has been written about him during his life and now shortly after.

Unprompted and pensive, he would tell us that he grew up surrounded by people more talented than he was, by better writers, he went past admitting this, and he stressed it. He also said that he got lucky.  He spoke of the envy that resulted, envy that persisted, that would persist.  We did not ask but he proceeded to speak of Joseph Brodsky, he said it was a misunderstanding. I never pressed further, it wasn’t the point, not my job, not my place, and I didn’t really care.

The Yevtushenko I knew carried pain and knowledge underneath the plumage, he was not self-obsessed, just obsessed in general with everything he saw. He made you look, and when it wasn’t on a stage and in front of an audience and it wasn’t his job to be looked at, that is when your eyes and his would be pointed in the same direction.

I don’t have a single autograph, no one in those classes, neither my friends nor the older members of the community who just showed up, ever asked for one. It had never occurred to us to bring the man a book of his own poems and ask him to sign it, the mark that was made had been made implicitly. It was and remains self-evident.

A few words about Babyn Yar.. The accusations of the poem have been amended and a monument now stands over it. We mourned the dead again, 75 years later, this past Yom Kippur. No, Yevtushenko was not the first to write about the ravine, not the second, not the third…. I personally spent two and a half years tracking, researching, and translating a poem (which was published in this journal) that was written in 1943 by the great Ukrainian poet Mykola Bazhan after he stood in those ashes.

No, Yevtushenko was not the most original nor the main authority on Babyn Yar, nor was he the only one to echo that pain: but he was the loudest. And he made sure that he was heard, maybe that was one of his greatest gifts: getting under your skin, for better or for worse. In 1961 maybe that is all that mattered. I believe it matters still.

In 2003 my teacher told me that my writing conveyed intent, that I had written what I had meant to write.  Now I mean to pay my respects, and to say goodbye.

Lev Fridman is a writer who lives in New York City. He previously wrote for The Odessa Review about the work of the seminal Ukrainian poet Mykola Bazhan.