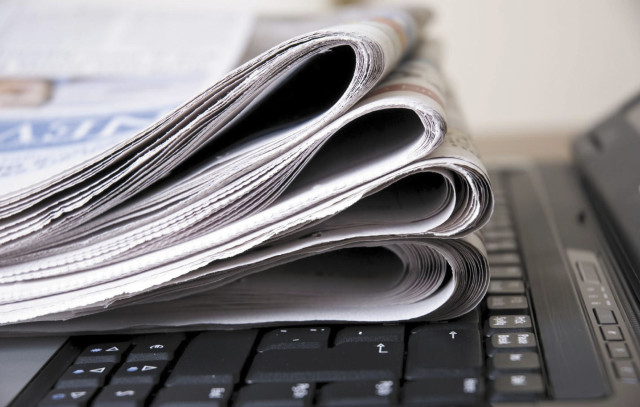 It turns out that the greatest threat to freedom of the press in Odessa is economics rather than censorship.

Odessa,‘the jewel of the Black sea’ is almost literally awash in newspapers and television stations. Looking at the kiosks lining the streets, this doesn’t appear to be the case – there is a wide variety of publications, but nothing that appears exorbitant for the third largest city in the country. Yet, the media registry tells another story: as of last year, the region counted around 550 registered print-edition papers and 40 regional television companies. For comparison, Kharkiv has around 86 print edition publications and about 10 local channels. For comparison sake it is important to remember that the entirety of the Poland media market counts around 500 registered print publications.

Odessa’s glut of news media might seem unsurprising in a city fabled for it’s literary and social excesses. Unfortunately, rather than representing an exceptional degree of participation in journalism and media, and a healthy media market, these numbers are actually indicative of the financial and political challenges besetting it.

While a number of Odessa’s many publications occupy specific niches – such as Gennady Chabanov’s aptly-titled Pensioner – a great number of them are “frozen,” that is holding registrations without actively publishing anything. As of early 2016, around 20 newspapers were being published on a regular basis. This pattern of holding  socalled ‘frozen registrations’ and artificially inflating their prices to prevent their acquisition is a consequence of political ownership. Various figures from a variety of political parties, particularly those who are members of the Party of Regions and the Poroshenko Bloc, own a large number of media organizations in Odessa. Many also engage in varying degrees of interference in their content and editorial policies. The result is a media sphere where the costs associated with establishing a new publication are frequently lower than purchasing an existing one, even if the existing publication has effectively ceased publishing. Meanwhile, vested interests hold onto the old registrations, frequently only publishing new editions in the run-up to elections.

The resulting glut leads to mutually reinforcing set of financial and ethical challenges, which are faced by journalists working at larger media organizations as well as smaller, independent media. With the media market as saturated as it is, there is little natural competition for advertising, and independent media organizations must struggle to survive. Those without the benefit of political or corporate patrons often rely on socalled “dzhynsa”, or commissioned stories lacking indications of their financing. While this practice contravenes democratic standards of journalistic ethics, and is technically prohibited under Ukrainian laws on advertising, it has remained relatively commonplace. A 2015 study conducted by the Institute for Mass Media (IMI) and GFK Ukraine found that 21% of stories in Odessa’s printed editions fell under the category of dzhynsa.

Gemma Pörzgen, a Berlin-based freelance journalist and Reporters Without Borders (RSF) Germany board member conducted 30 interviews throughout Ukraine last year for a report on media development post-Maidan. She explained to The Odessa Review the issues that surround the prevalence of dzhynsa: “Most of my interview-partners admitted openly that their publications only survive thanks to articles sponsored by companies or even politicians. Many journalists lack the awareness that such practices are hardly compatible with journalistic ethics and professionalism”.

Relatively low pay for journalists, especially those working for smaller and independent organizations, coupled with incentives to publish commissioned material has led to a dearth of substantive reporting in specific areas: IMI’s study noted particularly poor coverage of internally displaced persons, local social issues and local civil society activity. Far more focus was placed, perhaps predictably, on crime and local political events. A perusal of the most popular local newspapers, such as Vestnik, Vechernyaya Odessa and Odesskaya Zhizn’ yields stories primarily dealing with local interests – legal action taken against vendors working in prohibited areas, the consequence of the appointment of the new governor, Maksim Stepanov, and so on. There is however precious little investigative work, perhaps understandably, given the reticence of publications to hire dedicated specialists or commit to ongoing research. As Nelya Shevchenko, news director at television station ODTRK commented in Reporters Without Borders’ report, “investigative journalism doesn’t exist here – no journalist is willing to take risks for 58 euros an article.”

Ukraine is not different from anywhere else that the readership is migrating away from the conventional printed press and television, and onto the web. As of 2016, 67% of respondents to an Internews and USAID poll indicated that they use the web to get news, which is a marked increase from previous years. This is especially true amongst Ukrainians under 35, who often turn to Vkontakte and Facebook for information. Looking at the social media pages for local publications such as Dumskaya, with their vast number of followers, this is particularly evident. Online publications like Odesskiy Pablik have achieved massive readership through use of social media – Odesskiy Pablik’s VKontakte page, Odessa, Kak Ona Yest’ (“Odessa, as she is”), has more than 400,000 followers, which is no small feat for a local-interest publication in a city of less than a million.

Television and conventional print media remain king amongst Odessa’s readers over 35, but web platforms offer the greatest opportunity to circumvent the challenges of Odessa’s media environment: over saturation, the deep presence of political interests, and  undemocratic reliance on commissioned content. Here, self-censorship is less likely, and financial motivation are less relevant to authors. Recently emerging platforms like Mykhailo Meizerskyi and Natalia Steblina’s HappyMisto as well as Oksana Maslovata and Mukola Vdovenko’s Kulturometr make use of a citizen-journalism model and focus on cultural stories respectively. Online media outlets have been statistically much less riddled with dzhynsa, and have enjoyed an increase in public trust, as was indicated by last year’s Internews-USAID poll.

This is not to say that the shift to online media will resolve the challenges of Odessa’s media environment. By the conclusion of the last year, the propensity of the internet and social media to propagate sensationalistic and misleading news stories has become abundantly clear to the global community, particularly to Ukrainians. Nationwide polling has shown that Ukrainians are more aware of practices such as dzhynsa, but also less confident in their ability to distinguish it from actual news. Of the 14 journalists interviewed by IMI last year, virtually all of them stated that parsing news content in Odessa requires specific critical “reading skills”.  So while the inevitable shift to online media may reduce reliance on commissioned content, as well as the influence of politically-aligned editors, it also exposes readers to a new array of potentially false or misleading news stories. However, as Pörzgen points out, there is cause for optimism. “Journalists have space for free reporting and there is an opportunity to get support and even funding from abroad to overcome a difficult transitional period.” Perhaps most critically, “there are a lot of great journalists in Ukraine in the younger generation, which is already part of a modern and multimedia practice of journalism. Journalistic education is changing from an overly academic approach to a more practice-oriented journalistic approach.” It is up to this new generation of journalists to rise to the challenge, both in Odessa and throughout the country, cultivating a media environment which is responsive to the imperatives of Ukraine’s political and economic transformation.

Jack Margolin Is Associate Editor Of The Odessa Review.